Overview
Introduction
1. Syria "UN aid covoy bombed before any food could be delievered to besieged rebel held areas"
- Differences to Dresden 1945
- How it was staged
- Goals

Introduction
Immediately after the psy-op "UN aid covoy bombed before any food could be delievered to besieged rebel held areas":
Sep 21, two weeks into the "cease-fire", Illuminati media: "Russia, US clash at UN as air strikes pound Aleppo".
Correct title: Russia, US & 60 more UN puppet states pound rebel held Aleppo with air strikes, from barrel to incendiary bombs.
"Truce" same as since US (Sep 2014) and Russia (Sep 2015) officially joined Assad/Iran in bombing the real rebels under the pretext of bombing ISIS (which are in fact part ot the illuminazi military).

Syria "UN aid covoy bombed before any food could be delievered to besieged rebel held areas" vs Dresden bombings 1945.
Same as Dresden 1945 - both the "leaders" of the bombers (puppets Churchill, Roosevelt) and the leader of the bombed belong to one and the same secret society.

Differences to Dresden 1945
1. Bombing of Dresden 1945: agendas included a last attempt to rally germans under Hitler. Now it's the opposite: another attempt to have bombed civilians rally against the rebels.

2. Dresden was scripted as "no doubts about who are the leaders of the bombers", a role played by puppets Churchill and Roosevelt, who were doing nothing but to execute orders of Adolf Hitler.
The script now: "Kerry and Lavrov have an extraordinarly emotional dispute over who is responsible for the bombings" while suggesting that "in fact it was not an air strike and the rebels did it".

3. Now you have to also enquote
- "bombers" and "bombed", because it's yet another fake blood psy-op.
- the "leader" of the "bombed", Ban Ki-Moon, playing UN Secretary General, yet another puppet.
Reminder: Dresden 19145: Adolf Hitler was not only the real leader of the bombed in Dresden but also, as Illuminati Grand Master before, during and after World War II, the leader of the bombers,

4. The Dresden bombings were meant to bomb only civilians, avoiding any hits on the nazi military, same as "US and Russia bomb ISIS in Syria".
The audience in the US and UK was not aware of it because it was obviously not reported by illuminati media, from BBC to the New York Times.
Now the psy-op starts with the grotesque pushed to the utter limits: one of the "leaders" of the "bombers" is also one of the "leaders" of the "bombed":
The impersonator of murdered Putin is president of bomber Russia, one of the UN Security Council members, playing "one of the world leaders" (together with the USA), which includes the power to veto resolutions.

How it was staged
Same as similar previous psy-ops in Syria, the cast includes fake rebels.
Same as "first moments of boy dressed in orange rescued after air strikes", staged just before the "truce", some of the actors are dressed as "White Helmets", the first responders to the criminal air strikes against civilians.

Syria: UN aid convoy "bombed" psy-op - Goals
1. Stage illuminati theater US v Russia.
2. Divert with staged fake blood from real blood, the real criiminal bombings of civilians ongoing for now 6 years.
3. Suggest that "the rebels did it".
4. Have a pretext to justify "halt to aid deliveries". Notes:
- the "halt" word is itself a psy-op, since there were no deliveries at all.
- the main agendas of the "truce" psy-op include pushing "demoralize the civilians under siege" to the utter limits, passing the message "give up all hope of ever getting food and halt to the bombings".
5. Have human cattle see "uninterrupted bombings, no aid" as "continuartion of aid deliveries after disruption".
This agenda resumes to completing the psy-op with "RESUME aid" headlines, "RESUME" playing the same role that "HALT" previously did:
"Airstrike hits medics in Syria as UN moves to resume aid": headlines illustrate all this. It all resumes to by simply mixing "truth in plain sight" and "black is white", two commandments of the illuminati religion.

CONTEXT
Illuminati apparently air bombing themselves - Reductionism: Germany to Syria: Hitler's Dresden 1945 to ISIS' Raqqa
From real bombs 1945 to videos repackaged as black is white and videos created with computer graphics.
From Dresden 1945 to Bamyan Buddhas 2001 and Palmyra 2015:
Illuminati use fake wars to "destroy idols of false religions":
Palmyra; staged "capture" by ISIS and coming "liberation" by Assad:
Reductionism in End Times - KEY to conspiracies. In fact nothing escapes its Laws.: Dresden 1945 to Raqqa Syria 2015 bombing themselves

World War III: original script released 1943 was a remake of original WW2 script, two of the ultimate reductions of illuminati end times.
The first reduction is implicitly stated: again the same original script.
The second reduction is what the original script was: a totally fake war with real blood.
The ultimate reason for all this: proving the illuminati anti-bible true, in particular that "Armageddon is a lie".
At tne end of the day not only WW2 but also World War III started as a real war mixed with fake wars.
As expected from the Laws of End Times Reductionism some of these fake wars were additionally reduced to fake blood.
Illuminati World Wars - only two were scripted.: WW3 script 1943 remake of WW2 original stalin

Heck, really? An own thread for this? Come on.
"Call elections, Mr. Clown. Go on, Mr. Clown, call elections if you dare!"
- Nicolas Maduro
Endless Dance

Erm the anglosphere bombed BOTH of them.
"Dogs aren't dangerous!" - General Woundwort 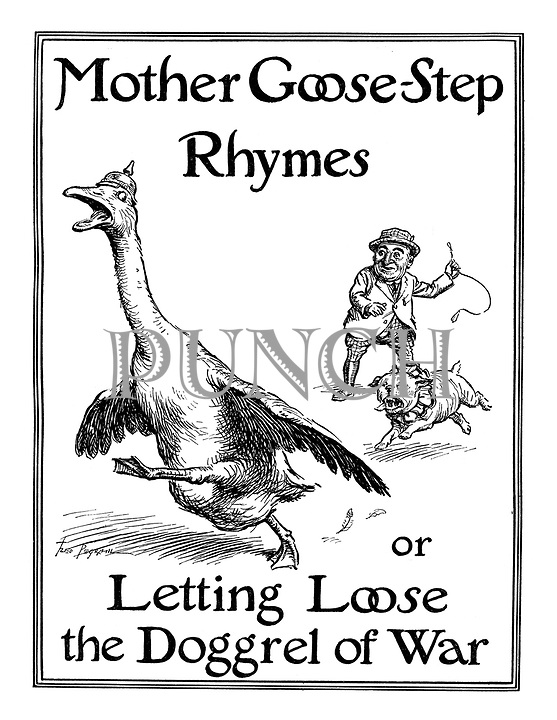 so the germans worked with roosevelt and churchill to bomb dresden to rally them to war against.... russia? I'm lost you need to explain the first conspiracy theory before you go into how this new conspiracy theory is relatable to the old one

The first goal, extended version:
1. Stage illuminati theater "US v Russia". The BIG LIE technique (the bigger the lie the more people will believe it) gives these headlines: "US, Russia take Syria battle to new heights".

Oct 20 - IV Reich alias UN-azi: pause bombs to drop leaflets resuming what happened, alias the war by terror tactics pushed to the utter limits, the thermobaric and bunker busting bombs against homes, in to two pictures: 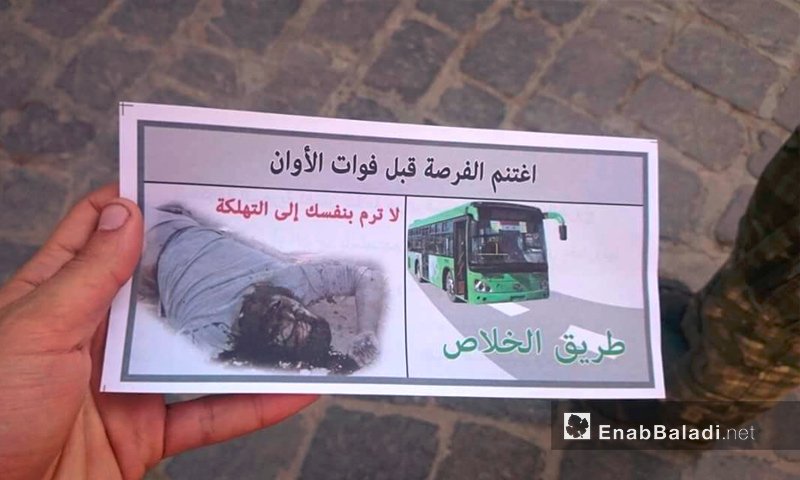 ===
### Reminder from what's going on in Aleppo, examples from the week Sep 21-28 alone:
The World is BOTH witnessing AND commiting unprecedented war crimes
One of the features of the Last Days started long before the climax was reached, in the last days.

Under the rubble
Sep 25 - Rescuing children from under the rubble after #Putin_Assad air strikes
شبكة الثورة السورية on Twitter
Aleppo Sep 24, 2016 Dead child and father covered in dust
Daniel Nisman on Twitter
Sep 22 - The bodies of 2 children and their father removed from rubble caused by Russian warplanes
The moment a child's body is pulled from the rubble of a home turned to rubble by illuminnazi warplanes in Eastern Aleppo.

Talk of parallel scripts:
All this while a few dozen kms to the north, separated by the buffer zone used to stage fake wars at will, nazi agent Erdogan plays his role in fake wars before the real deal, the attack to the real rebels.
Start here: Jul 17, 2016 - What was exposed worldwide only by the same Prophet who predicted it:
What will happen the day after the 2016 summer Olympics ends
The day after the 2014 winter Olympics ended "Putin entered Crimea" - The day after the 2016 summer Olympics ends Erdogan will enter Syria to crush the rebels fighting Assad under the cover of fighting ISIS and YPG,
It's called Illuminati parallel scripts.
http://parallel-and-reversed.blogspot.com/2016/07/day-after-olympics-syria-crimea-remake.html

Now what does this all have to do with you? Answer in fact #3 here:
Basic facts about human cattle - self explains why reading it won't have you weep about yourself
Facts listed 2008, each one illustrated with examples, last updated Feb 2016 with recent ones.
http://human-cattle.blogspot.com/2008/12/basic-facts-self-explains-why-reading.html
Last edited: Oct 20, 2016
You must log in or register to reply here.

Eric Holder: DOJ likely to indict trump and others for election interference...but Fulton County will get him first.
6 7 8