You can decide whether or not Progressive Education represents progress.

1.Once, we had the finest schools in the world. Now our children aren’t in the same league with those in other countries….and the downfall fits along side with the take-over of education by the Democrats/Leftists.

2. And while the schools were teaching real math, history and science, they never ceased to be American:
“Earlier American presidents, Republicans and Democrats alike, agreed on two basic goals: teach the newcomers English and make them Americans. The clear aim was to strengthen our national identity--to reinforce the unum in e pluribus unum--by assimilating the new arrivals into American civilization.”
http://www.aei.org/article/society-and-culture/anti-americanization/


3. Something has replaced the above:
““antiracism” teaching—some might call it Critical Race Theory (CRT) or social justice—take over the American education world with Omicron-like speed. Lesson plans, books, tips for in-class activities, discussion points, and curricula swamp the teachers’ corner of the Internet.
The proposals come from a metastasizing number of pedagogic entrepreneurs and activist groups, some savvy newcomers, some influential veterans like Black Lives Matter at School, Learning for Justice (formerly Teaching Tolerance), Teaching People’s History (the Zinn Education Project), the Racial Justice in Education Resource Guide (from the National Education Association), and, of course, the current star: the 1619 Project (the Pulitzer Center).


4. A significant number of American students are reading fluently and with understanding and are well on their way to becoming literate adults. But they are a minority. As of 2019, according to the National Association of Education Progress (NAEP), sometimes called the Nation’s Report Card, 35 percent of fourth-graders were reading at or above proficiency levels; that means, to spell it out, that a strong majority—65 percent, to be exact—were less than proficient. In fact, 34 percent were reading, if you can call it that, below a basic level, barely able to decipher material suitable for kids their age. Eighth-graders don’t do much better. Only 34 percent of them are proficient; 27 percent were below-basic readers. Worse, those eighth-grade numbers represent a decline from 2017 for 31 states.

…these results is that they make the highest-scoring state—Massachusetts, with 47 percent of students proficient—look like a success story rather than the mediocrity it is.

5. The findings that should really push antiracist educators [Democrats] to rethink their pedagogical assumptions are those for the nation’s black schoolchildren. Nationwide, 52 percent of black children read below basic in fourth grade. (Hispanics, at 45 percent, and Native Americans, at 50 percent, do almost as badly, but I’ll concentrate here on black students, since antiracism clearly centers on the plight of African-Americans.) The numbers in the nation’s majority-black cities are so low that they flirt with zero. In Baltimore, where 80 percent of the student body is black, 61 percent of these students are below basic; only 9 percent of fourth-graders and 10 percent of eighth-graders are reading proficiently. (The few white fourth-graders attending Charm City’s public schools score 36 points higher than their black classmates.) Detroit, the American city with the highest percentage of black residents, has the nation’s lowest fourth-grade reading scores; only 5 percent of Detroit fourth-graders scored at or above proficient. (Cleveland’s schools, also majority black, are only a few points ahead.)” 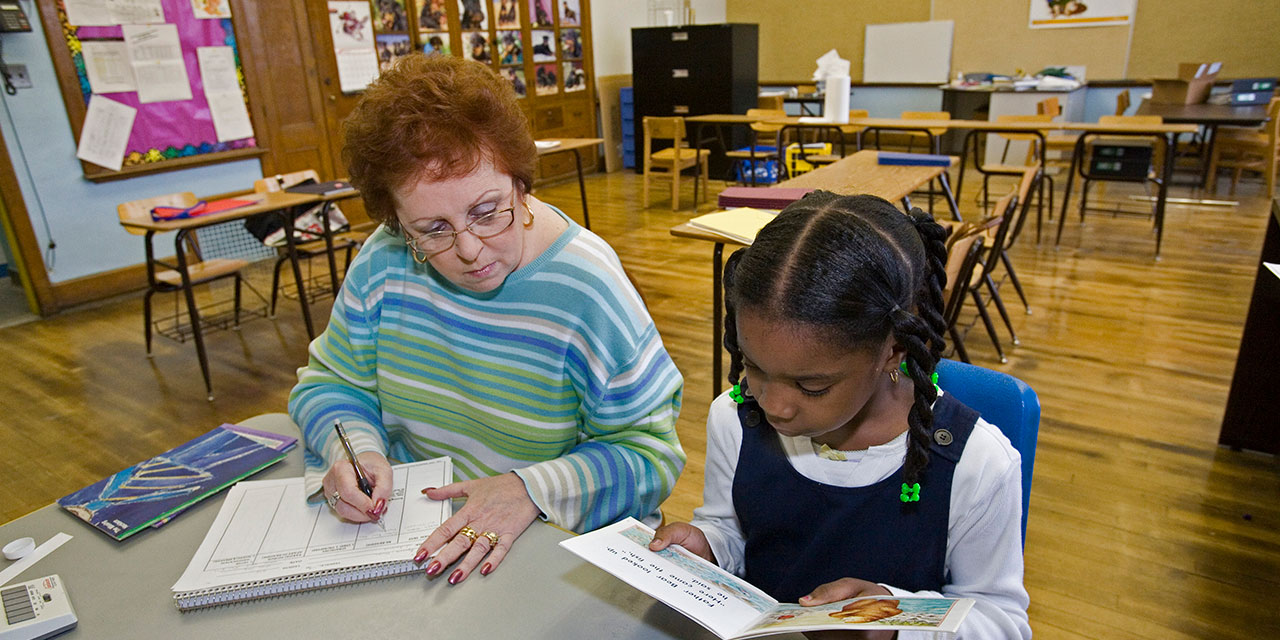 How Really to Be an Antiracist | City Journal

Which is the major political party?

What, exactly, is its aim with government school????

I bet you can figure it out.
People are most conservative on issues that they know most about. --Ann Coulter
OP

6. The Substitute Curriculum in place of actual knowledge:

A new curriculum released by Pollyanna, Inc., diversity consultant to over 60 high-priced elite K-12 schools, preaches that “all texts grapple with race, either explicitly or implicitly,” that “health can be experienced at every size,” and tasks students with planning protests in math class.

Pollyanna Inc.’s new “Racial Literacy Curriculum” for high school students injects a Critical Race Theory lens and radical far-left politics into several major subjects of study, including English, Math, History, Biology, and Art.
Whether it concerns immigration, climate change, prison reform, income inequality, the curriculum is a cornucopia of political litmus tests, where every subject is exploited as an vector to promote policies popular with the AOC wing of the Democratic Party.

Every lesson is grounded in the tenets of Critical Race Theory—that systemic racism undergirds every aspect of society, and accounts for all disparities between racialized groups. The curriculum is designed to be used whole or in part, but if fully implemented throughout a given school, a student could find themselves spending a full calendar year working through the material.”
VIDEO: New “Racial Literacy Curriculum” for High School Pushes Social Justice in Every Subject, Including Math

Still sending your children to the indoctrination factory????
People are most conservative on issues that they know most about. --Ann Coulter
OP

7. “The tragedy for black children and their families, as well as a nation trying to reckon with racial disparities rooted in its own history, can’t be overstated. If you want to make sense of racial gaps in high school achievement, college attendance, graduation, adult income, and even incarceration, you could do worse than look at third-grade reading scores. Three-quarters of below-proficient readers in third grade remain below proficient in high school. Before third grade, children are learning to read; after that, they are reading to learn, in one well-known formulation. All future academic learning in humanities, social sciences, business, and, yes, STEM fields depends on confident, skilled reading.

“The kids in the top reading group at age 8 are probably going to college. The kids in the bottom reading group probably aren’t,” as Fredrik deBoer, the iconoclastic author of The Cult of Smart, has put it. And the absence of a sheepskin is hardly the worst of it. Upward of 80 percent of adolescents in the juvenile justice system are poor readers, according to the Literacy Project Foundation. Over 70 percent of inmates in America’s prisons cannot read above a fourth-grade level. It’s been said that authorities use third-grade reading scores to predict how many prison beds will be needed. That meme is probably apocryphal, but the sad fact is that it makes sense.”
How Really to Be an Antiracist | City Journal 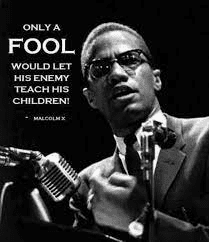 8. "It’s bad enough to teach propaganda, but teaching students to be propagandists is even worse. For example, in an Art lesson about “culture jamming” students learn how graffiti artists “broadcast subversive messages about race and social justice,” before themselves being tasked to produce their own art “challenging their viewers to think about an aspect of race or social justice from a new perspective.” In a subsequent lesson, students learn how to make their own prints as a tool for activism." 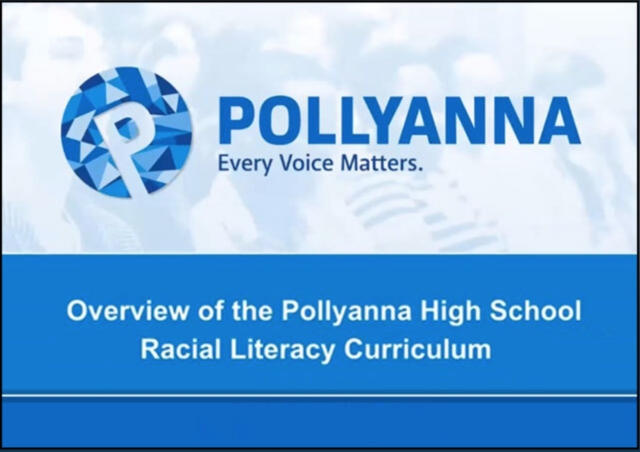 A new curriculum released by Pollyanna, Inc., diversity consultant to over 60 high-priced elite K-12 schools, preaches that "all texts grapple with race, either explicitly or implicitly," that "health can be experienced at every size," and tasks students with planning protests in math class. 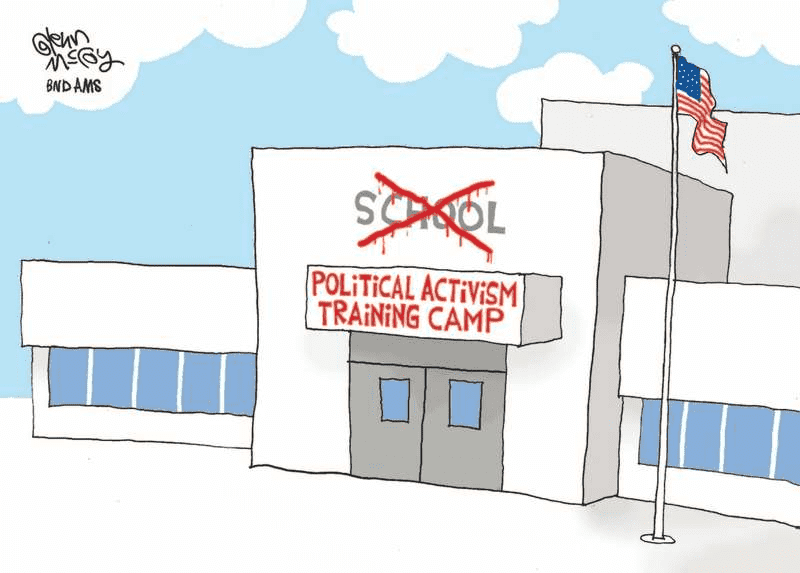 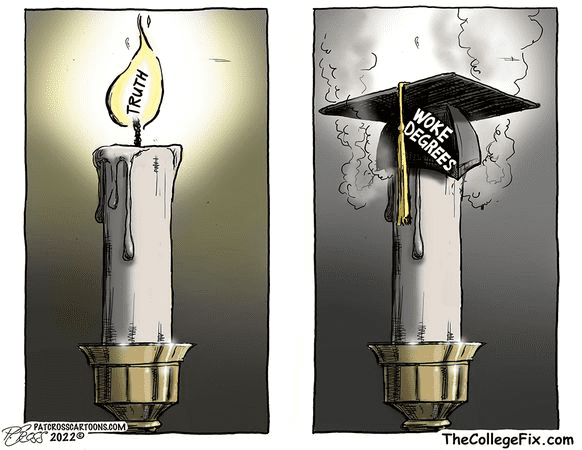 9. "....., a number of antiracist activists and educators have been blunt about their indifference to teaching reading.

What else could it mean when the chancellor of the nation’s largest school system scorns “worship of the written word” as an imposition of white supremacy?


Progressive educators are not only failing to factor in the sad truth about students’ reading ability but also overlooking the fact that American students do even worse in geography and history than in reading.

Another lesson plan for elementary and middle school students, this one recommended in the Pulitzer Center’s 1619 portal, reveals a similar chasm between politicized pedagogical fantasy and student reality. “In this unit, students learn to identify underreported stories of migration, and what is missing from mainstream media representations of migrants’ experiences,” the plan reads. “They analyze nonfiction texts and images, practice identifying perspectives in media, and synthesize their learning to form a new understanding of migration. In their final project, students communicate how their perspective on migration has grown or changed through a creative project, original news story, or existing news story edited to provide a more holistic picture of migration.”

The lesson’s unspoken purpose is to impress students with the putatively anti-immigrant slant of American news. But an elementary schooler probably doesn’t know what the “mainstream media” is and is even less likely to have read any of it. Basic readers will have difficulty deciphering words like migrant or immigration. (Unless they have family there, they also won’t know the location of Syria or Sweden, two of the immigrant countries mentioned in the lesson plan—there’s that geography problem again.) The same obstacles are bound to trip up the typical middle schooler; remember, 68 percent of eighth-graders can’t read proficiently. This is not education but indoctrination: teachers are being told to foist an opinion worthy of debate on ill-informed children, while denying them the capacity to evaluate it critically."

How Really to Be an Antiracist | City Journal 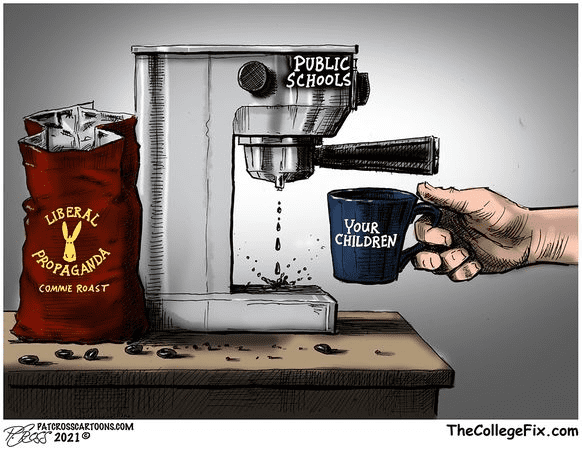 People are most conservative on issues that they know most about. --Ann Coulter
You must log in or register to reply here.

Public Schools Are A Stalking Horse For The Normalization Of Pedophilia

If You Don’t Think Government Schooling Is A Failure….
2 3 4

Democrats destroyed the lives of these children in Baltimore, will they ever pay for the damage?
2

The NEWER Official Discussion Thread for the creation of Israel, the UN and the British Mandate
93 94 95