Here's a modernism-paranoia 'yodel' inspired by the 'traffic-idealistic' films Scenes from a Mall and Dick Tracy.

Sleuth Roberts was a hard-nosed American detective and a big fan of Dick Tracy comic books. Like the fictional Tracy, Sleuth wore a fashionable trench-coat and hat and prowled around American cities for the FBI looking for signs of 'eerie misconduct' and pedestrianism-destabilizing criminal elements such as Al Capone dominion-ghouls, underworld runners, and urban spooks. Sleuth was invited to try out a special new time-travel experiment for the U.S. government and he accepted the mission to travel into the future (to 2010 Los Angeles) and investigate for signs of the enduring legacy of Al Capone.

When Sleuth got to modern-day L.A., he discovered that a popular shopping-mall was being haunted by an eerie 'spectre' which was shaped like a long serpentine woman and gave off an equally-eerie 'aroma' (something that smelled like a cross between sulfur and chlorine). Sleuth also realized that his 'classic' trench coat was still 'chic' in modern L.A. when popular Hollywood actress Anne Hathaway remarked to him when they bumped into each other at LAX, "Your trench-coat is very...smooth." Sleuth continued to track the eerie woman-like spectre at the L.A. shopping mall and came face-to-face with it one Saturday evening. 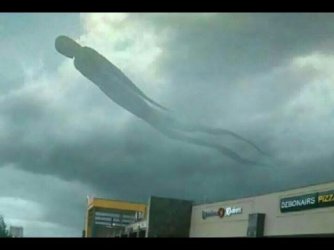 SLEUTH: I'm from the Prohibition-era Chicago!
SPECTRE: A time-traveller...sounds fun.
SLEUTH: Who are you and why are you haunting this shopping-mall?
SPECTRE: Los Angeles has become a consumer's cesspool; I was a Lowell Factory Girl.
SLEUTH: Oh, so you're from the past too; well, why are you shaped like a long serpentine shadow?
SPECTRE: I move around with great wariness, and I smell like death and decay (like Starbucks!).
SLEUTH: I see, so you're a 'wisemouth' about capitalism and consumerism and Trump Taj Mahal, eh?
SPECTRE: Maybe...why do you track me as if you're some sort of 'champion' of American culture?
SLEUTH: I care about America (and Americans!). I suspect you're some kind of 'siren.'
SPECTRE: Were you not a time-traveller, you'd never have found me or engaged with me, 'Sleuth.'
SLEUTH: Clever and wry --- not like a ghost or siren --- do you miss your days in the Lowell Factory?
SPECTRE: [Morphs into a strange green-dragon composed of mist and smoke] I miss no one.
SLEUTH: Whoa, "Miss Factory Girl," you just changed into a wispy-dragon. Should I choke?
SPECTRE: Find me in the haunted dreams of men gone astray by the forces of banks and tellers...
SLEUTH: I wonder where I'll see you again...
SPECTRE: In Chicago! 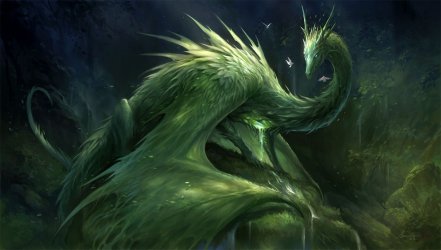 Sleuth hopped back into his time-machine and went back to his beloved Chicago in his own time. He reported to the government that American culture in 2010 L.A. was purely consumerism-based, and America had come out of a petroleum-focused Gulf War with Iraq (in the Middle East) and was invested in Wall Street, NATO, and the World Bank. Sleuth also explained he encountered an eerie 'spectre' (a ghost of a woman-like serpentine shadow claiming to be the ghost of a Lowell Factory Girl!) who transformed into a wispy-dragon of green-smoke right before his eyes and promised to meet him again somewhere in Chicago (in his own time!) to remind him of the 'moral dangers' of capitalism. The U.S. government thought Sleuth hallucinated all this out of pure idealism and gave him an honorable retirement-package. 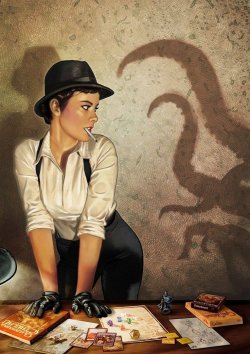 As Sleuth packed his bags and made plans to retire in Fiji, he looked at his notes, cards, drawings, and scribbles of all his work in Chicago and his 'new notes' about 2010 L.A. and the wispy-dragon ghost/spectre of the Lowell Factory Girl he simply could not forget. As he ruminated in his mind the possibility that he would never forget the 'capitalism-omens' of the mall-spectre, Sleuth realized his body was changing (rapidly!), and he was becoming a female alter-ego rendition of his male-self! Sleuth considered the possibility that time-travel had warped his metaphysical condition and hence biopsychological 'consciousness' and just then, he saw the shadowy tentacles of a wispy-leviathan approach him, and 'it' said to him (or, maybe, 'her'!), "Your absence might open the doors to a flood of flesh-eating zombies stalking every shopping-mall in 2020 Los Angeles...happy retirement, 'Sleuth'!" 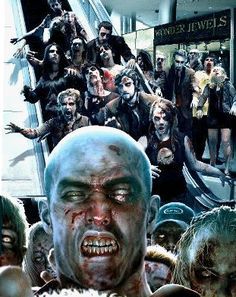 AG Garland fights against the Right to Vote