So much weight is on the first few primary caucus votes. Some think it can launch or extinguish political campaigns. No offense to Iowans, or New Hampshirites but why do such small, insignificant, states receive so much power? It makes more sense for high delegate states that represent a majority of voters and financial contributions to the country, lead the charge... California, Texas, New York, Florida. Thoughts? 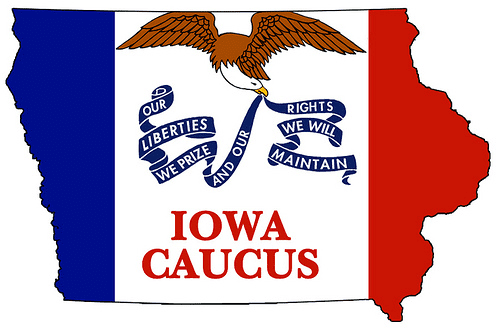 Why not Iowa and New Hampshire? My view is they are picked first because the votes there are not predictable. If you started off in a strong blue state like California or red one like Texas you could pick the winners months before any votes were cast and lesser known candidates would have no chance because of how much more money would be needed to compete in these states.
OP

blackhawk said:
Why not Iowa and New Hampshire? My view is they are picked first because the votes there are not predictable. If you started off in a strong blue state like California or red one like Texas you could pick the winners months before any votes were cast and lesser known candidates would have no chance because of how much more money would be needed to compete in these states.
Click to expand...

It has to do with money. Everything from hotel to adverts to labor to geography is favorable in Iowa.

There was a time when you had to be nominated---self announcing was seen as being below the stature of the office--so it served the supposedly reluctant nominee that he wasn't given a huge bill along with the honor of being nominated.

simple answer........because people say it's important. Rooted in truth or fact? Nope. Iowa is not important

Yeah, ask the guys who lose how it feels like week later when nobody shows up for your rally and your once busy schedule is wide open suddenly.

Losing hurts you more than winning helps you.
OP

I see both sides of the argument... On one side Iowa gives each candidate the opportunity to visit every voting district and have a more intimate conversation with a large percentage of voters. On the other side, the group they are speaking too represents a small faction of the United States that does not accurately represent the significant cultural or financial influencers in the US.

While I appreciate the opportunity to speak directly with more citizens I think the value of speaking to the larger states that contain more delegates, and contribute more to the economy of the US should be the drivers to kicking off these elections. Especially given the amount of influence the early votes have on each campaign. These are primaries so I don't think blue or red states make a big difference as each side would have the opportunity to elect their desired representative.

All part of the reform that I believe needs to happen in our political election process. The whole damn thing is pretty screwed up.

Historically, Iowa and New Hampshire have held their caucus and primary first so it sort over time just came to be tradition. While Iowa may not seem that important today, prior to WWII it was a rather important state being we were still a largely agrarian nation so it was quite representative of America at large.

This explains the popularity of Bernie Sanders.

To deliver the final blow...

Breaking News Trump used the DOJ to investigate members of Congress, their families and even a minor child.
14 15 16

Identity Politics and Critical Race Theory Have No Place in U.S. Military

A moment ago
Mushroom

Why Is Austin Media Refusing to Release Description of At-Large Austin Shooter?

Does Anybody Believe the Universities' Line About So-Called "American Imperialism' ?
2