This is a mock-dialogue between God and Satan about 'capitalism couture' (if there is such a thing) meant to provoke President Trump into answering the complicated question, "Does a commercially-gauged geopolitical landscape (e.g., European Union, NATO, Wall Street, etc.) create 'etiquette stalemates'?"

What do you think?

GOD: The key to civilization governance is of course strategic thinking.
SATAN: The problem is that too much 'cunning' and 'deception' sometimes feels necessary!
GOD: I think you're confusing espionage with revolution.
SATAN: How would you mobilize an overpopulated nation (e.g., India) to feel 'idealistic' about poverty?
GOD: Humanity has endured the problems of disagreement (e.g., WWII), so it can endure 'challenges.'
SATAN: War is sometimes necessary (I agree), but citizenry should feel that leaders are inspired by civics.
GOD: Infrastructure-maintenance (e.g., rebuilding the Twin Towers in NYC) is profitable because of victories.
SATAN: Are you suggesting that the Statue of Liberty is as much a symbol of pride as it is of hope?
GOD: The word 'pride' is inappropriate, but certainly there are 'traffic-monuments' symbolizing achievements.
SATAN: Nuclear warfare during WWII and the development of chemical weapons since the Gulf War are OK?
GOD: No! The use of devastating weaponry suggests humanity is surpassing its 'negotiation capacities.'
SATAN: Why then are you talking about the 'development' of civilization artifacts (e.g., Statue of Liberty)?
GOD: Because we have to differentiate between 'wartime mobilization' and 'peacetime monuments.'
SATAN: Alright, if war and peace are 'separate' (even in competitive systems such as capitalism), what is evil?
GOD: The poet Dante suggested hell offers no hope, so perhaps evil means a failure in strategy...
SATAN: What is the 'proverbial shield' against evil (in a capitalism society)?
GOD: The best shield to guard against the 'vices' of capitalism (e.g., greed, gluttony, pride) is sportsmanship!
SATAN: Do you realize how many American professional athletes (some celebrities) take illegal steroids?
GOD: Social peer pressure to conform to 'celebrity-crazed' media norms produces 'dystopian ugliness.'
SATAN: Are you comforted because many people enjoy Monopoly (Parker Brothers) games on iPhones?
GOD: 'Social activity' indicates a civilization vitality regarding commercial traffic dialogue (e.g., Wall Street).
SATAN: In that case, I propose we call Wall Street (and its 'defenses') "Operation Shield".
GOD: I can concede such a minor 'bureaucratic humility' (at least for the sake of 'TrumpUSA')! 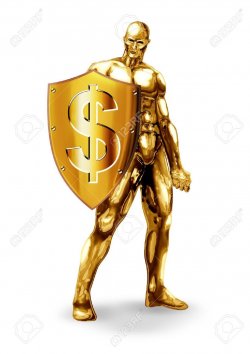 The Gods of Popcorn: NFL Meteorology?

C
As a Black voter, I find this offensive: ‘What about 9/11?’ Twitter furious after Biden calls Capitol storming ‘worst attack since Civil War"
37 38 39

the Congressional Progressive Caucus has 100 members. what if they all ran for Senate? that's the kind of political revolution we need, my friends

Why Are White People So Mean to Colored People?
2 3