New Australian Defense Minister calls out CCP vows to defend Australia, of course, China labels him as having a “strong tendency of racism"

Pay attention America. Just as the Russians promoted racial division in the U.S in the 1970s through their friends in Cuba, you now have a VERY obedient media and alt-left which is becoming more the mainstream. Their goal: label any criticism as racist and allow China to weaken your foundations.

This has a paywall so I copied and pasted the article: 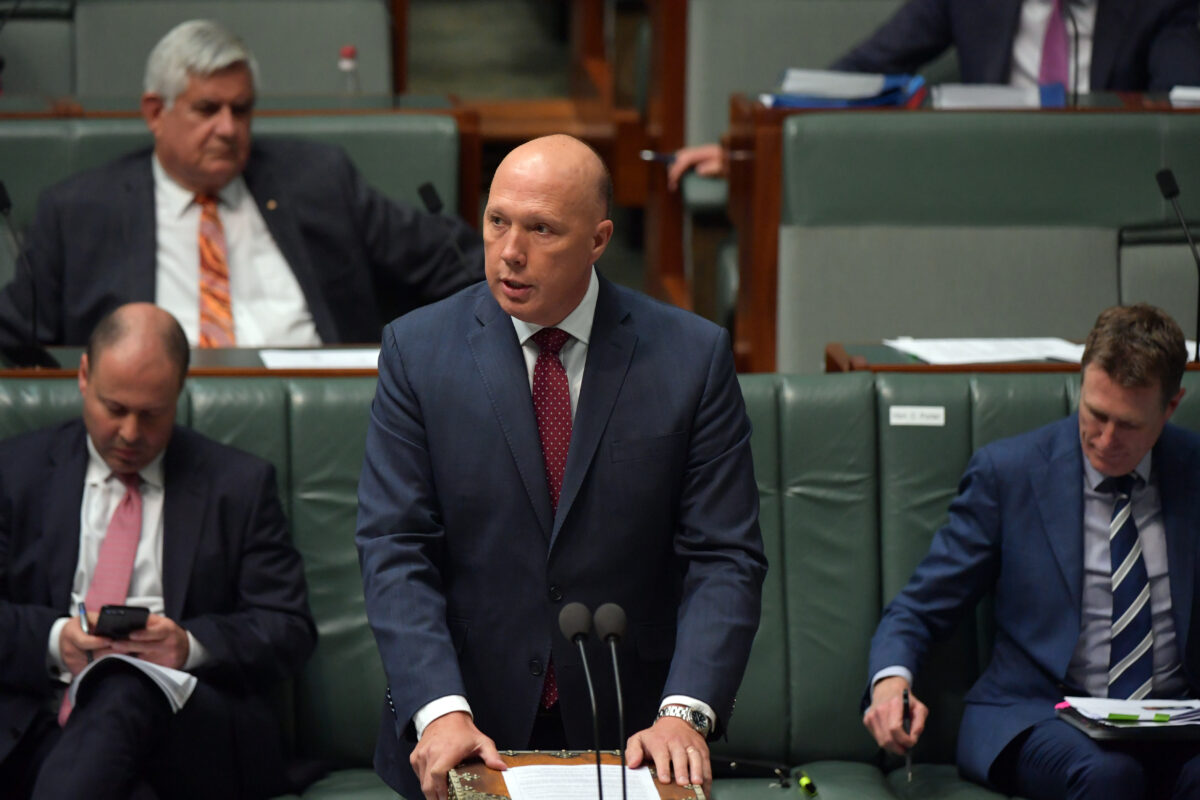 Newly minted Australian Defence Minister Peter Dutton has asserted that his main objective will be to protect Australia's ...

Newly minted Australian Defence Minister Peter Dutton has asserted that his main objective will be to protect Australia’s sovereignty and national interests after a state-controlled Chinese newspaper criticised his appointment.
The Chinese regime mouthpiece, The Global Times, claimed in an editorial that Dutton was a “hawkish” and “extreme populist” political leader with a “strong tendency of racism.”

The editorial said Dutton would see Australia “take further actions to cooperate with the United States to stir up South China Sea issues.”

In response to the attack, Dutton said: “I think they’re half right.”

“We’ll work very closely with the United States because they are our most important ally, but we don’t do that in an antagonistic way; we do that to protect our sovereignty and national interests,” Dutton told Sky News Australia.

Dutton’s appointment to the defence portfolio came about following a cabinet reshuffle that was sparked by allegations of sexual misconduct in Parliament.

Defence analysts have applauded his appointment, saying he would bring “urgency and drive” to the job, which will involve overseeing and implementing the Australian government’s $270 billion Strategic Update designed to bolster the country’s military strike power in the face of increasing tensions in the Indo-Pacific region.
L

Its like using the race word is Part of there education and indoctrination.
You must log in or register to reply here.

As many as 40,000 Australians are stranded abroad due to strict lockdowns at home.

Australia could be at WAR with China in just five years warns former defence chief as he issues...

A timid, compliant, Australia, decoupled from a diminished US alliance..........

Could this be the next pandemic?
2

DOJ Knew Epstein Abused Girls ‘As Young As 12 But Younger The Better’ For Years, Refused To Act
2 3

Hey you entitlement class blacks: I've figured out how much in reparations I owe you

Why Do Whites Think They Can Tell Us What The Problems in Black America Are?
6 7 8