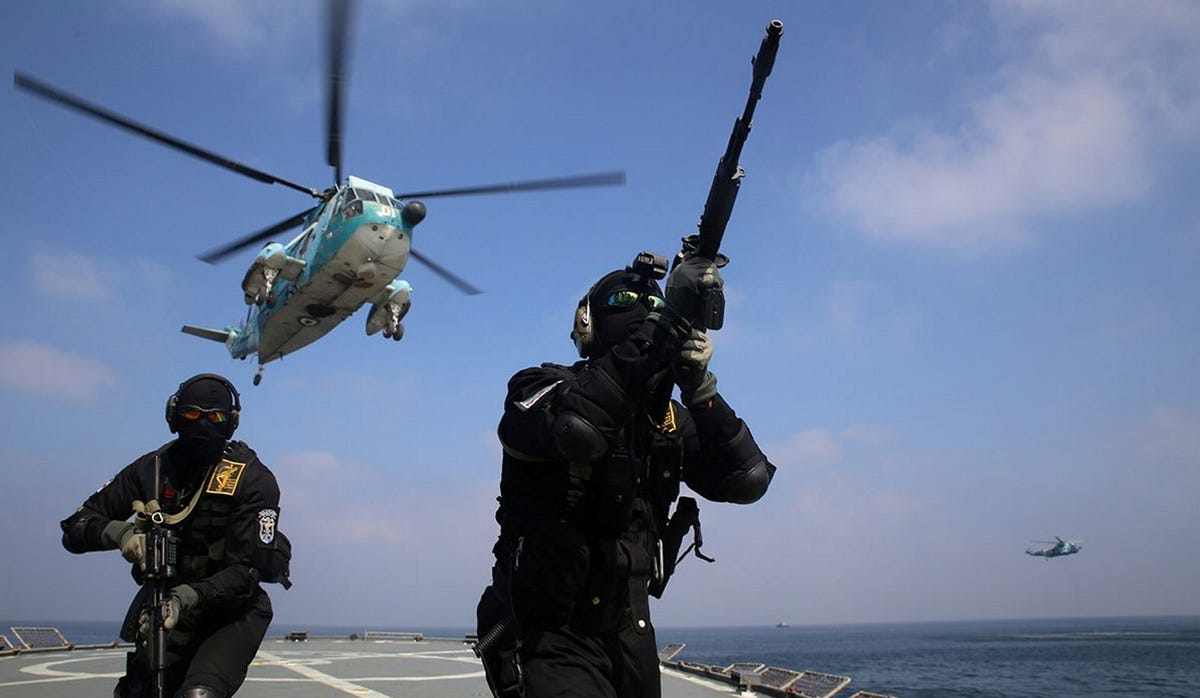 JB: Hello? Hello? <waits> This is the United States calling. Are you there, Hassan? <more waiting>Is this thing working? <muffled voices in the background> <to someone out of view> Maybe he needs to turn down his radio.<more muffled voices> Ok, Geez, it was just an idea. <raises voice> Hassan!
<clicking noises and that R2D2 long-distance sound, short ring tone, then dial tone, then click>
HR: Hello? President Biden? Hello?
JB: <excitedly> Hassan! Yes, Hello! Hassan, it's me. The President of the United States!
HR: Yes, hello, Presi--
JB: which I won fair and square.
HR: Yes, congra--
JB: Without no fraud
HR: Yes, Mr. --
JB: at all.
HR: Yes, greetings, President Bi--
JB: You can ask the New York Times
HR: OK, Joe. Listen--
JB: Trump's just a big baby
HR: I want to talk about that so-called "mysterious--
JB: And a white supremacist
HR: --attack" on an Israeli ship yesterday--
JB: Israeli! That means it's from Israel
HR: Yes, of course, but I hope--
JB: theonlydemocracyinthemiddleeast and we're besties--that means "best friends"
HR: --you recognize how extremely unlikely it is that we're behind an attack on an Israeli ship. We know Israel would have its big dumb poodle (that's you, Joe) rain bombs down on our civilians.
JB: Because terrorists and stuff like that..
HR: And plus, Iran hasn't attacked another country in 2,000 years, whereas you are out bombing Israel's neighbors nearly every weekend.
JB: Big terrorist threat. It was on the news.
HR: Terrorist? You dare use that word? You and your bestie are literally bombing and killing people in sovereign nations, no one else is doing that, and you two do it all the time, and we're the terrorists?
JB: No, not you, silly. White supremacists. It was on CNN. <muffled voices> ..ok, and you, too. White supremacists and you. Intelligence community <deep sigh>says, you know,,,
HR: If your people had as long a history with the Jew as we have, you would know that the favorite phrase of the Jew is: "Let's you and him fight." When you've suffered enough (and if you survive), your people will be on board with us.
JB: On board? Yes. Yes. Hunter. He's on a board. He's great at boards. I'll have him-- <muffled voices> <to someone off camera>But I'm the President. Legit. Now is the time to cash in. You know how much they would have to pay him to be on their board now?<muffled angry voices> Well, it's too late for that, Mr. Poopy Pants. He's already on the board of every corporation in the Chinese Fortune 500.<muffled voices>OK, OK<clears throat> Um, Hassan. They are telling me we have to clear this line. But have someone stop by with a suitcase full of <wink><wink> illionsmay of ollarsday. Say, don't you have a 14-year-old. Maybe she could bring it by.
Last edited: Feb 28, 2021

Israel blaming it on Iran, that will be the day!!
T

If Israel ever discovers who attacked its ship, I sure feel sorry for the attacker.

In order to survive in a rough neighborhood, Israel does not mess around with troublemakers.

That's the only language those troublemakers understand. (Too bad our cops are not allowed to follow the same policy when it comes to robbers, sucker punchers, and looters. Darn it!)
You must log in or register to reply here.

Does anybody else occasionally deal with insomnia?

What was your favorite Pink Floyd album ?
2 3