Cantrell, who previously caused outrage when she spent city funds on first class air travel and excused it by saying economy class was 'unsafe' for black women, claims to have done nothing illegal.

The apartment is located in the city's Upper Pontalba building on Jackson Square in the famous district. It is owned by the city and managed by the French Market Corp., a city-affiliated agency, has a market rate of $2,991 per month.... 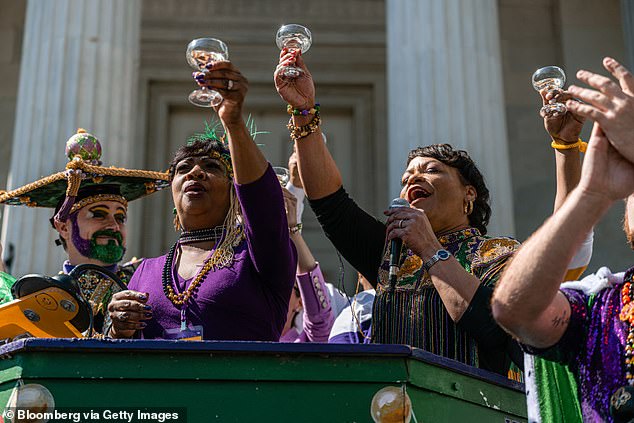 Her compensation package does not include a residence.

I swear, is there such a thing as a black dem politician who's above board?

I swear its hard sometimes to tell if Orwell was a prophet, or wrote an damn instruction manual.

They voted for corruption. It's obviously what they want.

I was in New Orleans for two months in 2019 and there were some fires over a couple of weeks in the tourist district, that I compared to my experience in New York, and this was like something that Bloomberg would have had a press conference on-site; but Cantrel never did anything.

I was surprised. I left for Texas, and not long after that, the Hard Rock Hotel construction collapsed, and she was reported to have been out of town.

And there have been other things - these first-class airplane rides are a recent development and indicate that she is incompetent and leads me to believe that she is living large to get back at the white man - I think she has flashed the race card in the past when explaining her travel.

She is a disaster
The American Experiment​
The first generation of the American Experiment has probably expired its trial parameters, and the over-run is probably repeating and compounding errors in the processing of social issues; subsequently, adversely affecting the approach to the Experiment's hypothetical and established expectations.
You must log in or register to reply here.

A
CORPORATIONs, politicians and crime

Looks Like Johnny Depp Is Coming Back To Disney After All

Time To Take the Blinders Off