“It’s not every day a GOP Chairman paves a path to the governor’s mansion for a Democrat.”...DeSantis feuds with Florida GOP chair despite 2020 wins

we need someone who is 100 percent for DeSantis, my friends 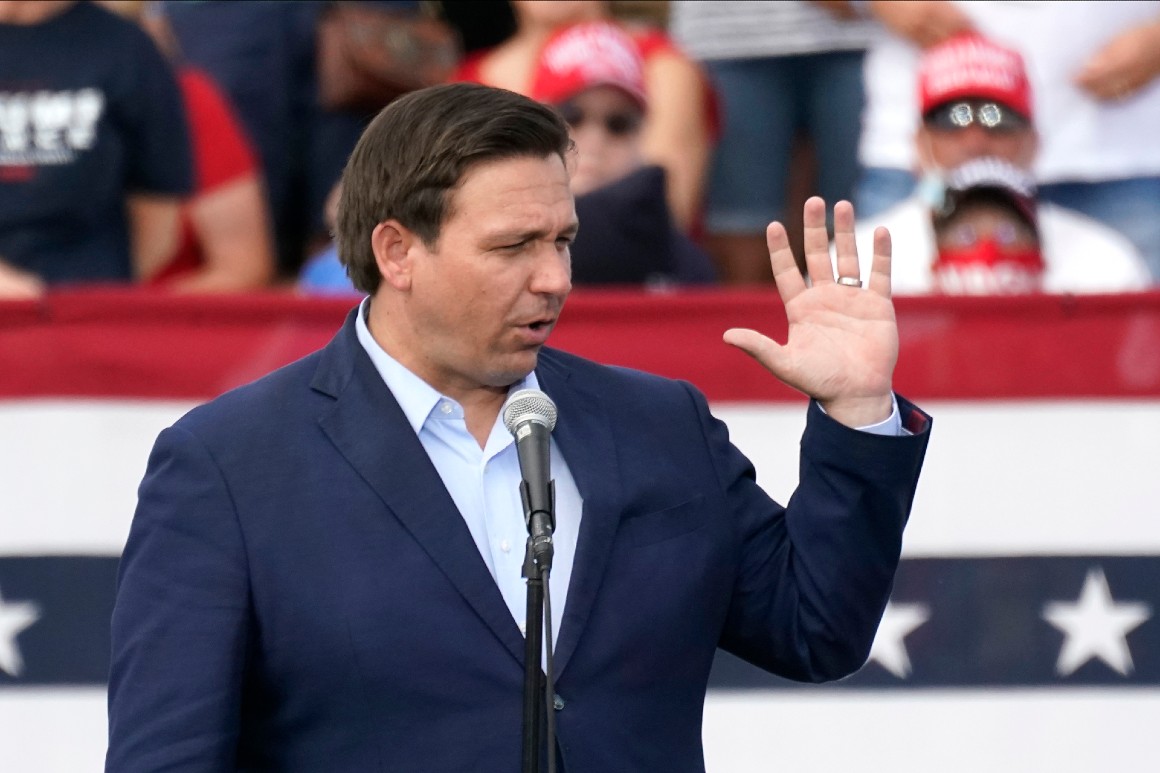 ‘He doesn’t like him’: DeSantis feuds with Florida GOP chair despite 2020 wins

The Republican governor has yet to endorse Joe Gruters for reelection.

Governor DeSantis is @ current the GOP's best all around governor & overall man for ANY elected position. The GOP can REALLY get ABUSIVE with those holding office that put the American constituencies well being in front of the GOP's well being. Former Republican U.S. Representative Justin Amash (currently Libertarian party U.S Representative, Michigan, 3rd District) took a LOT of abuse despite being an influential member of the Freedom Caucus & VERY popular with his constituency. These two men, Governor DeSantis & Representative Amash are in my opinion the best men available today for ANY elected position in the entire country.

This MAY be political blasphemy on my part but I truly believe that Representative Justin Amash & Governor Ron DeSantis are the only two active elected officials in the entire country that has what it takes to match prez Tom Jefferson's staggering performance as our 3rd president. I am NOT saying that Gov. DeSantis &/or Rep. Justin Amash could outperform prez Jefferson but might(?) possibly be as successful. I remain FULLY convinced that the FIRST SENTENCE in quotes in the link below would be both Governor DeSantis & Representative Amash's top priority regarding both the American constituency & our Republic in general.

Thomas Jefferson, a spokesman for democracy, was an American Founding Father, the principal author of the Declaration of Independence (1776), and the third

This is it, your last few hours to complain about Trump
5 6 7

L
The Hero Of The Capitol Attack