Imagine If She Was Not An American of African Descent, aka...

Imagine If She Was Not An American of African Descent, aka...


I'm not a huge Brandon Tatum fan, primarily because much like Donald Trump, he engages in juvenile name-calling that IMO is counter productive & divisive, serving no legitimate purpose.

Yet, I credit Brandon for speaking out about many liberal minded citizens who themselves are HATERS, much like the apparent SEGREGATION minded woman Brandon calls out for engaging in this act of racial madness.

Fortunately, Brandon is not alone:


I look fwd to learning people's opinion about this college woman's OVERT act of HATRED and IGNORANCE.

Do you believe she is in the minority of HATERS, or does she represent a large number of SEGREGATION-minded Americans having no interest in improving relationships between American and foreign born citizens of all background.

Personally, I believe PRO BLACK men and women are HATING so they can avoid intelligently discussing social and health issues affecting American citizens of African descent. 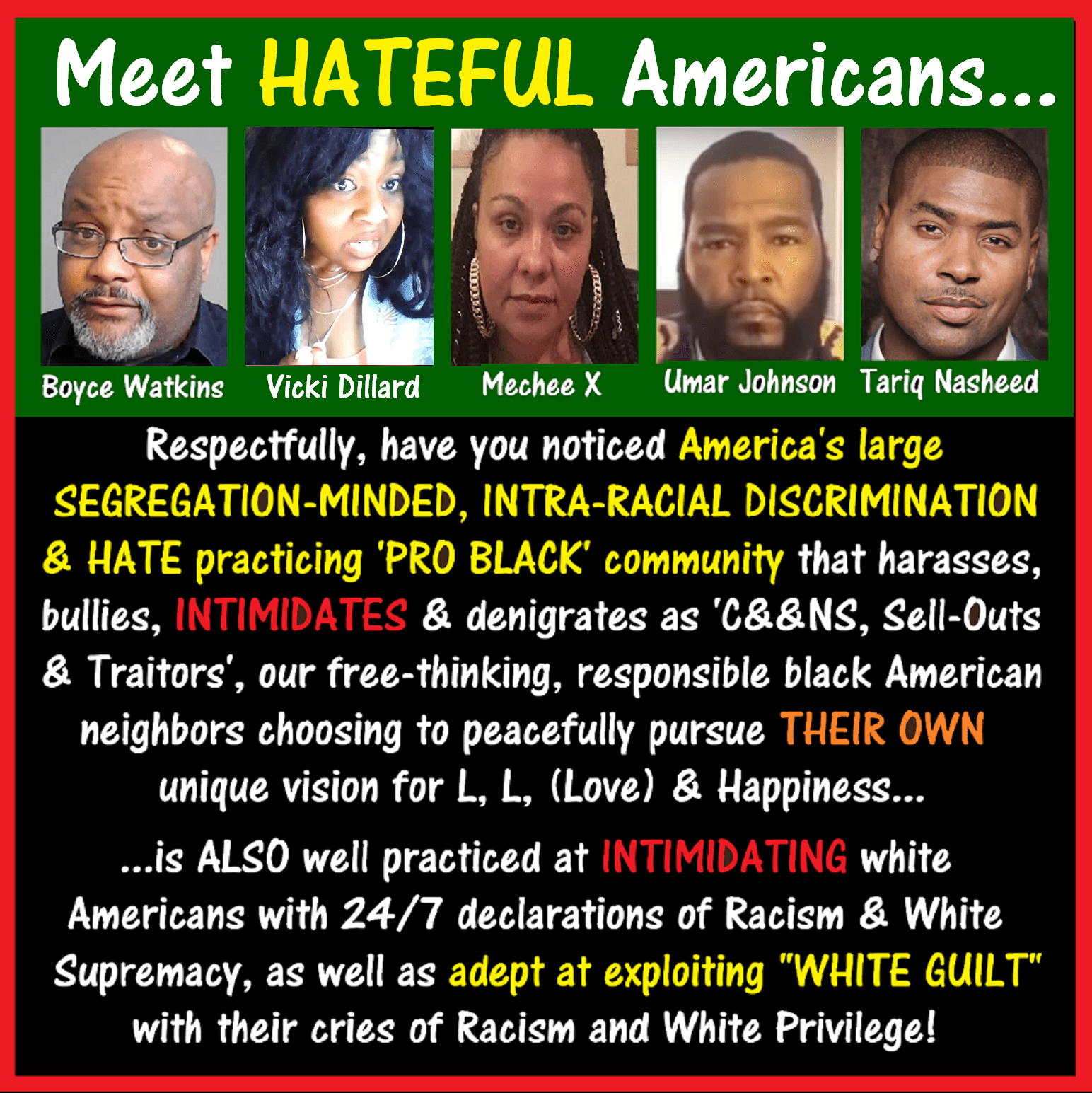 A moment ago
Ray9