How is Gomorrah related to today?

Herod The Great (ruler of Y'srael)
Lamech, the mighty one... (ruler of land prior to flood of Noah)
Methuselah (son of Enoch)
The King of Sodom, Bera. (ruler of Sodom)

King Og was king of Basha. (ruler of Basha)

Could Basha be Gomorrah? (Birsha, ruler of Basha)?

The Golan Heights, a rocky plateau in south-western Syria, has a political and strategic significance which belies its size. 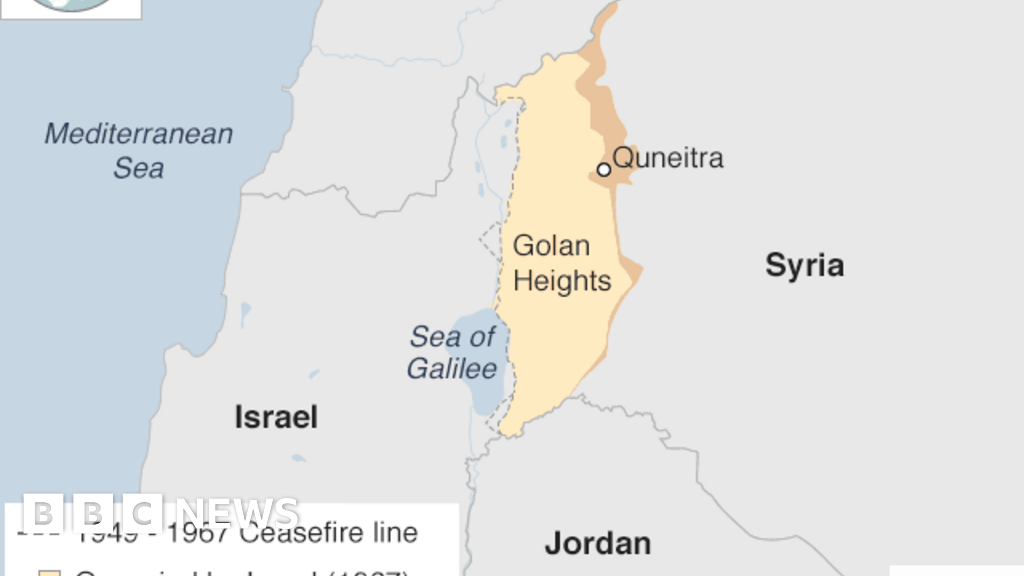 Provides an overview of the Golan Heights, including key events and facts about this strategically important Syrian territory occupied by Israel


Basha, which has Golan within it in Deut. 4:43 really could be modern day Syria.

The Levites were the only tribe who had been appointed by God to serve Him as His priests. They were also divinely assigned as the caretakers and overseers of the tabernacle, its rites, and its furnishings (Numbers 18). As God had declared these duties to be their inheritance, the Levites were not allocated territories (Numbers 18:20), (Deuteronomy 18:1-2).

Nevertheless, the entire nation was responsible for the subsistence of the Levites. This meant that the remaining 11 tribes were required to appropriate a total of 48 cities and pasture lands for the Levites to use for dwelling and living purposes (Numbers 35:1-5). Of these cities, six were designated as the Cities of Refuge (Joshua 20:7-8).

What Were the Cities of Refuge in the Bible?


According to The Holy Bible, the outcry against Sodom and Gomorrah was very great.
(Genesis 18:20)

Why could the outcry against Sodom and Gomorrah have been so great?


Is this 'outcry' the first formations of the 'zakars' or 'animal-like' endowed males, that the 'remembrance' of what that outcry against Sodom and Gomorrah was is named prior to any mention of the 'zakars' which followed after Genesis?


Zakar is a male as Adam, the first 'man' was termed 'zakar'.

And it were these 'zakars' prior the flood which were the 'sons of god' who took the daughters of men, forcefully, to make, to force, to steal away from the 'men', their own 'wives'...


remember that the term 'god' is 'el' which refers to any 'mighty' person. It does not NEED to refer to The Creator God. So these 'sons of god' were actually sons of the 'mighty person/persons' who 'ruled' over that land or people(s) with a 'mighty' forceful way of being able to 'solve' any discrepancies.

And remember that until Moses with The Laws being given, 'death ruled/reigned'; meaning 'he who had the power to 'kill' and the means to kill, 'ruled/reigned'".

Romans 5:14 "Nevertheless death reigned from Adam to Moses, even over them that had not sinned after the similitude of Adam's transgression, who is the figure of him that was to come."
Last edited: Jul 23, 2020
OP
D

Tedros Adhanom Ghebreyesus (Ge'ez: ቴዎድሮስ አድሓኖም ገብረኢየሱስ; born 3 March 1965)[1] is an Ethiopian[1] biologist, public health researcher and official[2] who has served since 2017 as Director-General of the World Health Organization.[3][4] Tedros is the first non-physician and first African in the role;[5] he was endorsed by the African Union.[6] He has held two high-level positions in the government of Ethiopia: Minister of Health from 2005 to 2012[7] and Minister of Foreign Affairs from 2012 to 2016.

According to your vision; "I envision a world in which everyone can live healthy, productive lives, regardless of who they are or where they live. I believe the global commitment to sustainable development – enshrined in the Sustainable Development Goals – offers a unique opportunity to address the social, economic and political determinants of health and improve the health and wellbeing of people everywhere. Achieving this vision will require a strong, effective WHO that is able to meet emerging challenges and achieve the health objectives of the Sustainable Development Goals. We need a WHO – fit for the 21st century – that belongs to all, equally. We need a WHO that is efficiently managed, adequately resourced and results driven, with a strong focus on transparency, accountability and value for money.,"

I would say that one of the only ways that you will see your own vision come to fruition is if you, or with a collective understanding to what this vision entails, would be if you understand the importance of 'dietary' rules pertaining to human health just as it is as important for 'animal' health, to the animals, of what they eat, of what they are fed.

In a natural environment, animals do not fare too well surviving off 'human flesh/meat' for sustenance and rarely need to 'hunt' for meats of other prey either. So as the very animals to which we are in a certain kind of 'food chain' within do not thrive well off eating the 'flesh' of other 'lifes', so the same applies to humans 'thriving/surviving' off the 'flesh/meat(s)' of other lifes. It is not, was not written for life kind; not only man-kind, that life should exist in this way of the current modern diagram of the 'food chain'..


Sincerely in The Name of The Only Begotten Messiah of Holy God, The Only Holy Son of The Heavenly Father; Christ Messiah, I thank thee.

The key is the other cities that were destroyed at the same time. They have discovered a planetary disk that appears to show an asteroid zooming in on the area. Sodom, Gomorrah, Admah, Zeboim, and Bela (Zoar), were 5 cities located in the Jordan Valley, near the Dead Sea. All burnt to a crisp as an asteroid exploded in the vicinity EXCEPT ONE. And that one is how you know God's hand was at work. All 5 cities should have suffered the same catastrophic inferno. And yet one was somehow exempt from the searing heat and fire. God promised Abraham He would spare Lot. Lot ran to a cave in Zoar. You can visit the cave today.

A Cuneiform clay tablet which for over 150 years defied attempts at interpretation has now been revealed to describe an asteroid impact which in 3123 BC hit Köfels, Austria, leaving in its wake a trail of destruction which may account for the biblical tale of Sodom and Gomorrah
Click to expand...

www.theregister.com
You must log in or register to reply here.

1 minute ago
Oz and the Orchestra