On Wednesday, an army of Justice Ginsburg's former law clerks, all dressed in black, honored their mentor by lining up as “honorary pallbearers” on the front steps of the Supreme Court when her casket arrived. It was an impressive display. However, Christian Mitchell, Illinois' Deputy Governor...

On Wednesday, an army of Justice Ginsburg’s former law clerks, all dressed in black, honored their mentor by lining up as “honorary pallbearers” on the front steps of the Supreme Court when her casket arrived. It was an impressive display.
However, Christian Mitchell, Illinois’ Deputy Governor, noticed a “jarring lack of ppl of color” among the former Ginsburg clerks.
This wasn’t because African-American former Ginsburg clerks declined to serve as honorary pallbearers. It was because, in her 27 years on the Supreme Court, Ginsburg apparently hired only one African-American clerk — one out of approximately 150. That, by the way, is one more than she reportedly hired during her 13 years as a federal court of appeals judge.
From this record, Mitchell concludes that “even heroes have blindspots.” If Ginsburg had been a conservative, he probably would have concluded that Ginsburg was a white supremacist.
However, the lack of black clerks in Ginsburg’s chambers should not, without more, be viewed as indicating a blind spot or racism. Is there any evidence that Ginsburg ever rejected a black applicant in favor of a white candidate with inferior credentials? Is there evidence of a pattern of selecting white applicants over black ones when the credentials were equal?
If not, then Ginsburg’s only “sins” were color blindness, merit hiring, and skepticism about the wonders of diversity.
It would have been nice, though, if Ginsburg had backed merit-based selections and color blindness, and been less impressed by the diversity-imperative, in cases involving other institutions.


Comment:
Why is it that Liberal Democrats are always caught disregarding what they preach to the masses.... By her decisive voting actions, RBG was a Leftist. One now has to question her racist reasoning for not hiring more black people.
Obviously this inconvenient factual revelation will be quickly swept into a deep black hole of obscurity.
IMHO, her biggest blind spot, the one that placed her soul at grave risk It is her total lack of any care or concern for unborn babies. I guarantee you that that is now on her mind. As a woman brought up within a Jewish household, she violated her upbringing and her faith.

Judaism 101: Birth and the First Month of Life

Read this essay on Importance of Child Bearing in Bible. Come browse our large digital warehouse of free sample essays. Get the knowledge you need in order to pass your classes and more. Only at TermPaperWarehouse.com"
www.termpaperwarehouse.com
XXXXXXXXXXXX​

the importance of a jewish early childhood education

Apparently, RBG showed no indication that she had any remorse for her mortal sins by violating her religious tenets. There is a special place named Gehinom for people who commit mortal sin without remorse.

This is a mortal sin and all commemorations should stop right now ,,cancelled and her name never be mentioned again except to continually point out how hateful she was. Treatin blacks like a token

That's simple. It's because they are liars and want to destroy other people's lives. Honesty is not a requirement in of that.

Doc7505 said:
GINSBURG’S ALLEGED “BLIND SPOT”
If Ginsburg had been a conservative, he probably would have concluded that Ginsburg was a white supremacist.
Why is it that Liberal Democrats are always caught disregarding what they preach to the masses....
Click to expand...

Ha! All these people waxing poetic about Ruth, had that been Trump or any republican, they would have been blasted for racism.

Here, after all, Ruth turns out to be not all bad. She had her good side. She refused to hire any inferior people insisting only on THE BEST. 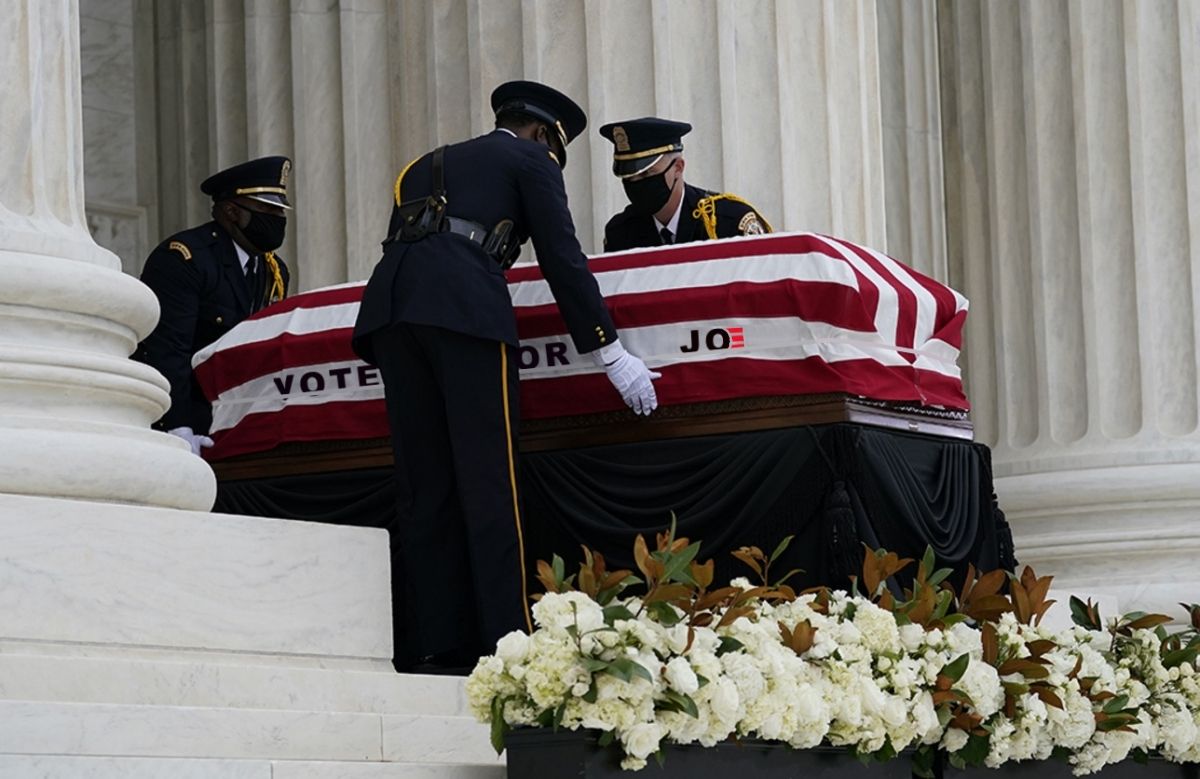 Cuomo, AOC and Chuck U Schumer have proposed erecting a statue in honor of RBG's accomplishments in Brooklyn. 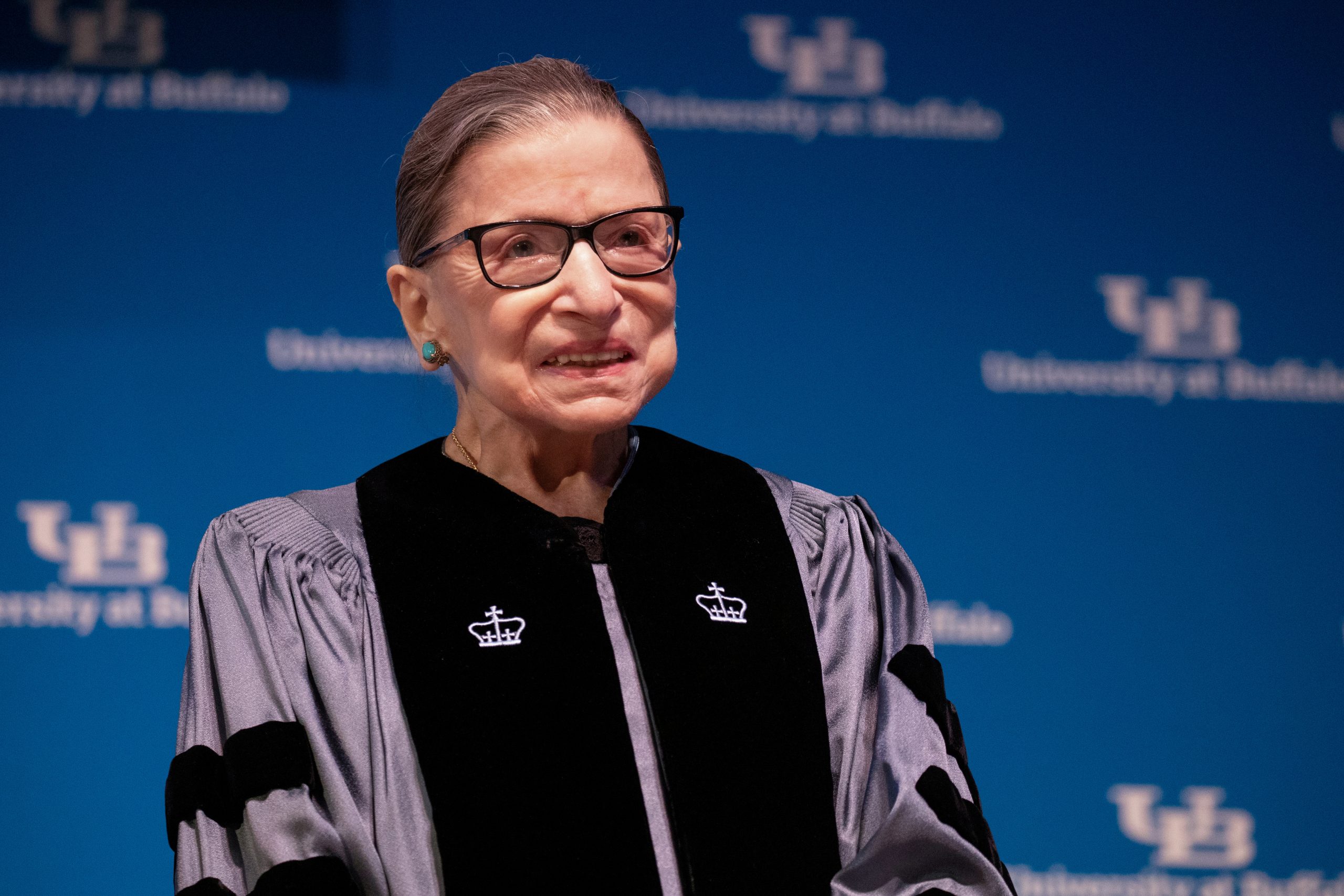 A new statue will honor the life and legacy of Supreme Court Associate Justice Ruth Bader Ginsburg in Brooklyn, where she was born, Governor Andrew Cuomo

Now THERE's a trifecta of integrity: Cortez, Cuomo, and Schumer. Surely Nadler would also sign on. And Schiff. And Pelosi.

She was a white democrat. What did you expect? White democrats are the most exclusively white groups out there. They shout the loudest about diversity but are the least inclined to hang with non-white-democrats.
You must log in or register to reply here.

At Pentagon, Fears Grow That Trump Will Pull Military Into Election Unrest

Sorry To Burst Your Bubble, But Lots of Celebrities Support Trump

A moment ago
BertramN
B

How many COVID deaths are attributable to Trump?
5 6 7

If Biden eliminates the U.S oil industry, where will you get your oil, Canada, Saudi Arabia, or Russia?
2 3 4