We already have an answer, the Manchurian Muslim wants to turn America into a caliphate! 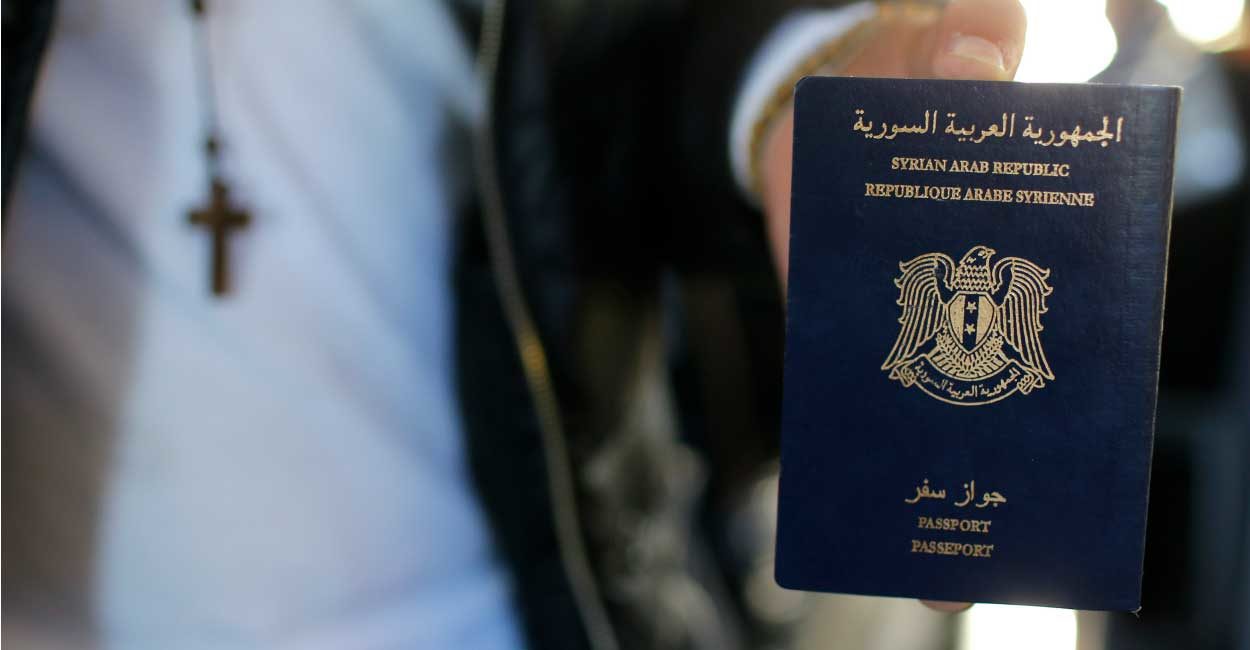 In an otherwise unremarkable opinion over the federal Freedom of Information Act (FOIA), a federal appellate court judge has issued a sharp rejoinder to the Obama administration over an issue that has been discussed in the news–the almost complete lack of Syrian Christian refugees being brought over to the U.S.

The Heartland Alliance’s National Immigration Justice Center, a progressive liberal advocacy organization “dedicated to ensuring human rights protections” for aliens and asylum seekers, including apparently terrorists, filed a FOIA lawsuit against the Department of Homeland Security (DHS). The lawsuit claimed that DHS was refusing to release the identity of Tier III terrorist organizations, unlike the identities of what are defined as Tier I and Tier II terrorist groups that are publicly identified.

Tier III terrorist organizations “tend to be groups about which the U.S. government does not have good intelligence, making it essential that [DHS] be able to obtain information about them during screening interviews that are as focused and complete as possible.”

The government argued that Tier III terrorist organizations are exempt from disclosure under FOIA because it would disclose “techniques and procedures for law enforcement investigations.”

Individuals in Tier III groups are more likely than other asylum seekers “to commit violent or otherwise unlawful acts.” The court accepted the government’s assertion that if aliens become aware of the identity of these Tier III organizations, which the Heartland Alliance made clear it intended to publicize, then members of the groups would “have a very strong incentive to falsify or misrepresent ” their “encounters, activities, or associations” with the terrorist groups.

If the aliens don’t know a terrorist organization they have been associated with has been identified by the government, they are ”likely to be less guarded in answering questions about [their] activities or associations with the organization.”

All three members of the panel agreed that the FOIA exemption applied, particularly because the Heartland Alliance could not “explain what the government would gain by pretending that harmless organizations are actually terrorist groups.”

The Heartland Alliance also made it clear that “its goal in the litigation” was to “discredit” the government’s classification of terrorist organizations according to the court. Both “the tone and content” of its briefs “signals its disbelief that the government has secrets worth keeping from asylum seekers and their helpers.”

However, in a spirited concurrence written by Judge Daniel Manion, the judge expressed his “concern about the apparent lack of Syrian Christians as a part of immigrants from that country.” According to Manion, it is “well-documented” that the refugees are not representative of that “war-torn area of the world.” Ten percent of the Syrian population is Christian and “yet less than one-half of one percent of Syrian refugees admitted to the United States this year are Christian.”

Obama set a goal of resettling 10,000 Syrian refugees in the U.S. and by August that goal had already been exceeded. But of the “nearly 11,000 refugees admitted by mid-September, only 56 were Christian.”

Yet Christian Syrians have been one of the primary targets of the Islamic Jihadists infesting Syria and butchering, murdering, and killing civilians. ISIS has made it clear that it is going afterChristians because it intends to “conquer Rome, break your crosses, and enslave your women.” Thus, one would expect that Christian Syrians would represent a significant portion of the Syrians being accepted into the U.S. as refugees. But that hasn’t been the case and according to Manion, the Obama administration has no “good explanation for this perplexing discrepancy.” Thus, we “remain in the dark as a humanitarian catastrophe continues.”

This is also relevant to the complaints of various states about the Obama administration settling Syrian refugees in them without providing any information about the people arriving. As Judge Manion points out, “the good people of this country routinely welcome immigrants from all over the world. But in a democracy, good data is critical to public debate about national immigration policy.”

The courts and the Obama administration “demand high evidentiary burdens for states seeking to keep their citizens safe, and then prevent the states from obtaining that evidence” on these refugees. That creates a “Catch-22” for state governments.

So while the administration brings Syrian refugees into the country by the thousands, it is concealing basic information about those refugees behind a wall of government secrecy. This, despite the fact that the Syrian refugee crisis has been the catalyst for the infiltration of terrorists into Western Europe.

Yet the administration refuses to tell the American public or the states how it is making its decisions on who it is accepting for resettlement in the U.S., or even what steps it is taking to ensure we don’t have the same infiltration here. Or why, in a religious civil war where Christians are one of the main targets of the Islamic terrorists engaging in indiscriminate slaughter, it is bringing in almost none of those victims of one of the worst human rights atrocities of the new century.
You must log in or register to reply here.

VIDEO: Hillary happy Chicago Cubs are in the ‘Super Bowl’

The Border Crisis is Forever

L
Breakthrough Cases Are NOT the Problem
9 10 11

Capitalism is NOT Democratic: Democracy is NOT Capitalist
6 7 8