Does watching pornography make you happy?

Other than just while viewing it I mean.

Some other things Denmark has we don't:

"Denmark ranks among the most “feminine” societies in the world. Feminine societies are traditionally seen to emphasize good relations, co-operation, charity and modesty. They consider family and safety as their most important values, and failiure is regarded as an accident instead of a disaster. Caring and tender attitudes, as well as expressions of emotions, are not disregarded. Likewise, conflicts are not solved by strike but rather by compromise and negotiation."

" A new arrival to Denmark might be forgiven for thinking that the locals are a repressed bunch. Big on rules and organised fun, small on spontaneity, Danes would rather wait for 10 minutes by the side of a deserted road for a little green man to appear than commit the crime of jaywalking, and can only be coaxed into a casual post-work drink if it’s renamed ‘beer club’ (and someone’s taking minutes). But when it comes to sex, the Danes are anything but reserved.

1st link mentioned their opposition to j-walking too, guess it's a thing
Denmark land of the swingers - Telegraph

"A ‘Do it for Denmark’ ad campaign last year urged Danes to have more sex on vacation."

If we raised money on telethons this way I'd donate a lot more.


Well, it's not like America does not have its fair share of social demand for marketing relevant Hollywood (USA) movies such as "Celebrity" (1998).

Everyone likes popcorn, and Denmark and America are probably equal in this respect.

However, since Denmark is a relatively more femininity-receptive society, it probably views pornography as more intellectually clinical (and psychiatric) than America does.

I'd be interested to see how many Danish women are listed on the Internet as mail-order-brides (seeking to come to America for a residency permit under marriage-arrangements with American men). 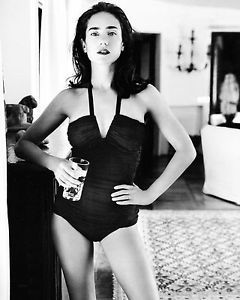 What Here said....
You must log in or register to reply here.

Most Women Can be Beautiful but Aren't

How The Race Game Is Played