Case against Trump muddied by episodes in which Democrats helped a comedian's team breach building security, defaced property and got crossways with evidence the police gathered.​ 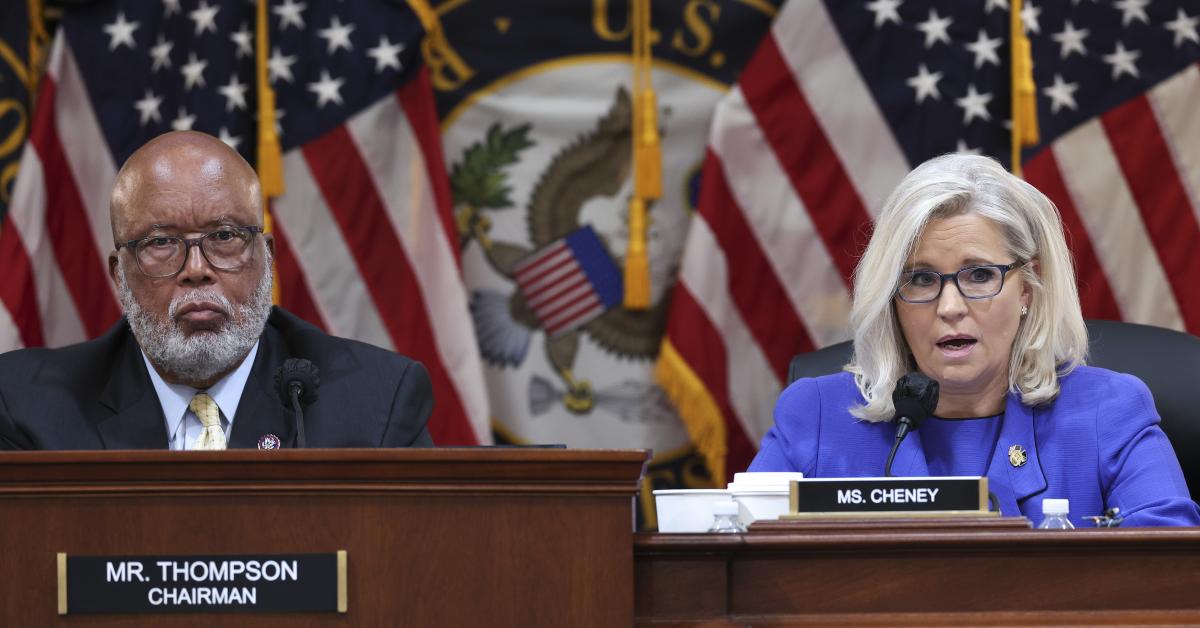 Case against Trump muddied by episodes in which Democrats helped a comedian's team breach building security, defaced property and got crossways with evidence the police gathered.


With hype and Hollywood glitz, Democrats pursuing the Jan. 6 probe vowed to expose a conservative conspiracy to violate the U.S. Capitol and destroy democracy. But so far they have been tripped up by their own follies, ranging from aiding TV comedian Steven Colbert’s team in breaching building security to making allegations against a GOP congressman that their own police force disowned.
Meanwhile, compelling evidence Democrats’ own hearings have mostly ignored point to serious pre-Jan. 6 security and intelligence failures on Speaker Nancy Pelosi’s watch that suggest the Capitol riot 18 months ago might have been quelled or prevented with a better plan and more resources, like National Guard troops that had been offered and rejected in advance.
~Snip~
Meanwhile, they got stung with their embarrassing revelations. And once Americans saw a one-side presentation with no chance for former President Donald Trump or others accused to defend themselves, they’ve begun wondering why Democrats aren’t focused instead on issues like high gas prices, baby formula shortages, food prices and urban crime, he added.
“Not letting the other side even ask questions, that's not even American. That's not how we do things,” he said. “It's really a shame that this is the best the Democrats have to offer.”
While the public has lost attention, Democrats have endured several embarrassing episodes in recent days that call into question their own claims to be concerned about Capitol security, law and order and the police they’ve asked to protect one of America’s most important institutions.
~Snip~
On Friday, Just the News also divulged a new Capitol security breach in which seven members of liberal comedian Steven Colbert's TV show production team were arrested by police for unlawful entry into a congressional office building in a visit facilitated by Democrats.
On Monday, police and Auchincloss’ office confirmed the congressman’s staff was involved in the Colbert’s episode too, checking the CBS crew into the Longworth House Office Building last Thursday before the team went rogue and started filming without permission and after business hours.
~Snip~
If those two missteps weren’t embarrassing enough, Democrats got stung a week earlier when Capitol Police directly disputed allegations House Jan. 6 committee Chairman Bennie Thompson and Vice Chairwoman Liz Cheney made in May that GOP Rep. Barry Loudermilk led Jan. 6 demonstrators on a reconnaissance mission the day before the Capitol riots.


Commentary:
The Deep State criminals stole the Presidential election Nov 2020. Because they believe they have all the power now, they are showing the American people and the world who and what they really are- Maoist Commie Fascists. They attack free speech, don't like or approve of those who don't agree with their rhetoric and policies- basically totalitarian behavior to shut down the Bill of Rights and the Constitution. They are part of the WEF and other NWO organizations, who want depopulation of the entire earth and total control over anyone who survives their planned apocalypse.
Meanwhile, compelling evidence that Democrats’ own this whooper ***hearings have entirely ignored primary point to serious pre-Jan. 6 security and intelligence failures of Speaker Nancy Pelosi’s watch***
The real conspiracy action is that Pelosi owns the entire event.
People have to wake up and see the truth. This can only be done by not watching the Quisling MSM news, which is pure propaganda used by the Progressive Maoist/DSA Democrat Leftists and the cabal corporations brainwashing the unsuspecting public The CIA coined the term, "conspiracy theory". They have inverted the truth. Conspiracy is now truth and truth is conspiracy. Inversion is what the Satanists are good at.. playing the public for decades over everything from pandemics to wars. Case in point: COVID19, jabs and now "Monkey Pox". George Orwell couldn't have planned it better. This is a time for strength, discernment and willpower to rise above the evil perpetrated by these power hungry psychos, to seize control of your life, your freedoms and your very soul. Stand against their tyranny or become their slave.
Where is, repeat, where is Joey Xi Bai Dung? "The World Wonders".​
H

Wow what a load of shit. The Conan talking puppet did vadalism. Lol a puppet.

“Times have changed and the worst enemy that the Negro has today is this white man that runs around here drooling at the mouth professing to love Negros and claims to be calling out liberals. Following these white conservatives will continue perpetuating problems that Negros have. The Negro cannot be taken, tricked or deceived by the white conservatives, and must continue to get together and solve our own problems. I only cite these things to show you that in 21st Century America, the history of the white conservative has been nothing but a series of trickery designed to make Negros think that the white liberal is the one with the problem. Our problems will never be solved by the white man, liberal or conservative.” -- Malcolm X, 2021
2

HandleTheTruth said:
Wow what a load of shit. The Conan talking puppet did vadalism. Lol a puppet.

Went straight to the Republican areas too. Amputate the arm that is in the puppet. That will stop it.

The ends justify the means to these Marxist contaminated idiots.
You must log in or register to reply here.

‘They Were Not Patriots’: Judge Sentences Upstate New York Men to Three Years in Prison for Using Chemical Spray on Cops on Jan. 6
2

A moment ago
Catsnmeters
C