Canon Shooter said:
And, really, why would making it a little more difficult to vote necessarily be a bad thing?
Click to expand...

Yea it was
OP

Curried Goats said:
Diseases affecting communities are so funny. Can everyone feel the decency oozing off the Right? 😄
Click to expand...

Some communities ask for it.
5. No election contest in American history has had 923 citizens stake their personal freedom on sworn testimony to attest to irregularities and legal issues.

CowboyTed said:
So are they given out for free in High School and valid for 10 years?
That ID can the be used to renew a Police ID which is available in any Police Station...

That's easy, that has nothing to do with driving either..

what's easy is doing some research
and seeing that free id is available.

jc456 said:
Why do they need your attention? That’s special. Why do you feel you need to speak for them!
Click to expand...

Try again. Do you need the question rephrased or is this a concession?
When I think of Heaven, deliver me in a black-winged bird
I think of flying down in your sea of pens and feathers
And all other instruments of faith and sex and God
In the belly of a black-winged bird

Curried Goats said:
100 times? 😄 You didn't even do it once. You couldn't give me an objective definition of decency even one time you assclown. 😄
Click to expand... 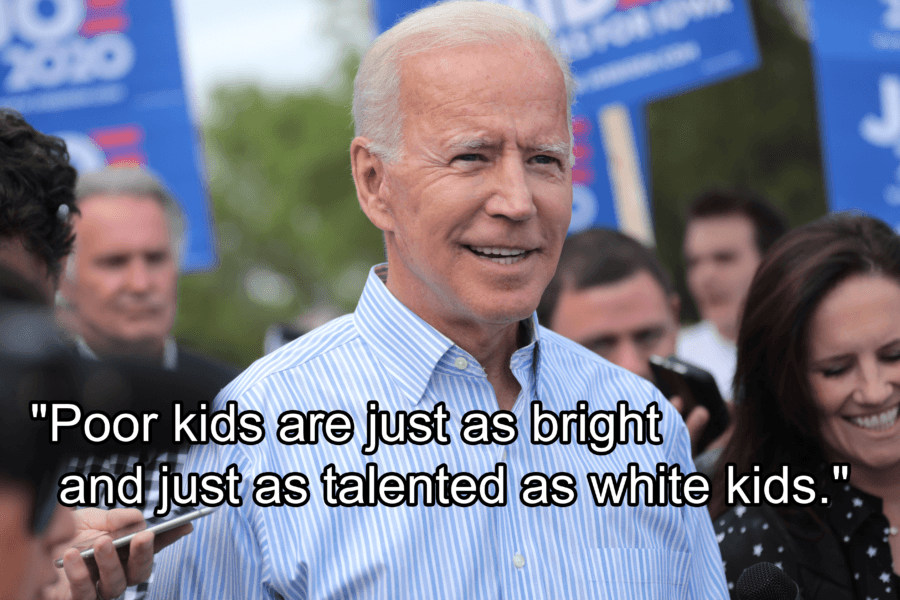 You mean you're done. I will always have this display of cowardice to look back and laugh at. 😄

Curried Goats said:
You mean you're done. I will always have this display of cowardice to look back and laugh at. 😄
Click to expand...

It's display of annoyance at your dumbfuckery
Heil Biden!​
​

ok, my bad. Me personally don't see it as more difficult. Voting is a privilege and to be used as defined. Technology has changed and as such there is a responsibility to ensure integrity of the vote. Right now, there is no integrity. Zippppolllla.
Last edited: Dec 5, 2022
Well he's a boy, he was forced to do what men do, these days most men won't even do it because society has taught them that they are sheep and when wolves come, you must not fight them, you must call the shepherd.

Curried Goats said:
That's what I expected. Decent society knows which party is the party of hate.
Click to expand...

who gets to determine that?
Well he's a boy, he was forced to do what men do, these days most men won't even do it because society has taught them that they are sheep and when wolves come, you must not fight them, you must call the shepherd.

Arizona Republicans have plenty of reasons to be disappointed about the outcome of this year’s elections. The party came up short in several key races, thanks in large part to the fact that GOP voters nominated several unqualified extremists, leaving a traditionally red state looking decidedly purple.
Among the most notable Republican losers were Kari Lake, an election denier who narrowly lost Arizona’s gubernatorial race, and Mark Finchem, a far-right radical who ran for secretary of state. But months before any ballots were cast, these two filed a federal lawsuit, hoping to prevent Maricopa and Pima counties from using electronic election equipment.

By any fair measure, the litigation was not smart. It also wasn’t successful. But before the case was thrown out over the summer, members of the Republican-dominated Maricopa County Board of Supervisors sought sanctions against the plaintiffs for the “numerous false allegations about Arizona elections” Lake, Finchem, and their attorneys made in their complaint.
As The Arizona Republic reported, the judge in the case agreed.

In a blistering 30-page opinion, a federal judge ordered sanctions against the attorneys of Kari Lake and Mark Finchem in their lawsuit against voting machines, hoping to deter “similarly baseless suits in the future.” ... In his order granting sanctions on Thursday, [U.S. District Court Judge John Tuchi] delivered strong punches to the arguments that Lake, Finchem and their attorneys put forth in what he deemed a “frivolous complaint.”
Click to expand...

While the plaintiffs sought “massive, perhaps unprecedented federal judicial intervention” to change Arizona’s election system before the recent election, “they never had a factual basis or legal theory that came anywhere close to meeting that burden,” the judge wrote.
As the local report added, Tuchi went on to say he would “not condone litigants ... furthering false narratives that baselessly undermine public trust at a time of increasing disinformation about, and distrust in, the democratic process.”
Bill Gates, a local Board of Supervisors chair, told the Republic in a statement there are “too many examples in recent years of attorneys trying to weaponize the court for political purposes. It is wrong, it is unethical, and these attorneys must be held accountable if we are to protect our democratic republic.”
It’s an important point. American courtrooms are not supposed to be abused by politicians filing frivolous cases in pursuit of partisan theatrics. The judiciary is not a toy. There is a reasonable expectation that all litigation, even if ultimately unsuccessful, have at least some merit.
And when attorneys file performative cases in pursuit of scoring political points, it’s also reasonable to expect them to pay a price.
It was just a few weeks ago when a federal judge sanctioned Donald Trump’s lawyers for filing a transparently dumb case, penalizing the attorneys $50,000 for engaging in “a deliberate use of the judicial system to pursue a political agenda.” Last week, a different judge agreed to a similar step against Trump’s allies in the Grand Canyon State.
As for the precise penalty in Arizona, the Republic’s report added, “The final sanctions order won’t come for at least a month. Tuchi gave the county two weeks to file the total amount of attorneys’ fees incurred since the lawsuit was first filed. The plaintiffs have two additional weeks after that to file a response as to the “reasonableness” of the amount of fees.”

bripat9643 said:
It's display of annoyance at your dumbfuckery
Click to expand...

jc456 said:
who gets to determine that?
Click to expand...

We all do. Gays won, you lost.

Curried Goats said:
We all do. Gays won, you lost.
Click to expand...

what did gays win?
Well he's a boy, he was forced to do what men do, these days most men won't even do it because society has taught them that they are sheep and when wolves come, you must not fight them, you must call the shepherd.

The Culture Wars. Religious bigots tried to keep homosexuality in the closet and they lost.

Curried Goats said:
Religious bigots tried to keep homosexuality in the closet and they lost.
Click to expand...

BTW, so you are agreeing the gays got special rights then, right?
Last edited: Dec 5, 2022
Well he's a boy, he was forced to do what men do, these days most men won't even do it because society has taught them that they are sheep and when wolves come, you must not fight them, you must call the shepherd.

By society embracing the LGTBQ community.

jc456 said:
BTW, so you are agreeing the gays got special rights then, right?
Click to expand...

how so? I don't embrace them. My kids don't. my friends don't. who exactly are you referring to?
Well he's a boy, he was forced to do what men do, these days most men won't even do it because society has taught them that they are sheep and when wolves come, you must not fight them, you must call the shepherd.

this entire discussion as I repeatedly pointed out.

I crack up how fking stupid you are. I doubt you'd find your way out of a paper sack. Here, Asking for special rights is, asking for special rights
Well he's a boy, he was forced to do what men do, these days most men won't even do it because society has taught them that they are sheep and when wolves come, you must not fight them, you must call the shepherd.

Why should society be forced to embrace anything?
Heil Biden!​
​

Lastamender said:
Let's hope people are making sure this new law in enforced. If it is I do not see Democrats winning a dog catcher election. 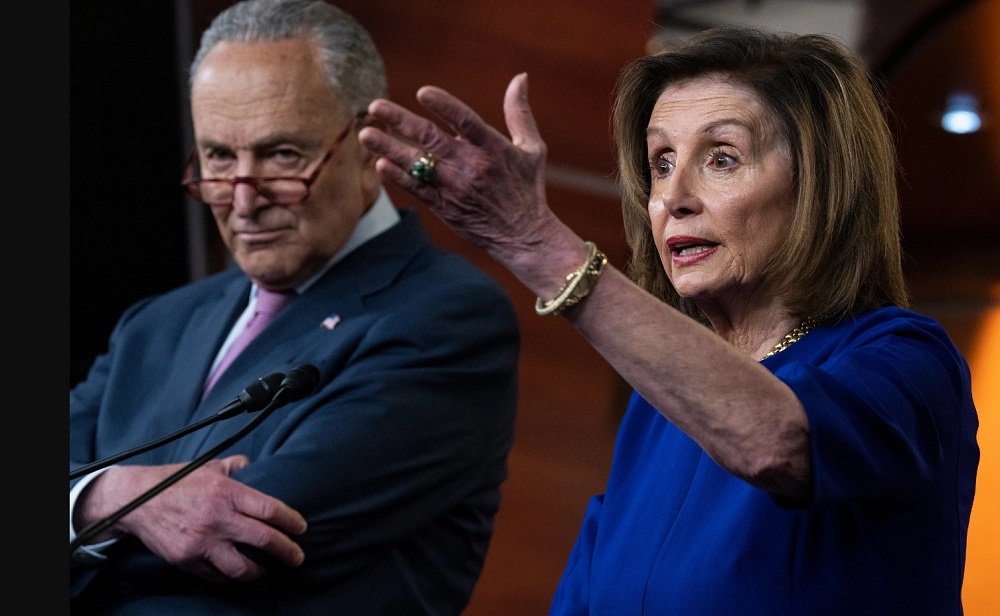 Illegal Migrants getting voting rights is a topic on the minds of many Americans this close to the midterm elections, and while Democrats flood the country with a massive invasion of migrants- letting them vote- is on the minds of many people. This is a great time to understand who can vote in...
republicbrief.com

Should be interesting finding out who has a problem with this.
Click to expand...

Obama had highly classified documents in his Washington DC house.

A moment ago
FJB

A moment ago
toomuchtime_
T

Joe Biden says Social Security and Medicare need to be on the table to solve deficits.
2 3

Biden keeps saying Billionaires and Corporations do not pay their fair share. Did these entities break the law, or are they just following tax code?