The memos, released under federal Freedom of Information laws, are likely to focus renewed attention on former Mueller prosecutor Aaron Zelinsky, who played a key role in prosecuting Papadopoulos before working on the case of longtime GOP operative and Trump confidant Roger Stone.

Zelinsky recently made headlines in Washington by resigning from the Stone case over a dispute with Attorney General William Barr over the length of prison time Stone deserved. Zelinsky recommended 7 to 9 years, Barr wanted less, and the judge ultimately decided on a lower sentence of just 40 months.

Earlier, Zelinsky was one of three Mueller team prosecutors who signed a sentencing memo in August 2018 seeking prison time for Papadopoulos. They argued there that Papadopoulos hindered federal prosecutors’ ability to question or arrest a European professor named Joseph Mifsud in mid-February 2017 while the Maltese academic was in Washington.

According to the sentencing memo signed by Zelinsky and fellow Mueller prosecutors Jeannie Rhee and Andrew Goldstein: Papadopoulos’ “lies undermined investigators’ ability to challenge the Professor or potentially detain or arrest him while he was still in the United States. The government understands that the Professor left the United States on February 11, 2017 and he has not returned to the United States since then." https://www.justice.gov/file/1007346/download added as link.

They may skate by like the slimy scum they are but the people will always know what Obama's deep state tried to do....

They may be the smoking gun for comey, McCabe, strzok, page, and other FBI agents...but not for the one who ordered it all...OBAMA!

They may be the smoking gun for comey, McCabe, strzok, page, and other FBI agents...but not for the one who ordered it all...OBAMA!

Look how long it took Trump to flip the 9th circus court.
Click to expand... 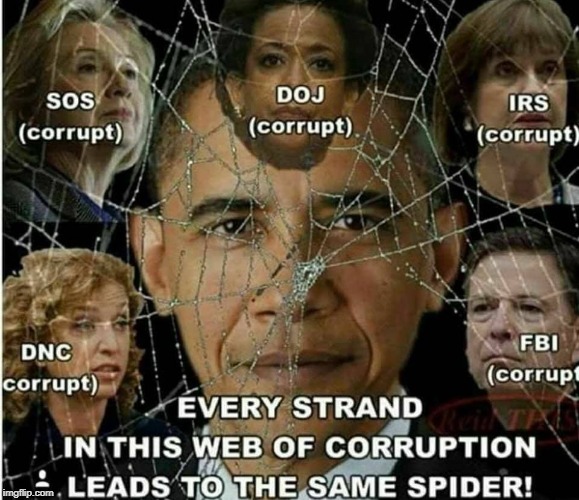 this thing was "Artificially Induced" -- wow; Trump just said that
2 3 4

Gods Punishment On A Godless Man
2 3