This is a modernism-vignette about 'TrumpUSA' inspired by the comic book stylized paramilitary fantasy-adventure animated film G.I. Joe: The Movie.

The modern world had become obsessed with capitalism and terrorism. Those who defended the commerce-centric 'TrumpUSA' were known as patriotic 'G.I. Joes,' and those who exhibited anti-Western sentiments with terrorist displays were known as 'Cobra.' G.I. Joe and Cobra vied with each other in various 'realms' --- the Internet, TV, media/news, movies, Wall Street, European Union, and of course, pedestrian events/festivals with a relevant symbolism --- e.g., 4th of July. The key signature of this entire 'rapture' was a distinct 'relentlessness.' Thankfully, President Donald Trump provided a good deal of optimism to the United Nations with his semi-comedic international address about Ralph Lauren fashion-models deserving medals of valor!

G.I. Joe and Cobra were both 'relentless.' Defending TrumpUSA required a strict adherence to principles regarding capitalism-defense, democracy-virtue, and patriotism-intellectualism. Attacking Western civilization required a focus on anarchism-defense, fascism-profitability, and 'terrorism-pragmatism.' Therefore G.I. Joe and Cobra were considered 'matrix diplomats' of the bifurcated humanity of the modern age. G.I. Joe was led by secret-soldier and commander 'Duke' (who was secretly a Hollywood celebrity). Cobra was led by a vicious terrorist named Cobra Commander and his rival, a brutish power-schemer and fascist named 'Serpentor.'

There were female soldiers too! G.I. Joe women included the agile and world-wise Lady Jaye and the stealthy and combat-trained Scarlett. Cobra women included the ruthless and Machiavellian 'Baroness' and the eco-terrorist 'Pythona.' Some of these women were paired with soldiers from their respective sides (their 'companions' or lovers) and some were lone sharks in a sea of suffocating intrigue. The women on both sides of this 'turbulence' were equally concerned, however, about what the modern world of traffic and profiteerism 'hypnosis' would do to the 'soul' of everyday men.

The G.I. Joe infiltrator and assassin Snake-Eyes was trained in martial arts, field combat, Internet hacking, espionage, and even medicine. Snake-Eyes targeted the Cobra ninja-assassin Storm-Shadow, a wily and unpredictable psychopath who always carried a sword. Snake-Eyes knew that to get to Storm-Shadow, he would have to get past multiple Cobra ninja-guards who would guard the Cobra fortress (which was hidden somewhere in California). Snake-Eyes decided to go on a lone mission to search for the fortress, infiltrate it, and assassinate Storm-Shadow whom Snake-Eyes suspected was plotting to kill the First Lady (Melania Trump).

After Snake-Eyes infiltrated Cobra's fortress, he knocked Storm-Shadow unconscious and carried him back to G.I. Joe headquarters where he could be interrogated by Duke. Duke wanted to know what Cobra planned during the next G7 Summit under the Trump Administration. Storm-Shadow revealed that Cobra intended to short-circuit the Internet across the United States and then kidnap President Trump and hold him for ransom to the United Nations, thwarting a productive trade-negotiation G7 Summit and delaying plans for a peace initiative between the West and East involving America, China, and Hong Kong. Duke realized the delay would be disastrous, since the negotiations would facilitate the nuclear disarmament agenda in North Korea by President Trump.

Duke congratulated Snake-Eyes for apprehending Storm-Shadow and helping G.I. Joe procure the secret G7 terrorism plot and ordered Snake-Eyes to begin an elaborate NSA-involved cyber-homeland defense in the months leading up to the all-important Summit. Snake-Eyes went about performing the necessary network-security measures, as Duke planned the G.I. Joe retaliation against Cobra. Snake-Eyes sat in his study and thought to himself, "I wonder if Reaganomics could have produced such 'relentless vanities'!" The stage was set for a real 'dystopian battle,' which would come to be known as the Great Commerce War. President Trump felt comforted knowing there were numerous patriots out there (and democracy-loyalists) who would protect Western civilization from the reach of Cobra (and post-9/11 terrorism!)... 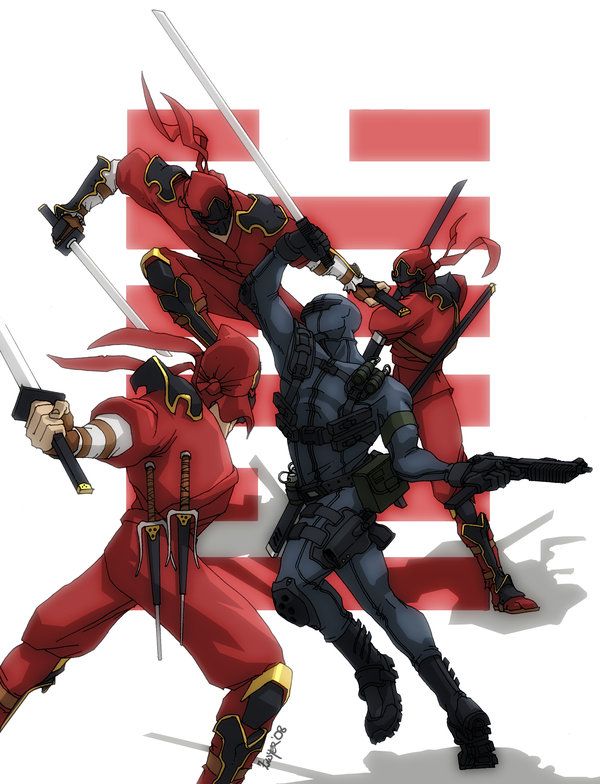 A moment ago
Dale Smith

ID needed for vaccine passport but not to vote?