Yes, we need ANOTHER BLACK LIBERAL MALE COMMUNIST to enter the socialist/communist/DEMOCRAT PRIMSRY...What is the difference between him, Booker, and Chavez....all men of color?...Besides Kamaltoe, da women of color?....All radical subversives that are tax and spend specialists, gun grabbers, and economic imbecile!

Former New York City Mayor Michael Bloomberg's entry into the 2020 Democratic presidential primary and former Massachusetts Gov. Deval Patrick's consideration to do the same is a sign the Democratic Party is having trouble, according to Matt Schlapp.

The Democrats are divided between the progressive wing and the more center-left wing of the party, Schlapp told Laura Ingraham on Monday. 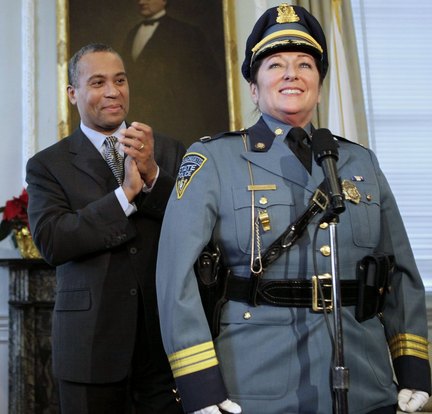 ISN'T THAT SGT. SCHULTZ IN DRAG????
You must log in or register to reply here.

A moment ago
The VOR

T
Trumps greatest hit of all time.....enjoy before its deleted!!