Why is Taiwan not called Taiwan at the Olympics?

Cutting through the B.S, it's simple: "Because the West is weak". A man wins a gold medal and has to stand for some fake "flag anthem", instead of his Taiwanese anthem. They have to participate as "Chinese Taipei".

We will pay for this eventually, one way or another, it's almost certain. 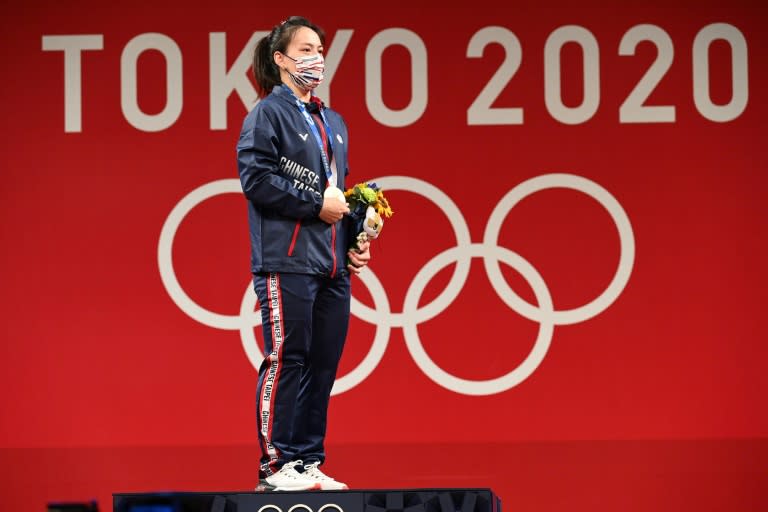 Why is Taiwan not called Taiwan at the Olympics?

Taiwan's star weightlifter Kuo Hsing-chun won gold at the Tokyo Olympics on Tuesday, but when she ascended the podium to receive her medal there was no national flag and no national anthem to greet her.

Taiwan's star weightlifter Kuo Hsing-chun won gold at the Tokyo Olympics on Tuesday, but when she ascended the podium to receive her medal there was no national flag and no national anthem to greet her.

Taiwan cannot even call itself "Taiwan" at the Games. Instead, it must use the title "Chinese Taipei", a source of considerable frustration to many Taiwanese.

What's in a name?

Taiwan has been given a host of names at the Olympics over the years because of its peculiar international status.

Despite being a self-ruled democracy of 23 million people with its own borders, currency and government, Taiwan's status remains disputed.

After the 1949 Chinese civil war ended, the losing Nationalists and their Republic of China government fled to Taiwan.

Mao's winning communist forces founded the People's Republic of China on the mainland.

Beijing's communist leadership has never controlled Taiwan. But it still views the island as part of a "one China" and has vowed to seize it one day, by force if it needs.

It tries to keep Taipei isolated on the world stage and balks at any use of the word Taiwan.

That was the name Taipei settled on back in 1981 with the International Olympic Committee (IOC).

It was a compromise that would allow Taiwan to compete in sports without presenting itself as a sovereign nation.

Instead of Taiwan's red and blue flag, Taiwanese athletes must compete under the "Plum Blossom Banner", a white flag that carries the Olympic rings.

A traditional flag-raising song -- not Taiwan's national anthem -- is played when athletes are on the podium.

Critics say the name is humiliating, noting that other disputed or unrecognised places, such as Palestine, get to use their own name and flag at the Olympics.

shockedcanadian said:
Critics say the name is humiliating, noting that other disputed or unrecognised places, such as Palestine, get to use their own name and flag at the Olympics.
Click to expand...

The west has been bought off by the lure of chinese wealth
Psalm 14:1 The fool says in his heart, "There is no God."
D

I agree. It is humiliating. They should hoist the Chinese flag and play their national anthem instead since they are a part of China.
You must log in or register to reply here.

I watched the end of the US Women Wokesters soccer match today.

Leaving It All Out On The Playing Field.

Newsmax host flips out when mild truth about Trump comes through.
2

Attacks On Jews Around the World
3 4 5

Breaking News This Just In, Booster Shots Aren't Required After All
3 4 5