Why Don't Savages Think America Was Ever Great?

How did we come to this point where non-Whites attack the most progressive society in history dominated by White geniuses and parasitic Jews as being repressive. Fucking bizarre.

savages are a bunch of animals that seek to destroy our progressive society as it doesn't conform to their utra-religious myth crap and they wish to submit us to their backwardness.
OP

I am being serious. I have no issues with Darkies, except when they assert their primitive, and invariably retarded POV into my society which is based on intelligence not savagery, but can easily destroy savages if they want to go there.
OP

Ugly, lesbian, armpit haired, tatooed fucking transgender wannabe tries to block a car but the police save it. Folks, this is the essence of Charlottesville. The dummy that got run over should have had police arrest it. To the retarded anti-white protesters who say "our streets" reality says "get out of the streets now" and "get out of the middle of the road" you sick anti-white-Trump morons.

Not sure who's the 'savages' here, snots. Have you read your diatribe?
Expect disappointment and you won't be disappointed. 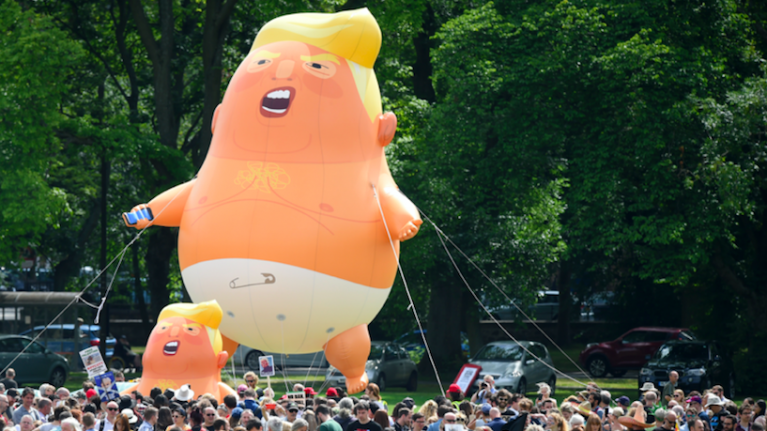 Since whites have always been the dominant group in America, there have always been people who are jealous, or angry about their (whites) special status, etc. But the hostilities were almost always kept kind of quiet.

But today, lots of hostile imbeciles realize that there will be no repercussions for making their hateful, hostile, racist, views known. So they're having a field day telling whitie to go to hell, or to stuff it, making outright threats, or whatever else they want to say and do.

Imo, a lot of these people are just lazy ingrates who think they are owed a living. Parasites who live with their hand out. Overall, those shouting the loudest and whining the most, are the least productive members of our society. So, how do you make losers have pride in our country, when they have no pride in themselves? Can that even be done. Maybe it's time to get serious, and find ways to repatriate a lot of these trouble-making sleazebags.

It's past time to impose some serious penalties for stupid behavior, rioting, looting, etc. Colleges have to suspend trouble-making students so qualified students can get the education they have paid for, without the interference of worthless maggot protesters (rioters). Police have to enforce the laws strictly, and be supported so they can have the confidence to do so. Take away government grants and welfare benefits from convicted trouble-makers (criminals).
Last edited: Aug 21, 2017

Ravings of a mad person.
“The good thing about science is that it's true whether or not you believe in it.”
Neil deGrasse Tyson

If you're willing to sit back and take the stupid shit that's going on in our colleges and streets, you can look in the mirror to find the "mad person."

monkrules said:
Since whites were always the dominant group in America,
Click to expand...

At the least the ravings of someone with an interesting value for 'always'.

edit...Perhaps, too, a unique value for 'America'.

T
If America Is Racist, Why Have Millions of Blacks Emigrated Here? Did Jews Emigrate to Germany in the 1930s?
2 3 4

East Asians were once seen as white and will be again?

The greatest disaster ever.
2

Do you think Russia attacked our democracy to steal the 2016 election in favor of Trump?
2 3

How about another stimulus check to fix the problems Biden created?
8 9 10

J
We're Not Ready To Say Goodbye To War Just Yet.