We are at war in Iran, accorcing to Biden

The stupidity of this man is incredible.

[ame=http://www.youtube.com/watch?v=U9SPkXSI82A&feature=player_embedded]Biden: How many of you have served in Iraq and Iran? - YouTube[/ame]

With O's number in the tank, he may nuke the place.
Learn to labour and to wait -- Longfellow
W

Obama gonna whup up on Iran if dey don't straighten up an' fly right...

According to a report on Israels Channel 10 News that has since been picked up by the Times of Israel, Pres. Obama will use an upcoming meeting overseas to discuss a military strike on Iran. Pres. Obama is scheduled to visit Israeli Prime Minister Benjamin Netanyahu next month, and during the get-together the two leaders will reportedly work out the details for a possible assault. Pres. Obama will tell Netanyahu that a window of opportunity for a military strike on Iran will open in June, Channel 10 claims.

Israel has long-urged the White House to use its military prowess to intervene in Irans rumored nuclear weapon procurement plan, demands which have by-and-large been rejected by the Obama administration. According to the latest reports, though, the United States might finally be willing to use its might to make a stand against Irans race for a nuke. 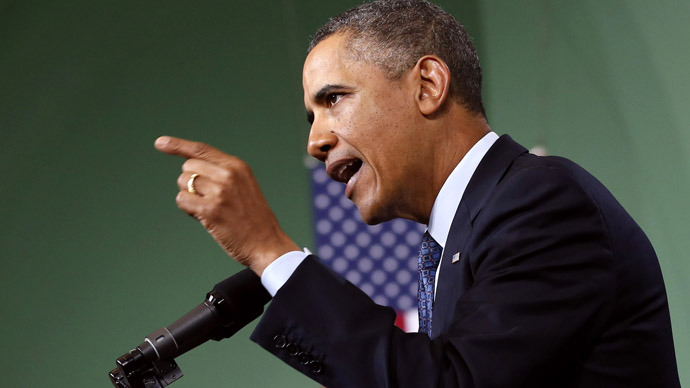 I have conversations with Prime Minister Netanyahu all the time. And I understand and share Prime Minister Netanyahus insistence that Iran should not obtain a nuclear weapon, because it would threaten us, it would threaten Israel, and it would threaten the world and kick off a nuclear arms race, Pres. Obama said during an interview on the television program 60 Minutes last year, but not before adding that hell continue to block noise from Netanyahus camp. "Now I feel an obligation, not pressure but obligation, to make sure that were in close consultation with the Israelis  on these issues. Because it affects them deeply. Theyre one of our closest allies in the region. And weve got an Iranian regime that has said horrible things that directly threaten Israels existence, he said.

Biden on Iran threat: Obama is not bluffing
Mar 4,`13 WASHINGTON (AP) -- Seeking to reassure anxious Israelis and their American supporters, Vice President Joe Biden vowed Monday that the United States won't back down from its pledge to use military action to thwart Iran's nuclear program should all other options fail.

"President Barack Obama is not bluffing," he said. In a prelude to Obama's upcoming trip to Israel - his first as president - Biden told a powerful pro-Israel lobby that the U.S. doesn't want a war with Iran, but that the window for diplomacy is closing. He said prevention, not containment, is the only outcome the U.S. will accept.

But in a sign the U.S. is still reluctant to embroil itself in another Mideast military effort, Biden cautioned more than 13,000 Israel supporters at the American Israel Public Affairs Committee's annual conference that if Israel or the U.S. acts too hastily, without exhausting every other reasonable option, they could risk losing the backing of the international community. "That matters because God forbid we have to act, it's important that the rest of the world is with us," Biden said to muted applause.

Israeli Prime Minister Benjamin Netanyahu, speaking to the conference by video link from Jerusalem, pushed back against such reluctance, reflecting the tension still present between the U.S. and its closest Mideast ally as they seek a united front to stave off Iran's nuclear program. "From the bottom of my heart and from the clarity of my brain, words alone will not stop Iran. Sanctions alone will not stop Iran," Netanyahu said.

The U.S. and world nations have imposed crippling sanctions on Iran's oil and financial industries in hopes of forcing Tehran back to the negotiating table and persuading it to give up nuclear ambitions. Netanyahu has warned that the world has until this summer - at the latest - to keep Iran from building a bomb, and has repeatedly hinted at Israel's willingness to launch a military strike to stop it, an endeavor the United States likely would be dragged into.

Good thing an attack against Iran is on the horizon... about time too!

Bad thing Obama continuously leaks sensitive information to the enemy.... I mean, what else is he going to tell... the time the place and the location of the attack????
Last edited: Mar 4, 2013
You must log in or register to reply here.

This is the future of America

Biden, lift the sanctions on Iran and Cuba.
2

After Handing Out Gifts At The G7 Summit To US Enemies, Biden Is Still Feeling Generous

A Most Disturbing Phenomenon
4 5 6

What the hell is Biden doing at the border?