Was Justin Trudeau set up by the Russians ? 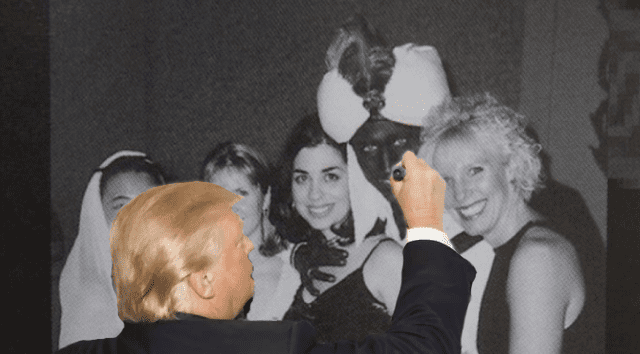 how low the Western world has fallen that this 'brown face' happening is even a topic eh ??
B

We should check with someone who’s dealt with sleazy Russians in the past. The Hildebeast comes to mind...
Z

RULES ARE FOR THE LITTLE PEOPLE:

He broke the interwebs

Then Trudeau blamed his "PRIVILEGE" for making him do that. I have no problem with his costume, but don't preach to me about every extreme PC, SJW mental illness and then blame your White Privilege.

pismoe said:
how low the Western world has fallen that this 'brown face' happening is even a topic eh ??
Click to expand...

Have you ever heard of Black Pete?

The Snowflakes now want him banned from Holland Christmas Tradition ...

pismoe said:
how low the Western world has fallen that this 'brown face' happening is even a topic eh ??
Click to expand...

Have you ever heard of Black Pete?

The Snowflakes now want him banned from Holland Christmas Tradition ...

He seems to be groping the cute brunette.

Only a matter of time till the rape allegations.

Trudeau set himself up in his tearful disgusting apology for growing up white and privileged. What the hell is wrong with dressing up like an Asian Indian for a freaking party? Jewish Sam Jaffe never apologized for playing Gunga Din in the movie.
Z


Liberals seem to have a problem as more Justin Trudeau blackface photos have surfaced. Meanwhile, Democratic politicians in America continue to say anti-semitic things.​
In their defense, liberals have come out to clarify that their racism isn’t the destructive kind condemned by most of humanity, but rather, it’s a new improved form called “democratic racism.”​
“It’s not racism—it’s democratic racism,” Justin Trudeau assured supporters as 78 new images surfaced of him in various shades of brown makeup. “It’s totally different from regular racism, and to imply that our racism is the same as the bad kind of racism is ignorant.”​
To separate the new democratic racism from old, boring racism, liberals pointed out that their form is very popular, and that their base is willing to defend their racist actions and comments. “See, they voted for us, and no matter what crazy racist comments we make, they’ll vote for us again,” said Ilhan Omar. “Where regular racism is condemned by all, democratic racism is voted for by our supporters. So it’s, like, democratic.”​
This is supposed to be satire.
Z

NOW IT ALL MAKES SENSE: Trudeau Claims He Was Known As ‘Corn Pop’ Until A Cool White Dude Turned His Life Around.

Good People On Both Sides

Are These Riots the Beginning of a Civil War?

Can anyone really define Antifa?
2 3