Here's a vampire-lore tale inspired by the democratic filmVampire Hunter D: Bloodlust. I hope you like it!

I took a flight on Aer Lingus from NYC to Dublin. I then traveled to Belfast to begin my hunt for vampires. Yes, I'm a vampire-hunter. I was armed with a red crucifix and holy-water. I would shoot crossbow-arrows tipped with holy-water. That's the only way to kill a vampire. My Aer Lingus flight was otherwise not adventurous or memorable and simply comfortable and made me ready for my bloody adventure.

My name's Isaac Satan. I consider myself to be the reincarnation of Ichabod Crane. No, I have no intention of being beheaded by the Headless Horseman and in my case the vampire Lestat. Yes, Lestat is my rival. He's a real lurker and a head-vampire hiding somewhere in Europe. I think he's in Belfast. I'm Isaac Satan, and I'm ready for my bloody adventure.

Something I keep as a secret weapon for my crusade to hunt down and extinguish bloody vampires is a set of shiny red stones, shaped to resemble berries or the pits of pomegranates. These red gems signify a solidified blood or extra-perception of the shiny vitality of blood. That's what draws in a vampire, of course --- the magical mystical quality of red blood. These red gems I sometimes throw at vampires before shooting arrows, because this gives me an aura of great supernatural confidence!

To hunt a vampire, you have to be a terrific liar. You have to be able to present yourself as one person and then cast yourself as another. You have to be able to exude confidence even when there is none! That's the real trick of creating a vampire net, and without this trick, there's no way of effectively or skillfully sifting through the red minions of the underground vampire world and finding those 'red gems' of female vampires who control the gates of the vampire world. It's these red female vampire 'robots' and 'androids' that guard the vampire-world gates to great supernatural rice.

Lestat is the main vampire I'm hunting. However, I believe Lestat keeps at his side a new vampire prodigy or protege named Rex, who just may be the 'actual' vampire-head. Perhaps Rex is creating an underworld while Lestat is serving as his overworld diplomat or deceptive emissary of dark governance! Whatever is the real vampire mentalist hierarchy, I know I have to kill both Lestat...and his elfin sidekick Rex!

As I arrive in Belfast and settle in, I wonder who're the sirens or female vampires who'll set snares and traps for me to prevent me from reaching the venomous Lestat or his veiled sidekick Rex. Perhaps this female vampire siren will be a woman who resembles just about any other woman you might meet in Europe and find beautiful and charming. I must remain therefore wary of psychological complacency, lest I overlook a vampire-siren waiting to destroy. 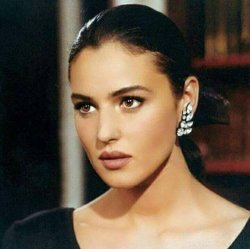 I meet an Irish-American woman named Nicole who wants to hunt vampires too. She confides this in me as we drink lots of ale together at a Belfast pub. It's a Catholic pub, and Nicole tells me that the Irish are no strangers to vampire-lore and that she wants to honor her father's legacy by taking up the cross and hunting down evil --- in the form of vampires. I decided to make Nicole my sidekick. I have to make sure every now and then she's not a vampire herself, seeking to trap me before I reach Lestat and Rex.

I hand Nicole some red gems I've collected in the United Kingdom. These gems are not like my own but are rather adequately-priced red emeralds and diamonds. If Nicole throws these red gems she now has in her little bag at the eyes of the vampires we might encounter before shooting holy-water tipped crossbow arrows, she'll witness vampires crumbling at the sight of corrupted security just as I'd witnessed in my years hunting vampires all over Europe. 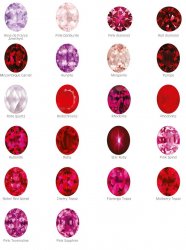 Finally, I had come in contact with the vampire Lestat. I was yet again shocked to notice how much he resembled Tom Cruise. This vampire was most likely a head-vampire, and I really thought this because I really didn't know what the hierarchy-position of his vampire sidekick Rex had become by someone's hand or his own! Nevertheless, I know defeating Lestat is highly important, because he's the governor of the entire vampire-world brain.

Nicole and I met a very pretty young half-Asian woman in Northern Ireland named Nadia. She has on a very lovely red-and-green Christmas sweater. She noticed Nicole and I were both sweating and drunk. We explained in our stupor we'd just fought with the vampire Lestat and became weary, not really caring if she believed us or not! However, Nadia claimed she fully believed us and offered to give us shelter in her cottage outside Belfast she shared with her aging father who happened to be a vampire-hunter sage.

Nadia's father showed us a collection of books he kept as annals of the history of hunting down vampires all over Europe and in the United Kingdom. He told us that defeating vampires required a certain flair for socialization sensitivity, since a vampire could easily blend into the society around him/her without sticking out! This required a vampire-hunter to be adept at great personality criticism. We realized this vampire-hunter sage had kept this book collection to share his view with anyone who cared that vampires are simply humanoids who 'complicate' civilization diaries!

The old man tells me after pulling me aside in his den for pipe-smoking that the best tool for hunting vampires was fairy-tale books. He suggests to me that when you hold up these fairy-tale books in front of the eyes of a vampire, regardless of where you make contact with the blood-sucking creature of the night, the vampire by necessity shrinks in some kind of quieted humiliation. I realize this might be true, since fairy-tales reflect a human perception of simple dogma! I thank the old man for this new ultimate weapon.

Do BLACK LIVES MATTER much?

Why NOT to vote for Trump

Inside Nancy Pelosi’s District: This Is Not What America Should Look Like
2

Trump will open Wild Life refuges to hunting, but refuses to lift a finger to save a local ecosystem far more critical

5
Billions of Dollars still being wasted on Mars Probes and, back to the Moon missions.This is all insanity!
2 3