I got a brief look at this last night when it was announced on CNN. While we are all shocked at FBI director James Comey, violating long time standing protocol of the Justice Department of not announcing anything within 60 days of an election, (after being warned from Justice officials not to send a letter to congress) and whom is most certainly walking a tightrope of prosecution over violation the Hatch Act of 1939--Rudy Giuliani name pops up in all this. Of course Giullani being all in for Trump who recently stated on video that Hillary Clinton is NOT qualified to be POTUS because she is a WOMAN. Well it looks like there is much more of this sentiment going on within New York FBI headquarters--because they are also involved in this.

Here is the article:

Two days before FBI director James Comey rocked the world last week, Rudy Giuliani was on Fox, where he volunteered, un-prodded by any question: “I think he’s [Donald Trump] got a surprise or two that you’re going to hear about in the next few days. I mean, I’m talking about some pretty big surprises.”

Pressed for specifics, he said: “We’ve got a couple of things up our sleeve that should turn this thing around.”

The man who now leads “lock-her-up” chants at Trump rallies spent decades of his life as a federal prosecutor and then mayor working closely with the FBI, and especially its New York office. One of Giuliani’s security firms employed a former head of the New York FBI office, and other alumni of it. It was agents of that office, probing Anthony Weiner’s alleged sexting of a minor, who pressed Comey to authorize the review of possible Hillary Clinton-related emails on a Weiner device that led to the explosive letter the director wrote Congress.

Hours after Comey’s letter about the renewed probe was leaked on Friday, Giuliani went on a radio show and attributed the director’s surprise action to “the pressure of a group of FBI agents who don’t look at it politically.”

“The other rumor that I get is that there’s a kind of revolution going on inside the FBI about the original conclusion [not to charge Clinton] being completely unjustified and almost a slap in the face to the FBI’s integrity,” said Giuliani. “I know that from former agents. I know that even from a few active agents.”

Back in August, during a contentious CNN interview about Comey’s July announcement clearing Hillary Clinton of criminal charges, Giuliani advertised his illicit FBI sources, who circumvented bureau guidelines to discuss a case with a public partisan. “The decision perplexes me. It perplexes Jim Kallstrom, who worked for him. It perplexes numerous FBI agents who talk to me all the time. And it embarrasses some FBI agents.”

Kallstrom is the former head of the New York FBI office, installed in that post in the ’90s by then-FBI director Louis Freeh, one of Giuliani’s longtime friends. Kallstrom has, like Giuliani, been on an anti-Comey romp for months, most often on Fox, where he’s called the Clintons as a “crime family.” He has been invoking unnamed FBI agents who contact him to complain about Comey’s exoneration of Clinton in one interview after another, positioning himself as an apolitical champion of FBI values.

Last October, after President Obama told 60 Minutes that the Clinton emails weren’t a national security issue, Megyn Kelly interviewed Kallstrom on Fox. “You know a lot of the agents involved in this investigation,” she said. “How angry must they be tonight?”

“I know some of the agents,” said Kallstrom. “I know some of the supervisors and I know the senior staff. And they’re P.O.’d, I mean no question. This is like someone driving another nail in the coffin of the criminal justice system.”

Kallstrom declared that “if it’s pushed under the rug,” the agents “won’t take that sitting down.” Kelly confirmed: “That’s going to get leaked.”

When Comey cleared Clinton this July, Kallstrom was on Fox again, declaring: “I’ve talked to about 15 different agents today—both on the job and off the job—who are basically worried about the reputation of the agency they love.” The number grew dramatically by Labor Day weekend when Comey released Clinton’s FBI interview and other documents, and Kallstrom told Kelly he was talking to “50 different people in and out of the agency, retired agents,” all of whom he said were “basically disgusted” by Comey’s latest release.

By Sept. 28, Kallstrom said he’d been contacted by hundreds of people, including “a lot of retired agents and a few on the job,” declaring the agents “involved in this thing feel like they’ve been stabbed in the back.” So, he said, “I think we’re going to see a lot more of the facts come out in the course of the next few months. That’s my prediction.”

Kallstrom, whose exchanges with active agents about particular cases are as contrary to FBI policy as Giuliani’s, formally and passionately endorsed Trump this week on Stuart Varney’s Fox Business show, adding that Clinton is a “pathological liar.”

Kallstrom, who served as a Marine before becoming an agent, didn’t mention that a charity he’d founded decades ago and that’s now called the Marine Corps Law Enforcement Foundation, was the single biggest beneficiary of Trump’s promise to raise millions for veterans when he boycotted the Iowa primary debate. A foundation official said that Trump’s million-dollar donation this May, atop $100,000 that he’d given in March, were the biggest individual grants it had ever received. The Trump Foundation had contributed another $230,000 in prior years and Trump won the organization’s top honor at its annual Waldorf Astoria gala in 2015.

The charity, which Kallstrom has chaired without pay since its founding, says it has given away $64 million in scholarships and other aid to veteran families. Rush Limbaugh is a director and has given it enormous exposure on his show and helped it fundraise. Its executive director also worked at the highest levels of New York Governor George Pataki’s Republican administration, and its vice president is also the regional vice president for Trump Hotels in the New York area. The FBI New York office, the charity’s 2015 newsletter noted, then employed 100 former Marines.

Kallstrom, who first worked with Giuliani when the future mayor was a young assistant prosecutor in the early ’70s, was Pataki’s public safety director for five years after the 9/11 attacks and claims he was the one who recommended Comey to Pataki, who got the Bush White House to name him to Giuliani’s old job, U.S. attorney for the Southern District in 2001. Comey had worked in the Southern District for years, hired as a young assistant in 1987 by Freeh, then a top Giuliani deputy.

Kallstrom’s victory tour this weekend also included an appearance on Fox with former Westchester District Attorney Jeanine Pirro, another close associate of Pataki’s, who complained on air that she’d been the victim in 2006 when word emerged that the U.S attorney and FBI were probing her in the midst of a race she eventually lost to Andrew Cuomo to become New York Attorney General.

Her concern about the political impact of law enforcement leaks, though, didn’t extend to Democrat Hillary Clinton. “He couldn’t hold on to this any longer,” Kallstrom said of Comey. “Who knows, maybe the locals would’ve done it,” he added, a reference to leaks that elicited glee from Pirro, who echoed: “New York City, that’s my thing!

In a wide-ranging phone interview on Tuesday with The Daily Beast, Kallstrom first repeated his claim that he gets hundreds and hundreds of calls and emails but stressed they all came from retired agents, adding that he didn’t “want to talk about agents on the job.” Then he acknowledged that he did interact with “active agents.” The agents mostly contacted him before the recent Comey letter because “in all but two cases,” they agreed with what he was saying in his TV appearances, noting that those two exceptions both thought “I should be more supportive of Comey.”

Kallstrom adamantly denied he’d ever said he was in contact with agents “involved” in the Clinton case, insisting that he didn’t even know “the agents’ names.” He asked if this story was “a hit piece,” and contended that it was “offensive” to even suggest that he’d communicated with those agents. When I emailed him two quotes where he made that claim, he responded: “I know agents in the building who used to work for me. I don’t know any agents in the Washington field office involved directly in the investigation.”

Later, though he acknowledged that “the bulk” of the agents on the Weiner case are “in the New York office,” even as he insisted that the “locals” he told Pirro would’ve leaked the renewed probe had not Comey revealed it were not necessarily agents.

He declined to explain why Megyn Kelly stated as a fact that he was in contact with agents “involved” in the case. Asked in a follow up email if he suggested or encouraged any particular actions in his exchanges with active agents, Kallstrom replied: “No.” There's more click the link.

It’s clear enough, though, why when Comey sent a note to FBI staff on Friday explaining his decision to inform Congress about the renewed Clinton probe, the scoop about that internal memo went to Fox News. Why Kallstrom gets booked to talked about the Clintons a “crime family.” Why Clinton Cashauthor Peter Schweitzer, caught in a web of Breitbart and Trump conflicts, would announce on Fox that he was asked in August to sit down with New York office FBI agents investigating the Clinton Foundation (with The New York Times reporting this week that the agents were relying largely on his discredited work when they pitched a fullscale probe).

Fox is the pipeline for the fifth column inside the bureau, a battalion that says it’s doing God’s work, chasing justice against those who are obstructing it, while, in fact, it’s doing the GOP's work, even on the eve of a presidential election.
Meet Donald Trump’s Top FBI Fanboy 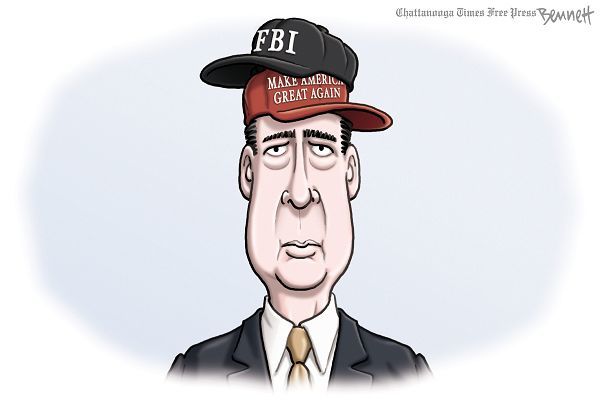 Look I have been life-long Republican, and Frankly after this I hope they all burn in hell for pulling a STUNT like this. Vote for Hillary Clinton, to make certain they do.

House Democrats have now picked up the ball on this one.

In a letter to the Justice Department’s Office of the Inspector General, Reps. Elijah Cummings (Md.) and John Conyers (Mich.) cited comments from former New York City Mayor Rudy Giuliani, who said Friday that he obtained information about the FBI’s Clinton investigation long before Director James Comey sent a letter to members of Congress last Friday about new emails that may have been relevant to the Clinton probe. Giuliani is an adviser to GOP nominee Donald Trump and a former top federal prosecutor.

“It is absolutely unacceptable for the FBI to leak unsubstantiated ― and in some cases false ― information about one presidential candidate to benefit the other candidate. Leaking this information to former FBI officials as a conduit to the Trump campaign is equally intolerable,” the letter states.

“These unauthorized and inaccurate leaks from within the FBI, particularly so close to a presidential election, are unprecedented,” it says. “For these reasons, we are calling on your office to conduct a thorough investigation to identify the sources of these and other leaks from the FBI and to recommend appropriate action.”
Democrats Call For Probe Of FBI Leaks About Clinton After Rudy Giuliani's Comments | Huffington Post

Trump Supporters - Don't his comments about women bother you?

Did the worst part of our Benghazi failures come, not after the attacks, but BEFORE them?

A moment ago
krichton
K

Clueless Kinzinger Needs to Be Voted Out of Office