Solar is a scam. It never makes money on electricity it sells. All the money made is subsidies. It is explained very simply in one paragraph.

Is SunPower the Next Horrific Solar Bankruptcy or Just Misunderstood? -- The Motley Fool


The more recent challenge solar companies have run into is a continual need of financing that eventually breaks down. This happens to companies that build and own solar systems. I call it the house-of-cards effect. It's what did in SunEdison and is currently haunting SolarCity (NASDAQ:SCTY).

This house-of-cards effect develops because a solar company builds solar projects and then wants to hold them on the balance sheet -- or, in SunEdison's case, in a yieldco -- long term to extract maximum value. You build a project; sell tax benefits, state or federal incentives, and future cash flows to investors; and pocket the profit that's left over. Hypothetically, a company could lather, rinse, and repeat in perpetuity.

Problems with this model erupt only when investors lose confidence in your business for some reason, making it more costly to borrow money for the next project. If borrowing costs go up enough, projects are built at a loss and that causes investor confidence to fall further -- the downward cycle has begun.

I highlighted this house-of-cards phenomenon in SunEdison over a year ago, and SolarCity is starting to show some similar signs of stress as its cost of capital rises. The canary in the coalmine is rising interest costs on a business in continual need of debt.
O

Well now, by folding Solar City into Tesla, it looks like Musk is changing the formula.

Not only that, solar is rapidly expanding worldwide. The Sunedison, Sunpower, and Solar City models are but a miniscule element in the overall picture of the expansion of solar power.

Why Solar Power Is Surging in the US

The solar industry installed 2,051 megawatts between April and June, marking the eleventh consecutive quarter in which the U.S. saw more than a gigawatt of solar capacity added to the grid. The volume of installations also marks 43 percent growth from the same quarter in 2015. “We’re seeing the beginning of an unprecedented wave of growth that will occur throughout the remainder of 2016, specifically within the utility PV segment,” Cory Honeyman, GTM Research associate director of U.S. solar research, said in a statement. “With more than 10 gigawatts of utility PV currently under construction, the second half of this year and the first half of 2017 are on track to continue breaking records for solar capacity additions.”

Growth in the solar industry continues to pick up steam. In a sign of how strong this year could turn out to be for solar, more solar is expected to be installed in the last six months of 2016 alone than in any other full year.

Everywhere and anyhow you look at Solar it is a failure


If Tesla Motors succeeds in buying SolarCity, it will own a company that relies on assumptions about pricing and customer behavior that stretch to 2036. By then, Elon Musk could be living on Mars.


Yet the combined market value of the electric-car maker and solar-panel seller fell the day after the news, indicating skepticism. Perhaps just as telling, the share prices of the two companies most similar to SolarCity, Vivint Solar and Sunrun, were trailing the market. The opposite usually occurs when someone pays a premium for a competitor.
OP 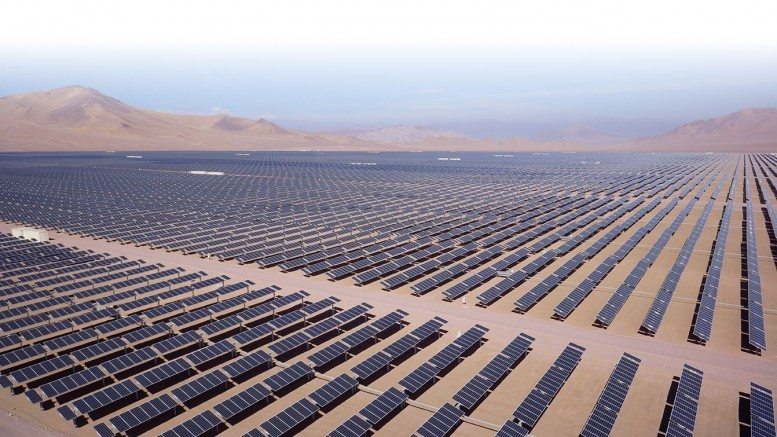 Much to their chagrin, the industry has reversed field and is in full retreat. The largest solar company in the world, SunEdison, is on the ropes and headed toward bankruptcy. It may take the rest of the industry with it.

Since last July, SunEdison’s stock has lost ninety-eight percent of its value, despite a recent rally off its low. Excuses and accusations abound.
OP

I must admit that it is hard to find the truth about Solar, Google of course is biased for Solar, having invested billions in failed Solar Projects. So, in order to find the truth we must sort through hundreds if not thousands of articles that pay google to be found and in which google naturally chooses to front load the search results with.

Here we see that Solar is crippling Hawaii

Hawaiians Learning About the Pitfalls of Solar Power - IER

Hawaii’s electric utility is finding out what German electric utilities have already discovered—they are having trouble surviving financially when they must provide back-up power to intermittent renewables (wind and solar) that is not fully reimbursed and must maintain the electric grid that the intermittent renewables also use for free. In Arizona, the electric utilities are asking solar owners to pay for their use of the grid that the utility maintains. Hawaii’s electric utility is doing the same by wanting to reduce the value of the solar they purchase from new rooftop solar homes by half.
O

How Much Room Do We Need To Supply The Entire World With Solar Electricity?
NADINE MAY

In 2009, the total global electricity consumption was 20,279,640 GWh. The sun creates more energy than that in one hour. The tricky part is collecting that energy and converting it into useful electricity with solar panels. How much area would need to be covered with solar panels in order to capture enough energy to meet global demand? Actually, it’s not as much as you’d think.

The image above has three red boxes showing what area would need to be covered for Germany (De), Europe (EU-25), and the entire world.

So what the hell are we waiting for? Let’s start getting more solar panels on some rooftops and start chipping away at those boxes!

One can see that it would not take more space than what is on the roofs of the buildings in the cities of the world to power the world.
O

The emergence of the grid scale storage batteries will make solar and wind 24/7. And eliminate the need for new fossil fuel plants. And deliver electricity at a far cheaper rate than nuclear plants. A win-win for all of us.
OP

And it continues, there is not enough land to build Solar, so now they must destroy forests!

Dismaland: Destroying a Forest to Build a Solar-Powered Amusement Park

Old Rocks said:
The emergence of the grid scale storage batteries will make solar and wind 24/7. And eliminate the need for new fossil fuel plants. And deliver electricity at a far cheaper rate than nuclear plants. A win-win for all of us.
Click to expand...

Old Crock, you are a liar, just like in the Nuclear thread where you said Hydrogen was not a Neutron Moderator. Old Crock you do not know you ass from a hole in the ground. Today Solar supplies less that 1% of our energy, you expect us to believe after spending $44 Trillion batteries will save the day for Solar? All lies with zero proof.
O

Then discuss this with Disney. That in no way reflects on the utility of solar.
O

Texas Utility Oncor Wants to Invest $5.2B in Storage: Can It Get Approval?

2018 is a suitable deadline for a process sure to include pushback from the state’s power generation utilities, which hold privileges in supplying energy and power to the state’s grid under Texas’ competitive energy regime. But it’s also indicative of a bet that battery prices will fall significantly over the next four years, ensuring the investment pay off in terms of fewer power outages, lower grid-upgrade costs, and other benefits that will end up reducing customer utility bills.

Oncor hired the Brattle Group to analyze the impact of $5.2 billion invested in distributed, utility-controlled batteries. The Boston-based consulting group reported that ERCOT could see positive impacts from up to 5 gigawatts of “grid-integrated, distributed electricity storage,” based on the presumption that battery prices will fall to $350 per kilowatt-hour, about half the cost of the cheapest lithium-ion batteries available today (PDF). At those prices, Oncor’s distributed storage fleet could drive average Texas residential power bills down by 34 cents to $179.66 a month, according to the report.

Oncor’s plan represents one of the biggest potential energy storage procurement opportunities in the country -- if it actually comes to pass. As noted in the Dallas Morning Newspiece, Oncor will almost certainly face formidable opposition from state legislators and energy regulators.

The opposition from the legislature against a private company making this investment continues in Texas, even as the price for some grid scale batteries is about half of what the breakeven point that Oncor estimates. In other words, for the protection of some rich people they are costing consumers more for electricity.
You must log in or register to reply here.

A moment ago
jillian

The real reason for the Dr. Seuss freakout

Sen. Joe Manchin on whether he would change his mind on ending the filibuster: 'NEVER! Jesus Christ, what don't you understand about 'never'?'
2

Biden’s Next DOJ Pick Is Even Worse Than His First