The Sh*t Show That was Georgia...The Fake Trump Quotes Were Only Part of the Story

It's now government vs the people not Dem vs Rep. Government has no intention of allowing the people to choose the president. They have been rigging elections for decades then Trump came along and couldn't be purchased. Trump caught them sleeping in 2016 that's why the election rigging and cheating was off the charts in 2020.

Welcome to the real USA where elections are bought, sold, and rigged.

Rambunctious said:
What is going to happen when the truth finally breaks free?.....what will our justice system heads do then?...what will the courts do?...nothing?....
Click to expand...

What will they do....not a God Damned thing.
That has been the plan all along. Lie about what they did long enough till nothing can be done about it.
Patriot Purge - Part 1 - Tucker Carlson 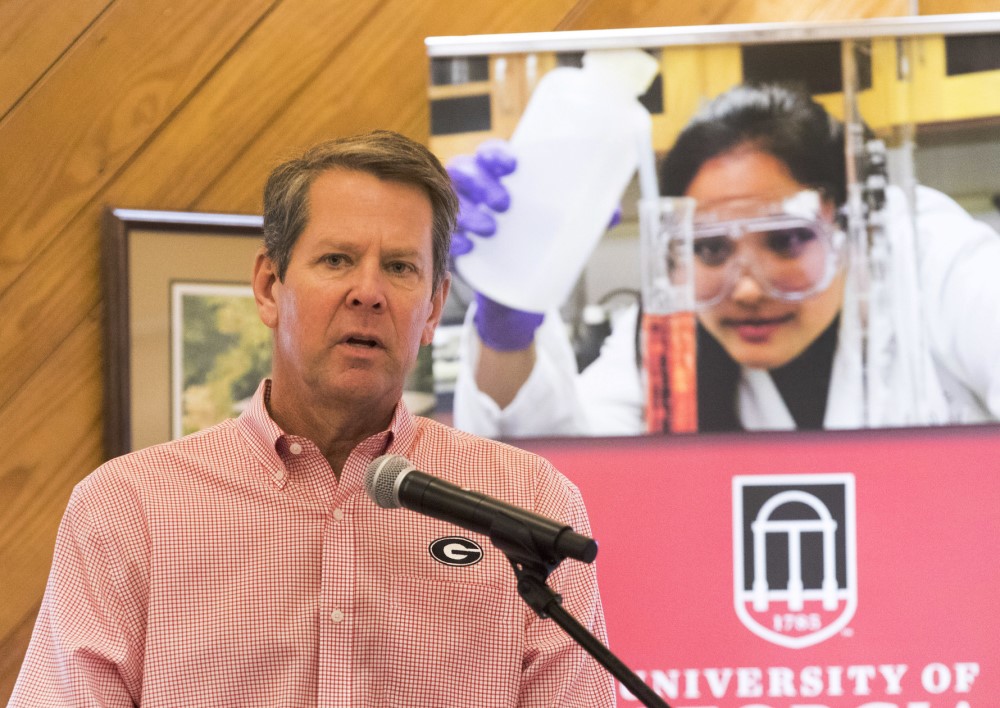 The fake quotes, bad as they were, are just one of many ways the media have done a horrible job of covering election disputes in Georgia.

thefederalist.com
In the 2020 election maybe the most dysfunctional state was Georgia.
"The Washington Post was busted for publishing fabricated quotes from an anonymous source, attributing them to a sitting president, and using those quotes as a basis to speculate the president committed a crime. The invented Donald Trump quotes, which related to a fight over election integrity in Georgia, were cited in Democrats’ impeachment brief and during the Senate impeachment trial.

But the fake quotes, bad as they were, are just one of many ways the media have done a horrible job of covering election disputes in the state."

Not just the fake plumbing disaster at the State Farm Arena in Fulton county, that allowed election officials to send all workers, observers, journalists away (claiming counting was over for the evening) while uncounted ballots werepulled out and a few select workers continued to run ballots through the Dominion vote changing machines for hours after work was supposed to stop.

But also Georgia going full steam ahead with Dominion machines which many leftist journalists said were
"insecure". How Media Talked About Georgia Before Biden Won...

“Georgia’s Election Mess: Many Problems, Plenty of Blame, Few Solutions for November,” read the June 10, 2020, New York Times headline of a story by Richard Fausset and Reid Epstein about the “disastrous primary election” in June that was “plagued by glitches, but Democrats also saw a systemic effort to disenfranchise voters.”

Citing irregularities with absentee ballots and peculiarities at polling sites, the authors said Georgia’s “embattled election officials” were dealing with a voting system that suffered a “spectacular collapse.” They said it was unclear whether the problems were caused by “mere bungling, or an intentional effort” by Raffensperger and his fellow Republicans in the secretary of state’s office.
“Georgia’s troubled system” would be exacerbated by voting by mail and the increased burden of handling absentee ballots, the article said. The “trouble that plunged Georgia’s voting system into chaos” was related to its Dominion Voting Systems, “which some elections experts had been sounding alarm bells about for months.” Indeed they had!
“Georgia likely to plow ahead with buying insecure voting machines,” wrote Politico’s Eric Geller in March 2019 about the plan to replace voting machines. He said cybersecurity experts, election integrity advocates, and Georgia Democrats had all warned about the security problems of the new machines, which would be electronic but also spit out a marked paper ballot.

“Security experts warn that an intruder can corrupt the machines and alter the barcode-based ballots without voters or election officials realizing it,” he wrote. It was alleged that a “meaningful audit” was “impossible.”

When Georgia picked Dominion Voting Systems in August 2019, the Atlanta Journal-Constitution warned “critics say the system will still be vulnerable to hacking,” citing high-profile hacks of Capital One and Equifax, as well as the online attacks on Atlanta and Georgia courts. “Election officials will have to be on guard against malware, viruses, stolen passwords and Russian interference,” the article continued. Yes, Russians.
“Georgia in Uproar Over Voting Meltdown,” The New York Times proclaimed in a June 9, 2020, story, citing problems with Dominion Voting Systems and Raffensperger’s management of the election. “The machines bought by the state last year were instantly controversial. Security experts said they were insecure. Privacy experts worried that the screens could be seen from nearly 30 feet away. Budget hawks balked at the price tag. And one of Dominion Voting Systems’ lobbyists, Jared Samuel Thomas, has deep connections to Gov. Brian Kemp, the Republican who defeated Ms. Abrams in 2018,” the article read.
Washington Post went with “As Georgia rolls out new voting machines for 2020, worries about election security persist,” which said, “election security experts said the state’s newest voting machines also remain vulnerable to potential intrusions or malfunctions — and some view the paper records they produce as insufficient if a verified audit of the vote is needed.”

If critics on the right were to restate these complaints now, it is likely that tech platforms would ban them or otherwise constrain their free discussion. The same media outlets would likely characterize these claims and concerns as unfounded.

‘Sue and Settle’ Smuggles In Major Change to Mail-In

Democrats use various strategies to implement changes to voting laws in order to limit election integrity or make it more difficult for election overseers and observers to detect election fraud. One of the approaches is termed “sue and settle.”

Marc Elias, well known for his role in the Russia collusion hoax and other Democrat operations, runs the campaign to change voting laws and practices to favor Democrats. Perkins Coie billed the Democrat Party at least $27 million for its efforts to radically change voting laws ahead of the 2020 election, more than double what they charged Hillary Clinton and the Democratic National Committee for similar work in 2016. Elias was sanctioned in federal court just yesterday for some shenanigans related to a Texas election integrity case.

There is too much incompetence and corruption to list here. See the Federalist article, if you are brave enough.
Click to expand...

What fake quotes? Between Trump's tweets and TV appearances his idiocy is well documented. Plus there is his recorded call to the Georgia Secretary of State. Federalist is not known for unbaised reporting.
OP

The Perkins Coie law firm' s name pops up over and over again. Clinton lawyer's indictment reveals 'bag of tricks'

It seems to be the rat's nest that is at the center of Clinton's disinformation campaign that was the
source of the entire Trump and Russia hoax used to smear Donald Trump.
Let's go, Brandon!
S

It seems to be the rat's nest that is at the center of Clinton's disinformation campaign that was the
source of the entire Trump and Russia hoax used to smear Donald Trump.
Click to expand...

No honey.. That was Paul Singer... a Republican billionaire.

GOP donor Paul Singer says Trump would cause a depression

Paul Singer, head of $27 billion Elliott Management, said Wednesday that he may not vote for anyone in the race.

It seems to be the rat's nest that is at the center of Clinton's disinformation campaign that was the
source of the entire Trump and Russia hoax used to smear Donald Trump.
Click to expand...

They need RICO filed against them.

Trump campaign knew they were lying about Dominion voting machines.
16 17 18

Creation and so forth