Why is he bad?

Because like a little child, The Left does not realize the value of The Word No, and neither do these rebellious little Hellions understand the consequences of their actions. When they are punished, they blame the parent correcting them. "I hate you!" is the usual retaliatory rebuff you hear while wiping their tears and running to their rooms after having their asses tanned.

This is no different than what we are seeing with today's Democrat Party. It is a temper tantrum by an unruly and undisciplined child who does not want to be punished and who cannot accept not getting his way. But Trump Daddy always holds the cards and regular beatings are frequently handed out to the willful child. Sometimes you just have to beat The Devil out of the Nasty Little Napoleons. Let the beatings......Continue!

The Latest such beating was the SHOCKING ACTION Trump Daddy took in unexpectedly releasing the transcript of The Ukraine call. 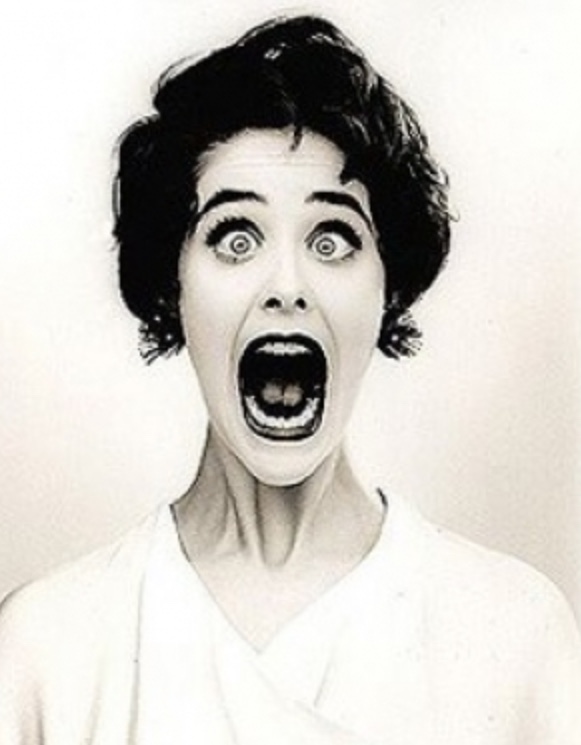 The way things unfolded looked to most observers, pre-planned.

There was Shifty Schiff's early Tweets a month before the Fake Whistleblower submitted his fake report. We then found out the "Spy" (he's not a whistle blower) had met and discussed and planned "The Big Reveal" a month prior with Schifty Schiff. We also find out, that he is a big time Democrat with ties to The Clintons, Obama, and Brennan, and that a Democrat Lawfirm was used to carefully craft his "report".

Then there was The Despicable Adam Schiff, perjuring himself on live TV with Lying Embellishments of The Transcript to fit a narrative he had crafted a month earlier.

Then there was Nancy Pelosi's fake reluctance to start a fake Impeachment Inquiry before she even was able to read The Transcript. And then, as if right on cue, we find a 2nd Spy comes out, yet does not want to file a report (He Got Cold Feet), because he saw that The Actual Transcript of The Call was out in the open.

No doubt these two spies were the same people that tried to embarrass The Office of The Presidency with illegal releases of transcripts of calls to Mexican, Thailand and Australian heads of state. They should be prosecuted with zeal over this.

But back to the Desperate Democrat dog and pony show..... They know they can't win. They threw Billions plus the kitchen sink at The President and even scraped the bottom of the scum bucket for Russian Spies and Kremlin Propaganda to throw at The Orange Menace and he is still standing.

Yet,they are unrepentant. I have a feeling my dad could change their mind at the end of his leather belt. Repentance means just that, "To Change One's Mind". Dad always was scarier than mom when you stepped in it. And he always said. "This is going to hurt me more than it's going to hurt you." The Dems, have no "Father" to correct them unfortunately. Maybe nobody really loved them enough to make sure they were raised right.

They are undisciplined and impulsive. Most "Bad Kids" are. They are "Fatherless."

Why did The Democrats go off half cocked and shoot themselves in the foot over this?

Because it was planned long ago, just like the Fake Russian Collusion Hoax was, and once the plan was set in motion, they could not have communications with their co-conspirators to alter the plan or stop it.

The Transcript being released was entirely unexpected. No President has dared to do this. Instead of letting spies leak transcripts of calls to heads of state like was done early in his presidency, Orange Man Bad, Trump Daddy took off his belt and laid a good beating on The Left by releasing The Ukraine Transcript much to their chagrin and horror. Tears began to flow, even as the angry child rebuffed his parent. "I hate you!" Sniffle Sniffle.

The Fake Impeachment Inquiry is Illegal, and now what you see, are Democrats Scrambling to change the narrative once again, from Ukraine Collusion to again, Obstruction of Congress when The President and Executive Branch has every right to refuse compliance with an illegal inquiry.

It kind of reminds me of my mother chasing my brother around the hallway with a hot wheels track as he fled in terror getting an occasional, PHWHACK and hearing a yelp whenever he got within my mother's range.

If he would have just stood still and taken his beating, it would have been over much sooner.

But alas, his foolishness extended his punishment.

Around the hallway he went, Phwack, Yelp, Phwack Yelp...until both my mother and he were tired of the game.

But man did it provide some comic relief watching that, every bit as what I see today!

Thanks little brother, and thank you Democrat Party. 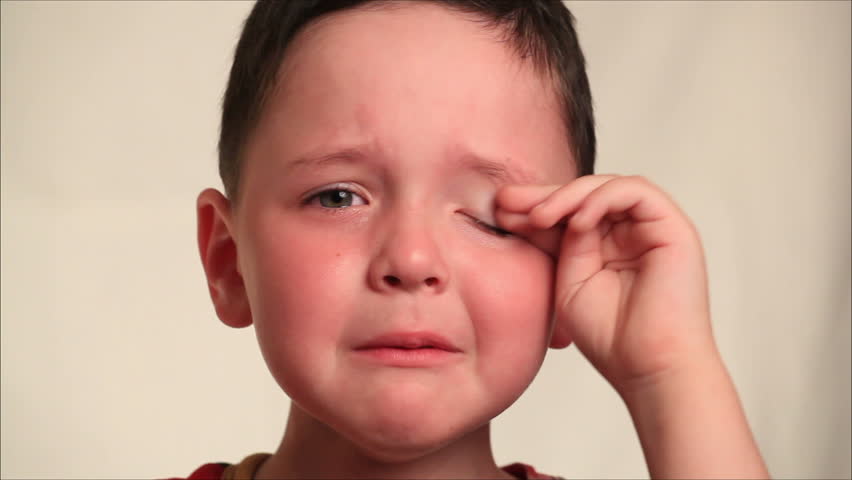 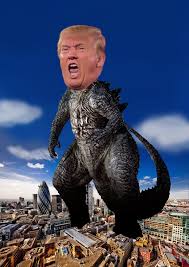 And sometimes if Mom cannot grab a Hot Wheels Track, you get hit with a Wooden Spoon, Hair Brush or Her Shoe!
OP

New York Office again, trying to interfere in The Investigation in to Ukrainian US Political Corruption that occurred during The Obama Administration.

This is laughable if it weren't such an obvious attempt at obstructing an Investigation.

Maybe they should have done a Pre-Dawn raid and pointed machine guns at little old ladies in night gowns again.

Giuliani, an attorney for President Trump, said he finds it "extremely suspicious" that the arrest was made in connection with an FEC matter that has yet to be resolved, and which Giuliani said is a civil matter. Giuliani acknowledged that both men "logistically helped" in his collection of evidence against Hunter Biden, and that they helped connect him with former Ukrainian top prosecutors Viktor Shokin and Yuriy Lutsenko.
Last edited: Oct 10, 2019
OP

Newt Gingrich: The resistance against Trump began the day he was elected -- This is not an impeachment process

The fake impeachment movement taking place is part of an ongoing effort to drive President Trump from office. It is part of a determination on the left that Trump must be expelled from the White House.

This coup attempt – which is exactly what it is – has nothing to do with evidence or any single accusation. As House Speaker Nancy Pelosi said when asked what she would do if the whistleblower accusation involving Ukraine collapsed, “We have many other, shall we say, candidates for impeachable offense in terms of the Constitution of the United States, but this one is the most understandable by the public.”

In other words, no matter the evidence and no matter how many times President Trump and his team knock down the attack, there will always be another effort designed to drive him from office.

GREG JARRETT: DID MUELLER LIE TO CONGRESS ABOUT MEETING WITH TRUMP BEFORE HE TOOK THE SPECIAL COUNSEL JOB?

This "destroy President Trump" coup effort developed in the first 24 hours after the 2016 election.

On Wednesday, Nov. 9, 2016, a left-wing group announced emergency protests against Donald Trump in six cities that day. Within 24 hours of Trump being declared president, left-wing activists were gathering in Chicago, Los Angeles, Sacramento, New York City, San Francisco, and Albuquerque. As the organizers at Act Now to Stop and End Racism (ANSWER) announced:

In a shock result, Donald Trump has been elected president - but the people can rise up and defeat his bigoted, extreme right-wing agenda! The ANSWER Coalition is mobilizing across the country to organize and take part in emergency actions.

Why was The Obammy - Clinton - Brennan Spy talking to Democrat Presidential Candiates and Adam Schiff far before he filed his Fake Whistle Blower Report?

So now the Fake Whistle Blower worked with Joe Biden?

That's and zelensky just said there was no bribing. Dems are worried about their own corruption. This is all a lib carnival to deflect attention.
OP

That's and zelensky just said there was no bribing. Dems are worried about their own corruption. This is all a lib carnival to deflect attention.
Click to expand...

I guess we need more Secret Hearings, and Secret Transcripts.

Obama Scumbags violate Separation of Powers, and thumb their nose at their boss to testify in Secret Hearings, with Secret Transcripts, and Secret Questions, America will never hear or see about.

Looks like The Democrat Party hired goons again to commit violent acts at Trump Rallies between now and next November.

More Details about The Paid for and Democrat Organized Army of Hatred that harassed and assaulted Trump Rally Attendees, and then turned their anger on The Police in Minnesota. And of course they had to burn American Flags in the process.

Shortly after 9 p.m., protesters began burning Trump memorabilia in the street, including flags and “Make America Great Again” hats. According to the Unicorn Riot livestream, vehicles leaving the area were confronted by protesters and a flag was snagged from one car as it crept past. One man in an SUV calmly handed a protester his “MAGA” hat.

Departing Trump supporters made their way through the phalanx of protesters in small groups, often verbally or physically harassed before police intervened.

As a chorus of “Nazi scum! Off our streets!” rained down, a national correspondent for the Washington Post captured on video a man leaving the rally by himself and being trailed by a group of people before he was punched in the back of the head as one adversary yelled “There’s a Nazi over here!”

A Hispanic couple wearing Trump gear, along with what appeared to be their teenage daughter, made their way down First Avenue as protesters yelled.

“He hates you,” the protester said to the family, referring to Trump. The mother, in turn, repeated, “Mexicanos for Trump!”

Many of the president’s opponents carried signs ranging from calls for impeachment to supporting abortion rights, while others were dressed in rain jackets and, at times, costumes.

Others blew whistles to screeching levels and expressed their disgust with Trump in sometimes profane language and hand signs.

Love how Trump Called out The Commie Bastards today
You must log in or register to reply here.

How do Democrats find this to be an affective way to protest?

I See It But Can Not Believe It...Absolutely Unacceptable, Shameful And Embarrassing
4 5 6

Can you imagine how republicans would react if Obama had ordered federal law enforcement to patrol DC and around the country?
2 3

Who's dropping off the bricks?