The Four Gospels and the Post-Exilic 'Books'

Can anyone name cites of any of the post-exilic Prophets or verses from the post-exilic 'books' of the OT by Mathew, Mark, Luke, or John? How about anywhere else in the NT?

Daniel could be termed post exilic. He was quoted by name by Jesus, ie Abomination of Desolation.
OP
P

Daniel could be termed post exilic. He was quoted by name by Jesus, ie Abomination of Desolation.
Click to expand...

Thanks. Daniel is split between two languages and time periods; I'll try and find out which part' that quote was from. The reason I'm asking is an article claiming that none of the 'books' of the Apocrypha are cited in the NT, and that got me to wondering about the post-exilic prophets. Since I asked, I found this article: 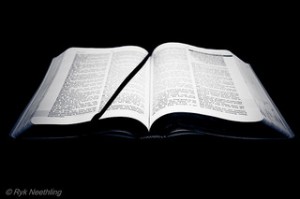 I recently finished a read-through of the Bible, during which I kept track of every instance the New Testament quotes an Old Testament passage. I counted only direct, explicit quotations, such as

" Also, Ezra & Nehemiah were on one scroll (in Hebrew) and were likely to be considered a single book with a unified literary structure. Thus, since Nehemiah is quoted (John 6:31), we could possibly take Ezra off this list." 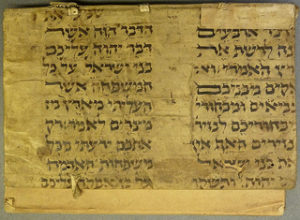 I recently finished a read-through of the Bible, during which I kept track of every time the New Testament quoted an Old Testament passage. I counted only direct, explicit quotations, such as those

"It makes sense that the top few books are some of the long books in the OT. But the longest book (Jeremiah) is pretty far down. Also, long books such as 1&2 Samuel (3 quotes), 1&2 Kings (2 quotes), and 1&2 Chronicles (1 quote) are way down the list. For the raw data listing every quotation, see the resources page.

Also, I find it fascinating that Zechariah, probably the most obscure and inscrutable OT book, ranks higher than any other prophetic book except Isaiah."

Anyways, onward, if not necessarily upward.
You must log in or register to reply here.

A moment ago
RWS

4 minutes ago
Oz and the Orchestra