Random Youtuber writes a better script without millions of dollars.

I love the Critical Drinker... He's a riot.

He made a lot of good points, but the real problem was that JJ Abrams was going to screw it up. Anyone who watched Lost could have seen this coming. He puts out a lot of mystery boxes and then doesn't resolve any of them effectively.

Random Youtuber writes a better script without millions of dollars.
Click to expand...

The Critical Drinker is great.

Okay, here's the main problem with the Sequel Trilogy.

There was no reason for it to be a thing. George Lucas himself said, "Meh, the story was wrapped up just fine with Episode VI".

The thing was, the original trilogy was lightening in a bottle. It happened at the beginning of the "Blockbuster" era of movie making, when special effects were still a new thing. They aren't "Great" stories (Although Empire is actually pretty good) and the acting is marginal. But they happened a time and a place where they could be have the cultural impact that they did. A decade earlier, without the special effects, no one would have cared. A decade later, when special effects were common, no one would have cared, either. .

The Prequels.... the much maligned prequels. Yes, I'm looking at you, Mr. Plinkett. 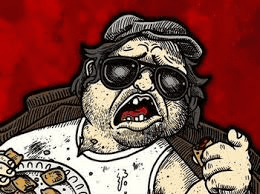 The prequels were only really of interest to the fans, and to give George Lucas credit, he gave the fans exactly what they wanted. Fan Service to the nines. If you didn't have an interest in the OT< you weren't going to go out and see the Prequels. (Unless you were a little kid and your parents took you because they were fans.) The prequels don't get a lot of love, mostly because of some of the poorer narrative choices like this. 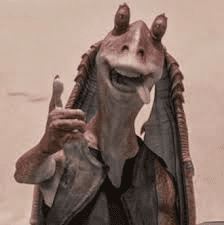 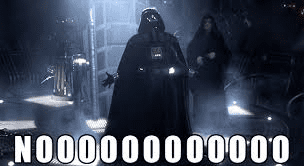 But as stories, they are actually pretty good. The acting was actually of a higher caliber than the OT. The problem of course, was that because you KNOW who is going to still be alive and who is going to be dead by the end of it, there really wasn't any suspense.

So then we get to the sequels/Disney abominations.

The first problem is, they had no overall plan. They had three directors making three different movies, but the first thing that JJ Abrams did was to undo all the happy endings of the OT. Luke gave up, Han and Leia broke up, the Empire came back as the First Order... it rendered the heroism of the OT meaningless.

Rian Johnson took all the stuff that JJ Abrams had set up and "Subverted our Expectations". Then the guy who had a plan to fix it all in the third movie was fired and they brought back JJ Abrams to undo everything that Johnson had done that upset the white male fanboys. Don't like Rose Tico? No problem, she got sidelined and Friend-zoned. 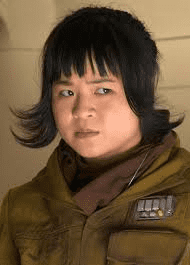 The main problem is that Disney Star Wars never understood who their audience was. It was people who already had a vested interest in Star Wars Universe... and that audience was largely white and male. Destroying what had been previously established to push a feminist agenda was kind of an awful idea.
You must log in or register to reply here.

I found some systemic racism against a black guy

We can all breathe easy now!

Flashback 2016: Kerry- There Will Never Be a Peace Agreement Between Arabs and Israel without a Palestinian Solution
4 5 6

Q
Having many problems with New Yorkers at work

Haven't Some People Gone Too Far In Their Political Hatred?

CDZ Economic Impact of COVID19 (in a bit more detail)

"I’m a veteran who was suicidal. It’s a good thing I didn’t have access to a gun."