Sen. Joe Manchin on whether he would change his mind on ending the filibuster: 'NEVER! Jesus Christ, what don't you understand about 'never'?'

ColonelAngus said:
Its preposterous that legislation can get through the House with a simple majority. Utter nonsense.
Click to expand...

Agreed. A 2/3 vote should be required. That would ensure real consensus and produce much better government.
2

Ha any of Biden's EO's affected West Virginia in the negative?
OP

22lcidw said:
Ha any of Biden's EO's affected West Virginia in the negative?
Click to expand...

he killed energy jobs like the keystone pipeline
OP 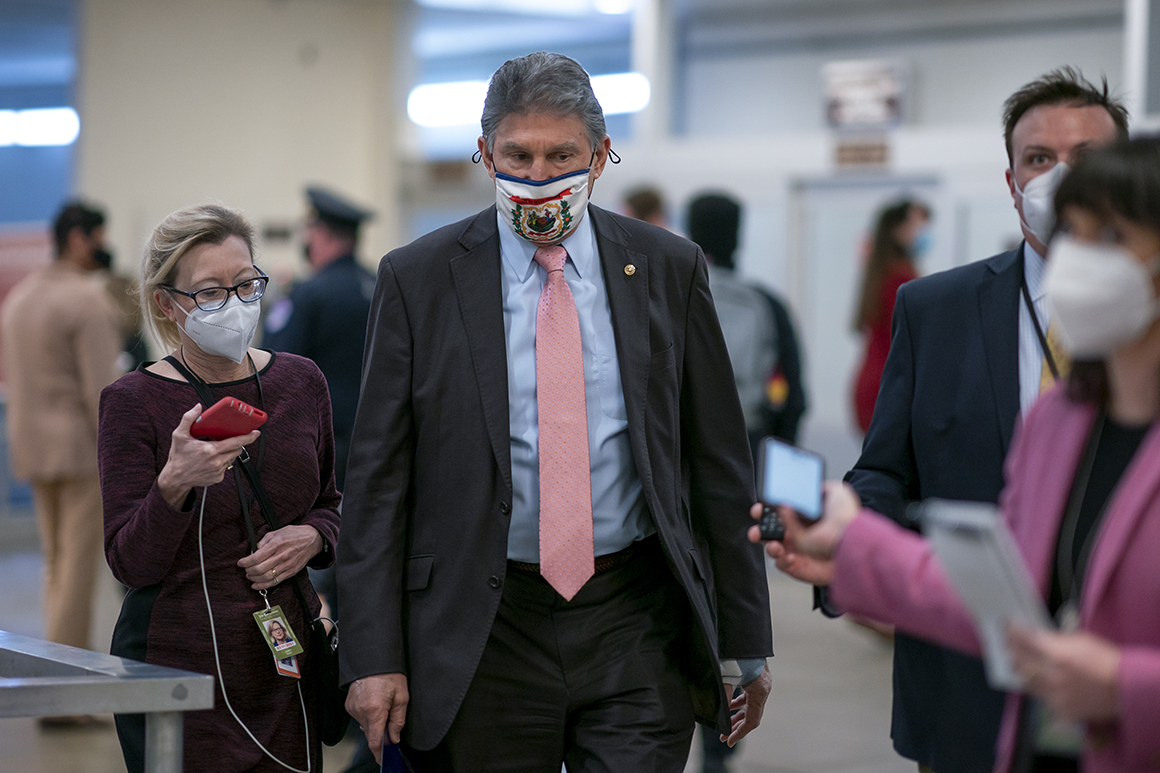 basquebromance said:
so you're saying there's a chance? 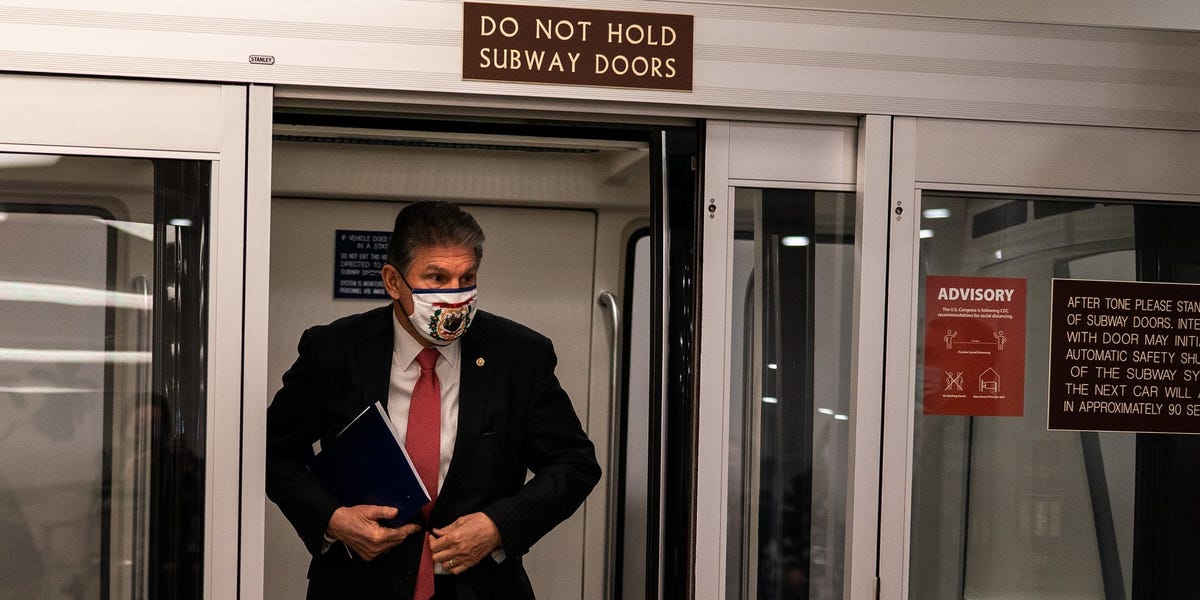 Sen. Joe Manchin on ending the filibuster: 'Jesus Christ, what don't you understand about 'never'?'

The filibuster means that 60 votes are needed to pass most legislation in the Senate.

Don't end it, reform it. Put some skin in that game. Make them stand up and occupy the floor like they did way back when.
OP

my takeaway from this article is that folks have a right to believe that saving money and not spending it willy nilly is better than spending it outright, and that's what Joe believes, my friends 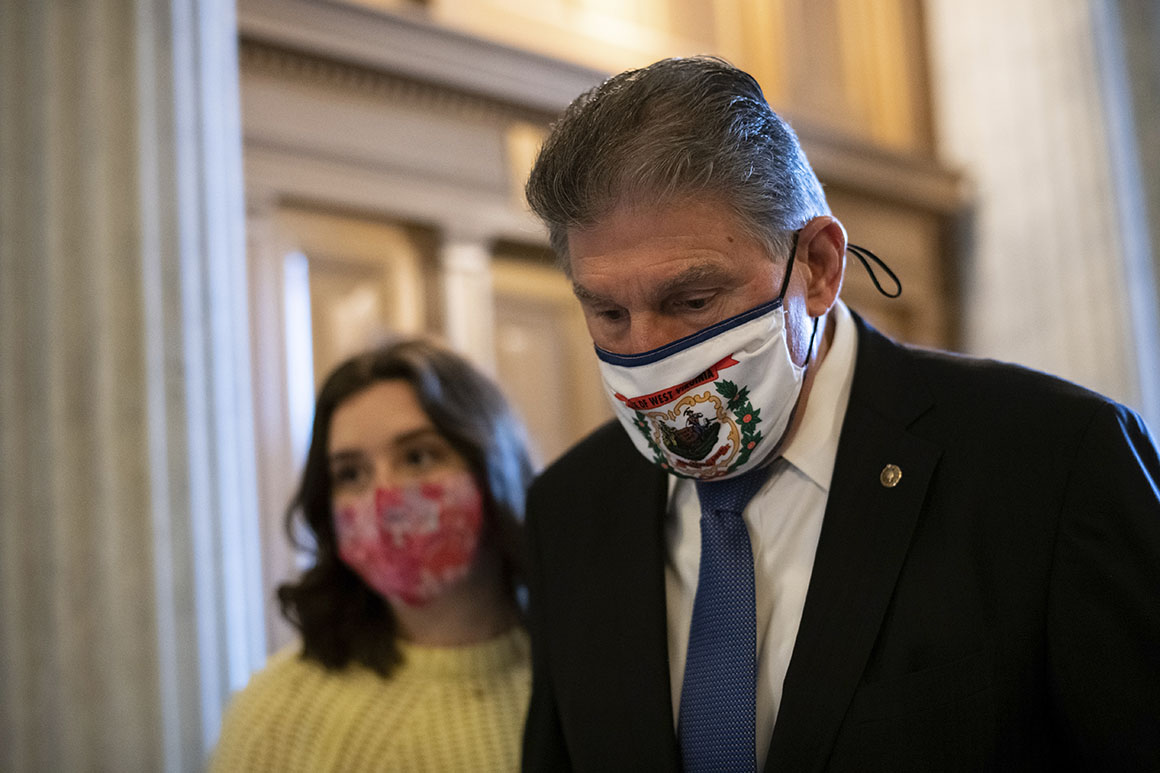 It took a direct call from President Biden and significant concessions to get the senator on board.

The voluble West Virginian was talking with his colleagues, but even after Sen. Kyrsten Sinema (D-Ariz.) implored him to move forward on a compromise approach to President Joe Biden’s $1.9 trillion Covid aid bill, she and Tester weren’t getting anywhere with Manchin. Tester didn’t understand quite where Manchin was coming from as he resisted what Democratic leaders had already marketed as a popular compromise

“I was trying to get Joe to work with Chuck [Schumer] to move this process forward,” Tester said. Asked on Friday evening what Manchin’s issue was, the Montanan said: “I don’t know. I really don’t.”

Friday was Manchin’s most quintessential moment: The centrist Democrat paralyzed the entire Senate for more than 10 hours and threatened to side with Republicans seeking to cut weeks of unemployment benefits.

In the end, it took a direct call from President Biden, a meeting with Schumer and significant concessions to get Manchin on board. He trimmed several weeks of unemployment benefits off of Sen. Tom Carper’s (D-Del.) compromise amendment from earlier in the day and added a $150,000 cap to the proposal’s tax deduction for up to $10,200 in unemployment benefits.

Manchin had hinted earlier in the week that he would exert his pull over the relief debate. In an interview, he suggested that by June or July the economy should be opening up as vaccines become more widespread and the coronavirus recedes. And he worried about paying people more than $1,000 extra a month to stay home.

“We want people to get back to work. We’re gonna have a hard time getting people ready to go back in to keep the economy going,” he said on Tuesday. “It’d be awful for the doors to open up and there’s no one working. ... That’s the problem.”

The episode perplexed Democrats, who said Manchin threatened what they understood to be a universally acceptable compromise extending unemployment payments through September and making those benefits nontaxable. That earlier deal also trimmed the weekly benefit from $400 to $300, as Manchin had sought.

Portman spoke with Manchin and Sinema several times on Friday, with Manchin then going back to Democrats and asking for concessions, according to a source familiar with the negotiations.

Though Manchin’s brand is bipartisanship, his eleventh-hour dalliance with the GOP may ding his credibility across the aisle.

“To give in at this point would raise all sorts of questions. What’d they give you? Why’d you cave? There’s no way, at this point, this looks good,” said Sen. Roger Wicker (R-Miss.) shortly before Manchin and his party reached a deal.

Still, as Sen. Richard Burr (R-N.C.) put it, Manchin is “always comfortable the way he is. I don’t worry about him. He’ll do what Joe thinks is right.”

“That would not be good for people,” said Sen. Mazie Hirono (D-Hawaii) of the prospect of Manchin siding with Republicans. “He has a right to it. But that doesn’t mean that the rest of us wouldn’t be frustrated about it.”

But Manchin’s dramatic play on Friday perplexed even his West Virginia counterpart, Sen. Shelley Moore Capito (R-W.Va.). Their state’s governor had been pushing Congress to go bigger, not smaller.

“I have no idea what he’s doing, to be quite frank,” she said. “Maybe you can tell me.”
OP

this is the same guy who said: "power corrupts good people, because they abuse it"

well, thank God Manchin was around in the Senate when Obama-Biden passed the Recovery Act. he was Governor Of West Virginia at the time!

there are more independents in West Virginia than Democrats. how hard is it to replace Manchin with a Republican like that coal felon dude?
OP

In a different era, advancement in the Democratic Party often required politicians to stand with workers and the poor. Today, that’s changed. Everyone in Washington knows the most reliable path to advancement is to serve power with a hearty thumbs-down anytime a proposal asks the wealthy to sacrifice anything.
OP

Whatever derails the Biden/Harris train pull is good with me.
OP

Manchin is an embodiment of centrist Democrats’ worst instincts. He says he wants to win over Republican-voting workers, but he is consistently on the wrong side of populist economic issues like a minimum wage hike that are wildly popular among those workers.

If you are for it, Manchin is probably against it. Unemployment insurance is too high, a $15 minimum wage is too generous, the stimulus checks can’t be $2,000, though that’s apparently good enough for Donald Trump. In the pockets of the oil and mining interests that have decimated the lands he represents, Manchin is a living caricature of a corroded, compromised Washington, existing to placate his richest donors.

Trump was a venal, right-wing president, but he managed to oversee more stimulus spending than Barack Obama ever did, sending out free money to millions of Americans. Biden, a tired centrist in the Manchin mold, has nevertheless been reactive enough to the zeitgeist to understand that the mistakes of 2009 cannot be repeated.
D

basquebromance said:
Manchin is an embodiment of centrist Democrats’ worst instincts. He says he wants to win over Republican-voting workers, but he is consistently on the wrong side of populist economic issues like a minimum wage hike that are wildly popular among those workers.
Click to expand...

We need more leaders with the balls to stand up to populist stupidity.
OP

if the Buccaneers beat the Chiefs in the Superbowl with the score of 51 to 49, the Chiefs would be champions, according to the filibuster rules...it is outdated, unconstitutional and undemocratic

basquebromance said:
if the Buccaneers beat the Chiefs in the Superbowl with the score of 51 to 49, the Chiefs would be champions, according to the filibuster rules...it is outdated, unconstitutional and undemocratic
Click to expand...

It IS undemocratic. That's the whole point. It, along with a whole slew of structural features of our government, serves to protect minority interests from the "will of the people".

My only complaint about the filibuster is that it's not part of the Constitution (which doesn't mean it's unconstitutional, btw). I'd like to see an amendment requiring a 2/3 majority in both houses for all new legislation. That would require real consensus for federal laws. We shouldn't be passing nationwide legislation if 49% of voters don't like it.
OP

Dumb thing for him to say.

It certainly would allow quite a bit of liberal change. Then it would allow a shit ton of conservative change right after the gov changed hands, which WILL happen. Kavenaugh and ACB should have clearly shown the left why you do not trash such protections for the minority party. All you are going to end up with is radical swings in terrible policy every damn 8 years.

51% of the country should not rule over 49%.
You must log in or register to reply here.

Democrats can no longer use the meme of Republicans throwing grandma off the cliff.

Will Joe have to explain how he's helping blacks by planting more illegals among the citizenry...

Rashida Tlaib: ‘No More Policing… It Can’t Be Reformed.’
2