*Sacrifice's Of Animals Again On The Jewish Mount!*

BreezeWood said:
sorry, not an endearing response, rossie - howabout jews taking responsibility, their fingerprints all over the cookie jar ...
Click to expand...

no doubt there are the fingerprints of jews on some
cookie jars------but, absolutely, not on the crucifixion
cookie.
I

surada said:
There were several legal codes that predate the 10 commandments by a thousand years.
Click to expand...

surada said:
There were several legal codes that predate the 10 commandments by a thousand years.
Click to expand...

No shit!
They were all based on the Noachide Laws.
Progressives are boring
S

Indeependent said:
No shit!
They were all based on the Noachide Laws.
Click to expand...

Both the Hammurabi Code and this are older than the 10 commandments. 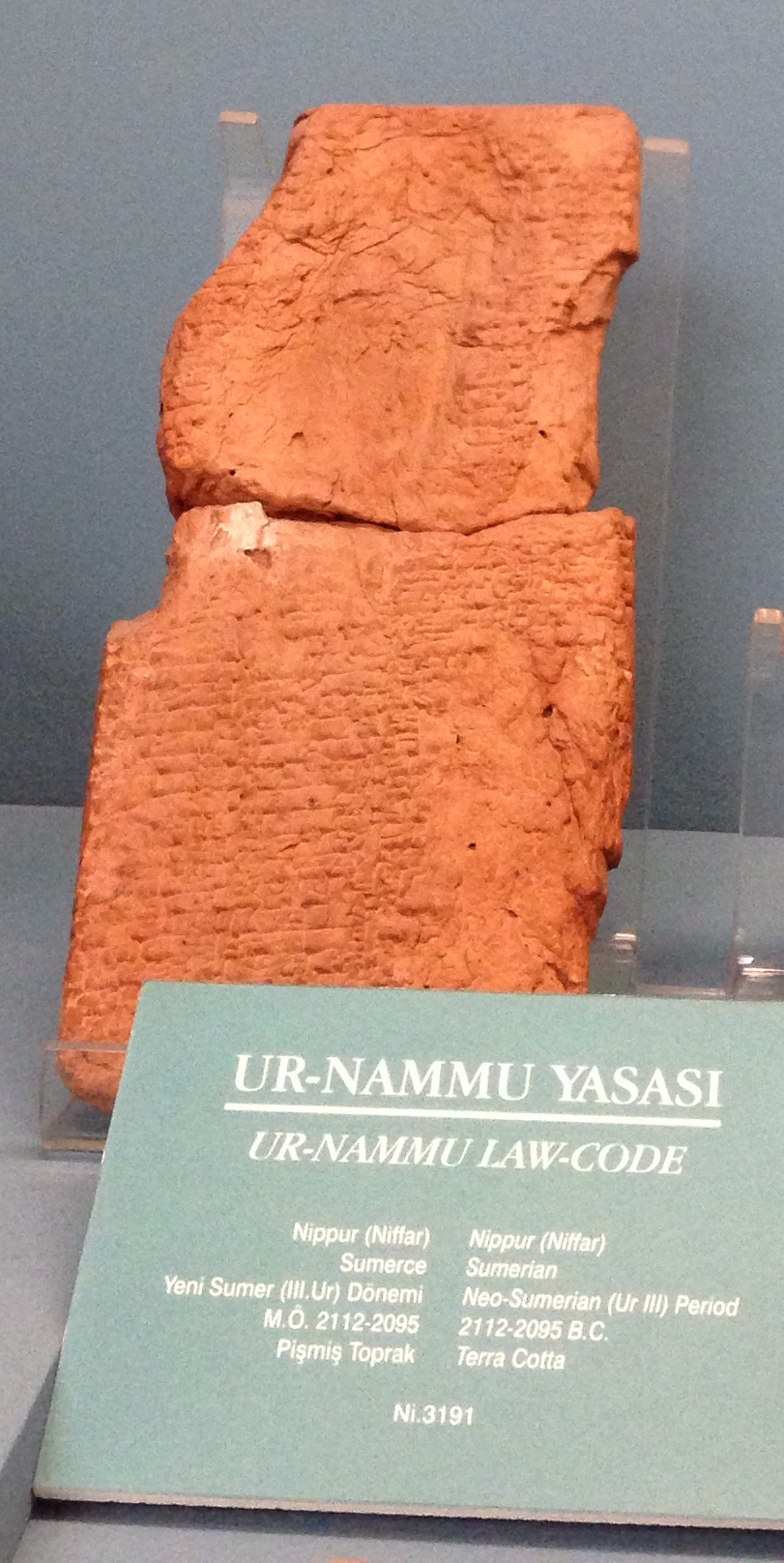 surada said:
Both the Hammurabi Code and this are older than the 10 commandments.

Of course they are; they're based on the Noachide Laws.
Are you retarded?
Progressives are boring
I

irosie91 said:
oh---jews do not crucify. Crucifixion is a greek and roman thing. No matter-----I understand your attachment to jelly beans
Click to expand...

Indeependent said:
Of course they are; they're based on the Noachide Laws.
Are you retarded?
Click to expand...

By the time of Adam and Eve Sumer had written language, agriculture, irrigation and sailboats.
I

right----the Sumerians were not ishmaelites
W

1. And I support whatever the Jews do.
2. Rake off that crap ontop the Jewish Mount and rebuild The Temple.
3. Whats needed now, is a happy accident.
4. A ground leveling accident.
5. GO JEWS!!!!!
6. Palestinians threaten violence on Jewish ‘provocations’ on Temple Mount

Sample:
"Leaders of several Palestinian factions in the Gaza Strip have called on Palestinians to converge on al-Aqsa Mosque compound (Temple Mount) on Friday to protect it against “provocations by Zionist criminals.”

7. Bring it, let the Jews mow you down if you come.

There is only one reason to plant that mosque on the Mount, and that's to antagonize and insult Jews.
Sadly, with us humans war is a constant state of mind.

irosie91 said:
right----the Sumerians were not ishmaelites
Click to expand...

Correct. Ishmael was one of Abraham's 8 sons.
W

rylah said:
Was not a future event until Zionism?

Then Islamic eschatology also comes from Zionism,
which in a sense wouldn't be a far shot, however
brings us back to future events.
Click to expand...

I think the New Temple has to be built also. There is rumor that the Temple Mount is not where the mosque is but I didn't study much on that so not sure if it is based on any facts or not.
When younger, I studied history and religions, from my study there is ample proof that Islam was created by Roman Catholic Church.
Very interesting study if interested in that kind of thing.

Gods promise to Hagar her son would be a strong nation,

BreezeWood said:
by the way clug - is it the pieces after moses destroyed the tablets you are looking for - good luck, super glue is your friend.
Click to expand...

Hardly..........the 10 commandments save one are alive and well in 21st century, all have been carried forth into the Law of Christ and reside in a place that is impossible to destroy, they exist in the Kingdom of God.....i.e., within those who can actually see the spiritual kingdom of God called the Christian Nation, that kingdom resides within each individual Christian........all 31.2% of the worlds total population of almost 8 billion or 2.5 Billion. Those righteous commandment shall never cease to exist as long as "1" Christian breathes on earth.

Of course you are not by yourself in your blindness........the world does contain among its 8 billion population a small percentage of atheists and agnostics ........less than 7% of that 8 billion have been blinded by their own ignorance and short sightedness. You are a member of a small club of ignorant people.........who label themselves smarter than everyone else. All atheists are narcissistic.....i.e., puffed up with their own reflection in the mirror.

Proof the righteous commandments of God exist today does not require Tablets of Stone.........that Law was temporary with its flaw residing not with the commands of God but with the Jews not being capable of living up to their part of the covenant. God declared that Israel would be destroyed if that nation continued having disrespect for God's commandments and God would write His righteous commands on the hearts of His chosen Nation and He would call them His people they call Him their God.

Read, be enlightened. The kingdom and Law of God resides within you, if you but accept that truth....if not, you can't possibly see it. I am not surprised in the least that you are not capable of seeing God's kingdom when your god is human secularism. "Now when He (Jesus) was asked by the Pharisees when the Kingdom of God would come, He answered them and said, "The Kingdom of God does not come with observation; nor will they say, See here! or See there! for indeed the Kingdom of God is within you." -- Luke 17:20-21

The Christ was simply pointing out the fact that the prophecy made by Jerimah had come true........stone tables would no longer be required, "Behold the days are coming, says the Lord (God), when I will make a new covenant with the house of

Israel and with the house of Judah, NOT ACCORDING TO THE COVENANT I MADE WITH THEIR FATHERS (Deut. 5:1) IN THE

DAY I TOOK THEM BY THE HAND TO LEAD THEM OUT OF THE LAND OF EGYPT. MY COVENANT WHICH THEY BROKE

THOUGH I WAS A HUSBAND UNTO THEM (married only to that nation of peoples). But this is the covenant I will make

with the house of Israel after those days, says the Lord; I WILL PUT MY LAW IN THEIR MINDS (hearts), WRITE IT ON THEIR

The Law of Christ...i.e, the Kingdom of God was first and foremost expressly preached and reserved for the nation of Isarel for the 1st 10 years of its existence.......there were but a few gentile converts into Christianity until Paul was appointed Apostle to the gentiles. Even the enemies of Abraham (Rome)..........became the greatest convert of all, just as promised to Abraham by God, who declared that Abraham's descendent (Christ) would be the gate to their enemies (Genesis 22:17)

Today the Christian Nation (God's chosen nation) is not exclusive to anyone, based upon nationality, creed, gender....etc., all are one and joint heirs to the promise made to father Abraham (Gal. 3:28-29), all are brothers in the Kingdom of God.
Last edited: Jul 3, 2022
W

surada said:
Correct. Ishmael was one of Abraham's 8 sons.
Click to expand...

Wasn't Ishmael the son of Sarahs handmaiden? The Sarah began to be envious of the child after her miracle pregnancy?

makes no sense to deny the obvious, recorded history the crucifixion of the exemplar by the jews ... oh, the money changers, that was their heavenly message - they died for.
.

surada said:
Correct. Ishmael was one of Abraham's 8 sons.
Click to expand...

So?
Progressives are boring
I

BreezeWood said:
makes no sense to deny the obvious, recorded history the crucifixion of the exemplar by the jews ... oh, the money changers, that was their heavenly message - they died for.
Click to expand...

ok You were the valedictorian of sunday jelly bean
class

whoisit said:
Wasn't Ishmael the son of Sarahs handmaiden? The Sarah began to be envious of the child after her miracle pregnancy?
Click to expand...

The time of Adam and Eve is in every generation,
it really seems you look to derail threads
with the most retard spam.
Last edited: Jul 3, 2022
"And Tzedakah will save from death" - King Shlomah A"H
S

rylah said:
The time of Adam and Eve in every generation,
it really seems you try to spam every thread
about Judaism with the most retard spam.
Click to expand...

Has nothing to do with Judaism just ancient history.
You must log in or register to reply here.

Ethical discussion...is it wrong to use the tactics of your enemy... political or...

BREAKING: It is the Palestinian leaders that want to ruin the 'status quo'
2

Even If Classified Documents Were Recovered In Trump Raid, It Looks Like Chances Of Conviction Are Quite Slim
18 19 20

More buses of refugees arrive in NYC from Texas.
2 3 4