Pete Buttigieg on what it means to be gay

Inspiring commentary on his life 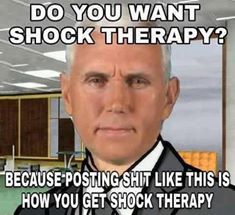 Where is Fly Man, anyway? Hiding with Mother?

Yeah.............you had a lot of gay people that were terrified this election cycle. I mean you guys really went overboard trying to scare people. Between that and Democrats/BLM considering the possibility of a civil war you guys really did some nasty shit. I used to think that was just a Republican thing but man..........you showed 'em and how.

Buttplug wasn't anything special, and now he's just the 3rd faggot from the left....no one is inspired by a sissy with man-jizz dripping off its chin.... let's keep it real.

rightwinger said:
Pete Buttigieg on what it means to be gay…
Click to expand...

He's just another depraved faggot who has already had and used up his fifteen minutes of fame.
B

Where is Fly Man, anyway? Hiding with Mother?
Click to expand...

rightwinger said:
Pete Buttigieg on what it means to be gay…
Click to expand...

He's just another depraved faggot who has already had and used up his fifteen minutes of fame.
Click to expand...

Where is Fly Man, anyway? Hiding with Mother?
Click to expand...

In your closet waiting to come out with you!

Now will the two of you behave!!

Wondering what Cabinet Position will Mayor Pete will be offered ?

Fudge packers are always telling their tale of woe, as if anybody really cares about their pathetic lifestyle. ...

I don't know about Indiana, but here in Pennsylvania we have an LGBTQ dude serving as our Health Secretary, and IMHO its a disgrace.

I'd tell Mr. Petey this. I don't give a shit if he wears a dress and takes it up the ass. But, really, he should tell people on a "need to know" basis. The vast majority of us are Normative and we don't need to know.
OP

Polishprince said:
But, really, he should tell people on a "need to know" basis. The vast majority of us are Normative and we don't need to know.
Click to expand...

Do people need to know that you are married?

My god.
I am inspired.
The courage of a man to take another man’s cock in his butt. The sheer bravery.
Truly something special.
T

I couldn't hear the video because my computer audio won't work.

I think that Mr. B. is to be commended for being "out."

Many people in the limelight are in the closet because there are still many people who say hurtful things about gay people. Gay athletes, for example, fear that they would lose their fans.

I do feel, however, that he alienated many people when he kissed his husband on the stage. For some reason (this short post is not the place to discuss the reasons), some men (and women) go ballistic if two men kiss (although it seems that many men are excited by two women kissing).

I hope that President Biden gives Mr. B. an important government position. (If I am not mistaken, President Trump appointed a gay man as our ambassador to Germany.)

I could not hear the video, but if it referred to Vice President Pence. I assume that he does NOT want to force any gay young man to take conversion classes, but I feel that such classes should be available to those young gay men who may wish to explore all the possibilities that lie ahead of them. Conversion classes, IMHO, cannot change them into straights, but they might be able to help them lead lives of celibacy if that is their wish.

Anyone here ever suffer from a dreaded kidney stone?