My dad was a cool dude~ Cars of our childhoods

Have any good old family car pictures? It can be a googled picture of it.. 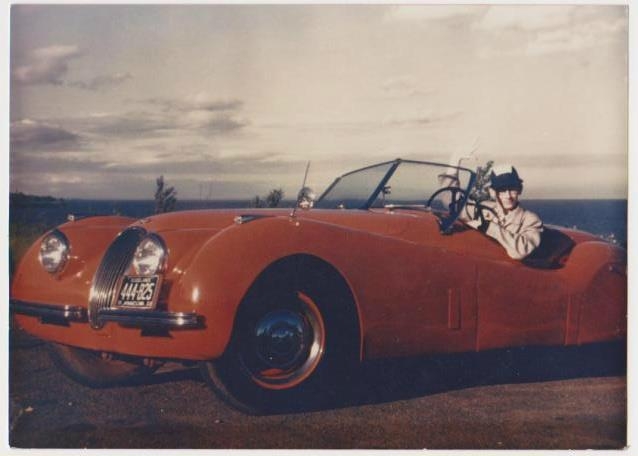 Ahh, the lost days of land-yachts.... 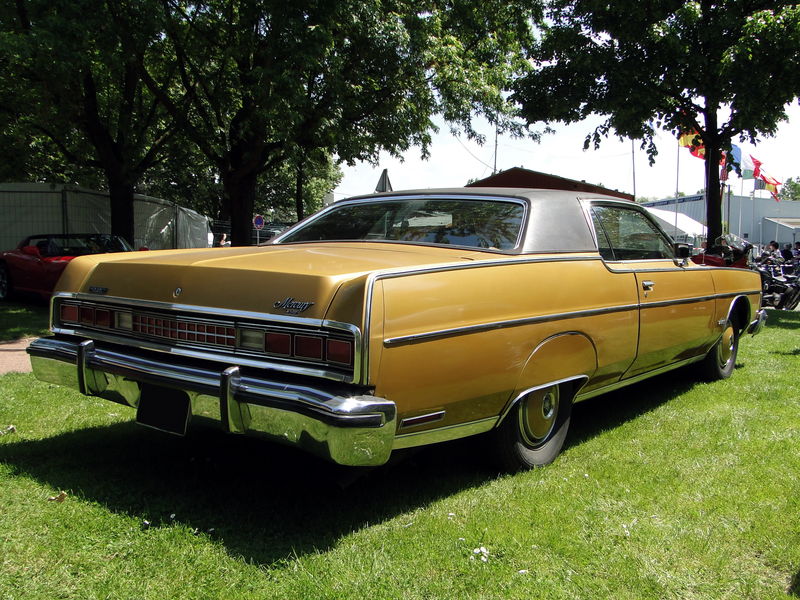 Had one of these battle cruisers.

When I was in high school I had one of these. We got caught bringing in people in the trunk at drive in. 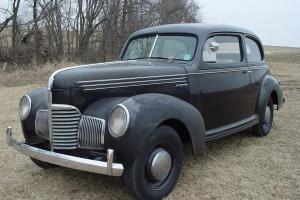 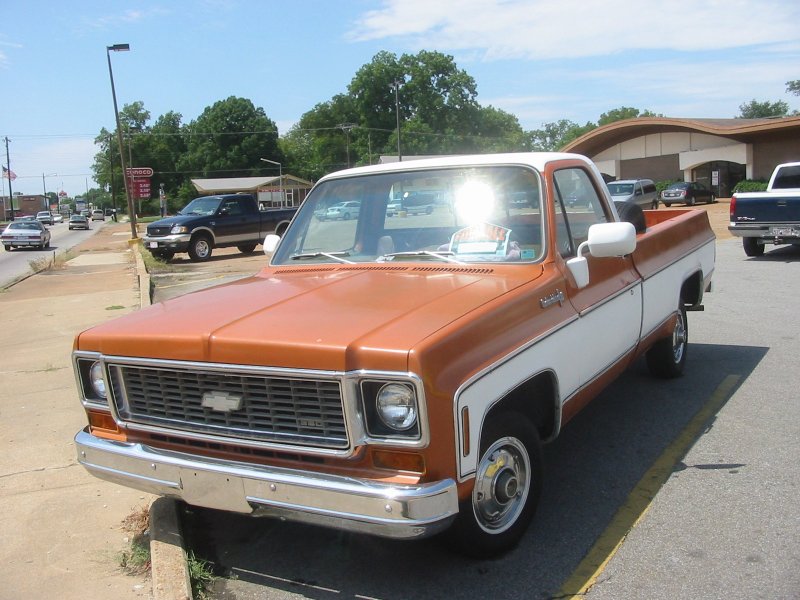 I got me a Chrysler it's as big as a whale.
And it's about to set sail! 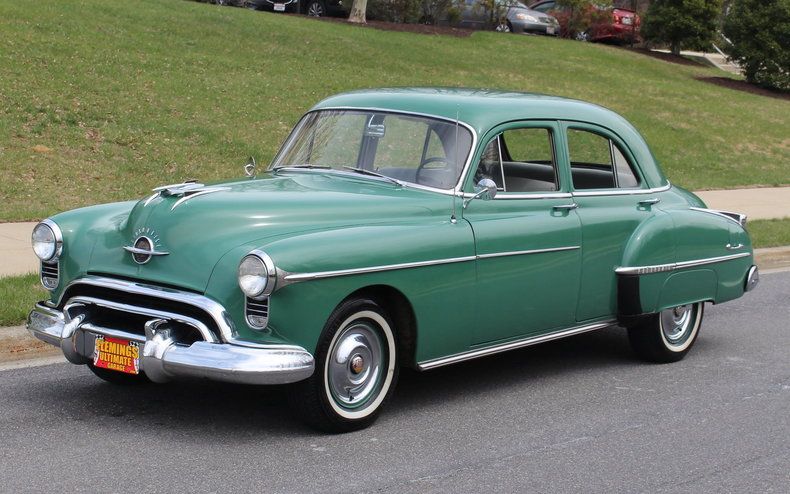 This was my family's main car, through most of my childhood and well into my adulthood. I was six years old when my parents bought this 1969 Falcon station wagon, in early 1969. It was the first new car that they had ever owned. Over the years, a few other used cars from various sources came and went, but this car was always there.

It had the 200-cubic-inch inline six-cylinder engine, rated at about 120 horsepower, and a three-speed automatic transmission. Air conditioning was a dealer-installed option. Some time after its demise, I was poring over the owners' manual for it, and found a reference to the dealer-installed air conditioning, with a footnote that said it was not available on six-cylinder station wagons. I guess the dealer who installed it on this car didn't know that it wasn't possible to do so, so he went ahead and did it.

In 1988, they bought their second-ever brand-new car. After a lot of shopping around, they wound up at the same dealership where they had bought the Falcon. The salesperson who sold it to them remembered them, and the six-year-old kid that they had tagging along at that time, now an excited 23-year-old who was soon about to get his own very first car. When my parents bought a 1988 Tempo, they gave me the Falcon. By this time, it had almost 170,000 miles on it, and was well pasty its prime. It broke down fairly often, but I became very good at fixing it and keeping it running. Often that entailed a temporary kludge fix, to get me where I immediately needed to be, and thereafter, to an auto parts store, where it was a common occurrence for me to open the hood, remove a part, walk into the store with that part, say “I need another one of these.”, walk out, install the new part, and drive off. No better way for a young man to learn about cars, how they work, how they break, and how to fix them, than to have an old car of this vintage that was simple and easy to work on, but worn enough to need a lot of work to keep it running.

It passed 200,000 miles in 1995 on a trip to Los Angeles to make preparations for my upcoming wedding. My wife, a friend, and I, were eagerly watching the odometer, for it to flip over. I had a “2” sticker that had come with a VHS tape at hand for the occasion, and as soon as the odometer flipped over, I pulled over, ceremoniously peeled off the “1” that I had previously put next to the odometer, and put the “2” in its place.

This picture was taken on a sad day for me. It had broken down for the very last time, and spent six weeks in my parents' driveway, with me going over almost every day to try to figure out why it wouldn't run, and how to fix it. Just after this picture was taken, we hauled it to the junkyard. My wife accusingly said, “You wouldn't cry that much over me!” I guess there are some things that women just don't get.

At that time, it had over 220,000 miles on it—almost enough to reach from the Earth to the Moon.

One of my great regrets in life is that I didn't find some way to keep this car, and to restore it. I cannot think of any other material possession that I have ever had, and lost, that emotionally hurt me so deeply to lose. 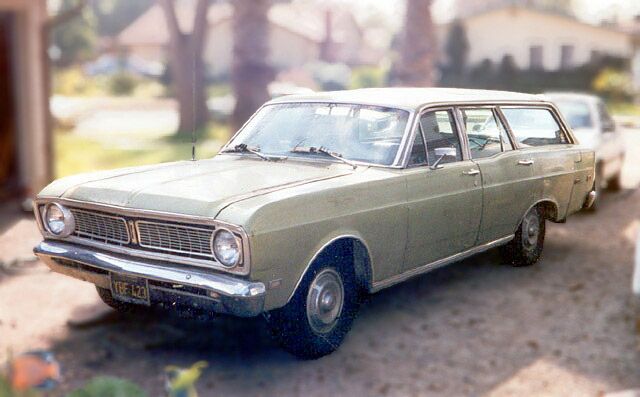 Muhammed said:
I got me a Chrysler it's as big as a whale.
And it's about to set sail!

One of the various used cars that came and went, during the time we had the Falcon, was a 1975 Ford LTD station wagon. Huge beast of a car. Amazingly, for all its size, I think it had the tightest turning radius of just about any car I've ever driven. It's the only car in which I was ever able to make a complete U-turn in the street in from of my parents house, without a few steps of stopping and backing to complete the turn.

On one family reunion, we had all the relatives piling into different cars, to go somewhere, and for some reason, nearly everyone wanted to ride in this one. I'm pretty sure we got a total of at least twenty people in this car at once. Not something I'd recommend, and everyone was a bit more sensible on subsequent legs about distributing themselves more reasonably among the various other cars. Properly, I think this car could probably carry eight passengers, ten if at least four of them are small children. Three in each of the two rows of bench seats, and then either two more adults or four children in a pair of fold-out seats in the cargo area.
A 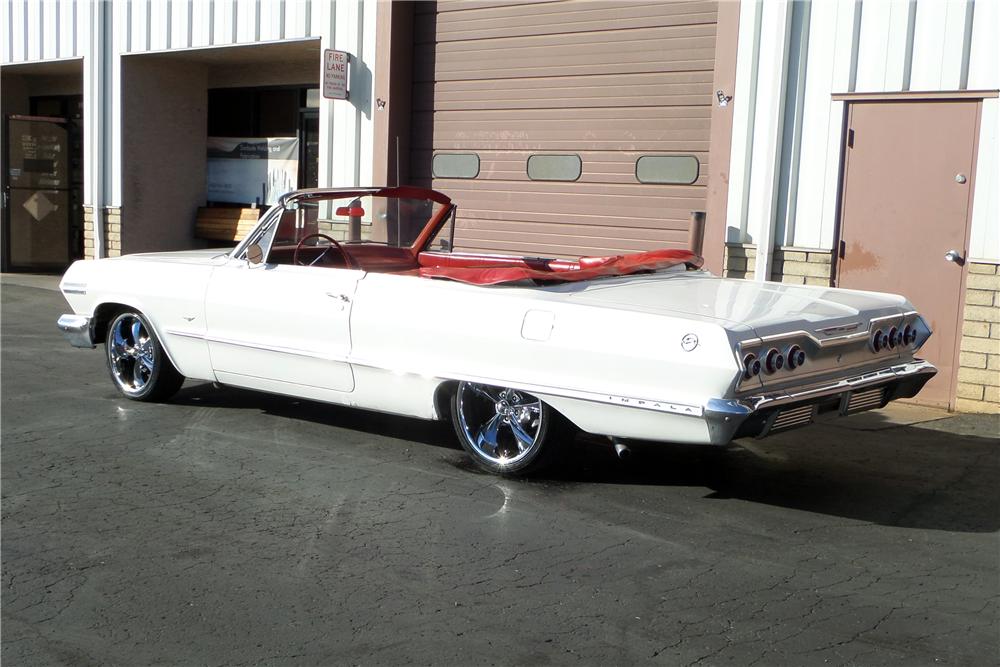 This is what my father drove his new bride away in.

Was a 53 Chevy Belair, 4 door. Red top, cream bottom. We called it the "red rooster"

My dad had one of these. 1972 Chrysler Imperial LeBaron. What a boat! 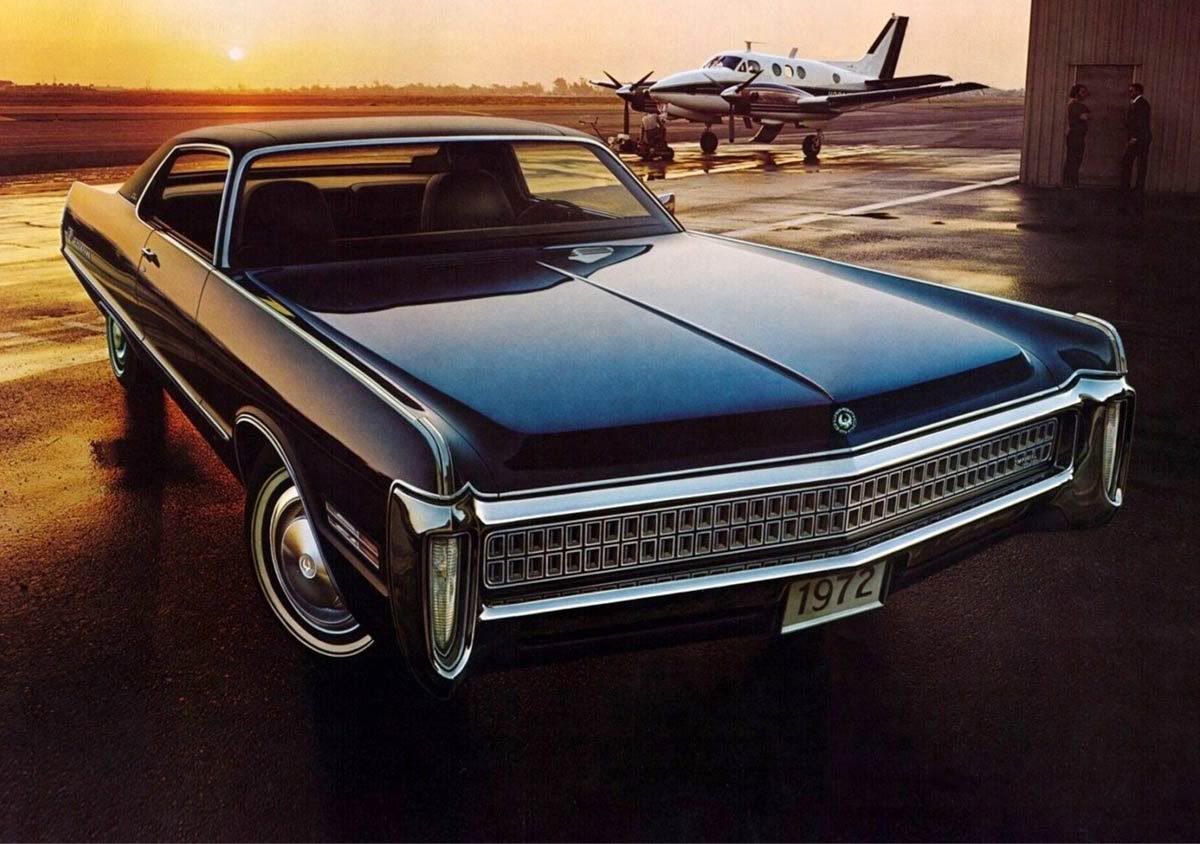 Some clarification For younger folks who do not understand the significance of being able to stuff your offensive line into the trunk of your car. There used to be these things called drive in movie theaters. And they would charge by the head count. So you would stuff your frinds into the trunk.

It's not a serial killer or mafia thing,

gipper said:
My dad had one of these. 1972 Chrysler Imperial LeBaron. What a boat!

My dad was a lot of things, but "cool" was not one of them - and impecunious was. My young life saw a series of many-year-old cars driven until they died or rotted away, replaced by other cheap, many-year-old cars. With four young men in the household I think the car insurance premiums were more than the car payments (although surprisingly, none of us ever had an accident with any of dad's cars).

With everyone else in HS, I went to the car dealers every September to see the new year's models, dreaming of what I would buy if I ever got the money. Ironically, when i reached the point in my life when I could buy whatever I wanted, I refused to buy new, instead buying well-depreciated luxury and performance cars - a practice which I still follow (I'm 70). Can't teach an old dog...

My wife refuses to buy used and I refuse to buy new.

gipper said:
My dad had one of these. 1972 Chrysler Imperial LeBaron. What a boat!

Beautiful car Gip, Dad had a 2 door 1974 Chev Impalla, 400cu. What a boat too. I inherited it with 26K on it in 94. 26 k in 20 years, no kidding. Still showroom perfect with all papers, even window sticker
You must log in or register to reply here.

T
The utter sadness of childhood under Trump
2 3

To buy or not to buy... that is the question.

The Intentional Destruction of our Civilization: Have you noticed? Do you care?
2 3

The day the cars stopped breaking down

The republican party has become fascist.
4 5 6