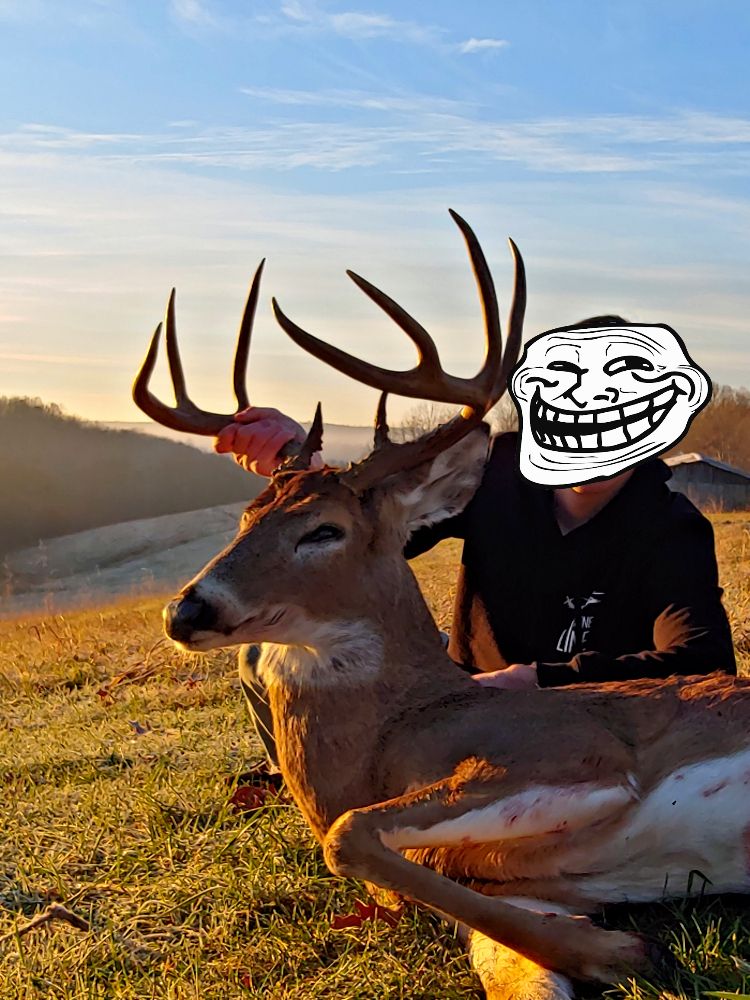 This hunting story really started on the 13th of November, 2020. This was the day before the actual beginning of Modern Rifle season in the state of Kentucky. I was dropped off at a friend’s hunting lodge, with my rifle, my hunting gear, and of course, myself, to hunt the weekend at his place for a deer. There were other folks who were to come, so I spent half the day cleaning the house by myself before they arrived. One thing to note, and what some people sometimes don’t notice, is that I am extremely shy, and avoid human interaction as much as possible. And here I was, directing traffic to people from Florida, Kentucky, Pennsylvania, Georgia, all coming in to hunt for the weekend, or perhaps all week for a deer. I was a nervous wreck most of the week, (but I shaped up towards the end, and finally calmed down a bit), and couple that with the fact that I hardly ate or slept for as many as three days, and hunted for a full week, 12 hours a day, on high alert at all times. By Monday, the following week, I was completely exhausted and burned out from hunting. I was finished with it. I just wanted to go home, and work on some restoration projects, and be left alone.

However, I was encouraged daily to go out and hunt by my mom and dad, and I would always hunt for some excuse in the back of my cluttered mind for some reason why I “couldn’t” go out. On November the 28th, My dad and I went to go and pick up meat from a deer processor from a buck that he had killed on opening day of rifle season. That took half a day to make that trip. When we came back, the same friend who had let me hunt his place, donated a doe for us to eat, because we were running very low on deer meat. After we had gutted the deer, and loaded it into the truck to again take it to a processor, my dad did his utmost to try and get me out into a stand. I did not want to go at all. I was still feeling “burned out” from the earlier week, and besides the fact that there was a 300+ lb. bear spotted in the area I was hunting. To say that I was reluctant was an understatement. After my mom and dad left for the processor, I moved around sluggishly, getting ready to go out. I had been officially “guilt tripped”. I moved around at a snailish pace getting my gear on, and then trying to find the rifle I was supposed to use. After a feverish, but fruitless search, I grabbed another rifle, a M1895 Chilean Mauser, a 125 year old relic from the Boer wars in Africa.

As if I wasn’t being a sore sport about it all anyway, I even packed a bag full of pencils, paper, erasers and even a large pencil sharpener. Absolute confidence in victory!

Thus, fully laden with the goods of war, I went out and made the long trek to the back of my property just to sit and doodle until dark. When I had gotten to the stand, I had surprised a group of deer who were already there, and they ran away, with their white tails whipping around madly at my presence. “That does it. I won’t see anything any time soon now” I thought. I got into my climber (which was on the ground. I stayed at ground level the whole time), hung my rifle up, and commenced to drawing useless doodles of WWII medals and uniforms.

About an hour went past, before I heard the distant sound of footsteps in the leaves off to my right. I nonchalantly looked over, and saw a deer moving through the brush. With my poor eyesight, I couldn’t tell what it was at the moment. I set my sketch pad down on my lap, and put my pencil in my mouth, and looked through the scope, ascertaining if it was just a doe, as I had suspected. I was taken completely by surprise when all that met my eyes were antlers. In that moment, I made no observation towards antler size, or anything. I just knew by either instinct, or panic, that the deer was big enough to shoot, and I wouldn’t be harvesting anything really tiny. At this point, my sketch pad fell off my lap, and clanged very loudly on the metal. The book seemed to take a life of its own, savoring every load metallic CLINK! with devious intent that only a book could have. After the grand finale of a very large thud, I slowly looked to see if the deer had run off. On the contrary, now the buck was closer! I hurriedly flipped off the safety, and tried to aim. The deer was behind a tree, and when he had stepped out, I made a noise so that he would stop and listen. As soon as he stood still, I fired.

At that moment, panic struck me, as I quickly began to reload. Then I looked up and saw the deer running at break neck speed straight for me! I panicked again, trying to aim at the monster as it ran for me. Then, it turned and ran down the hill, and moments later, I heard it sliding in the leaves. during that time, I made no mental note of where the deer was in relation to me, how far away he was, where he turned, where he went, or even how big he was. The whole event probably took place within 30 seconds. I was taken completely by surprise. I still had the pencil in my mouth!

“How!” you would say, “could you not notice how big he was?” Buck Fever is the answer. I became so engrossed in trying to get him that I failed to truly get a good look at his antlers. I had never rifle hunted before, so I did not know what I was doing. I spent more time panicking than noticing, I suppose!

At any rate, recovery of the deer was an adventure of its own. Because I did so little noticing, it took us an hour to even find blood. My mom only found one big splotch, an hour later, and we went by little pin pricks of blood after that. We found him lying on the hillside, stopped from going over the edge only by a strand of old barbed wire. That was when we were all surprised, because to be truthful, I couldn’t even tell them how big it was!

Already the deer has been processed, and the cape taken to a taxidermist. I’ll probably be moved out of home before I get it back, but that’s okay. I can wait now that I’ve learned patience.
"Why do men fight who were born to be brothers?" - Confederate General James Longstreet
OP

I know you're gonna ask about the face... I dunno, I just don't want my face out there right now until I get a feel for the forum, and I just feel like being a dumbass I guess, lol!
"Why do men fight who were born to be brothers?" - Confederate General James Longstreet

Kentucky grows some big deer. Good kill!
"Accuse the other side of that which you are guilty."

That's a good story- if you draw as well as you write you might consider that as a part time gig for outdoor magazines-writing and drawing
Play the hand you were dealt, forget what their rules say, you know you win, when, you live life your own way-
OP

Unfortunately, my drawings are only as good as sketches. 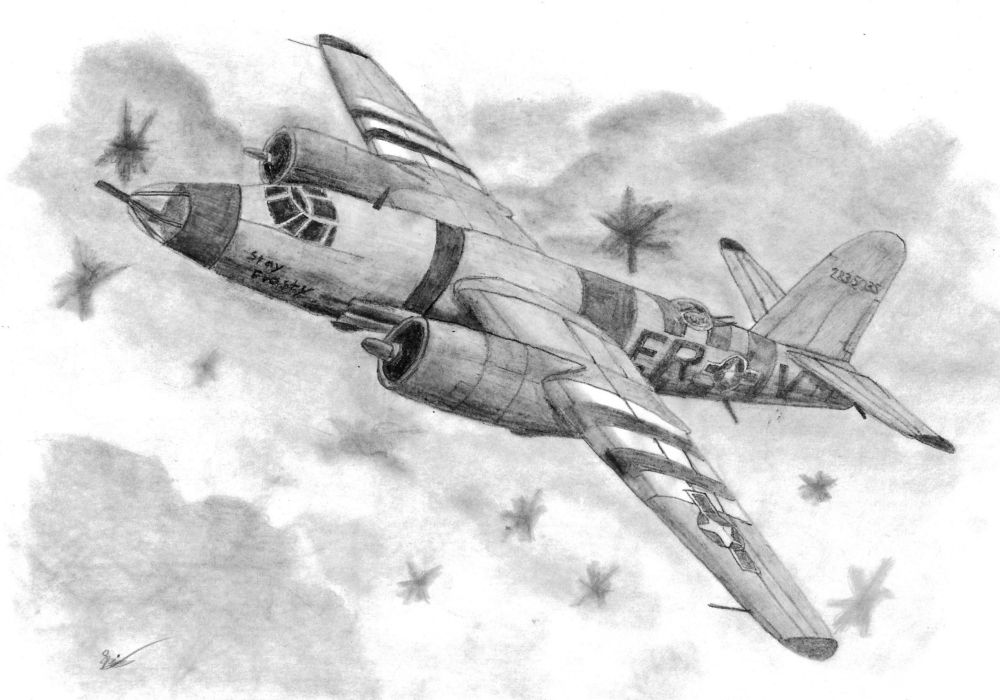 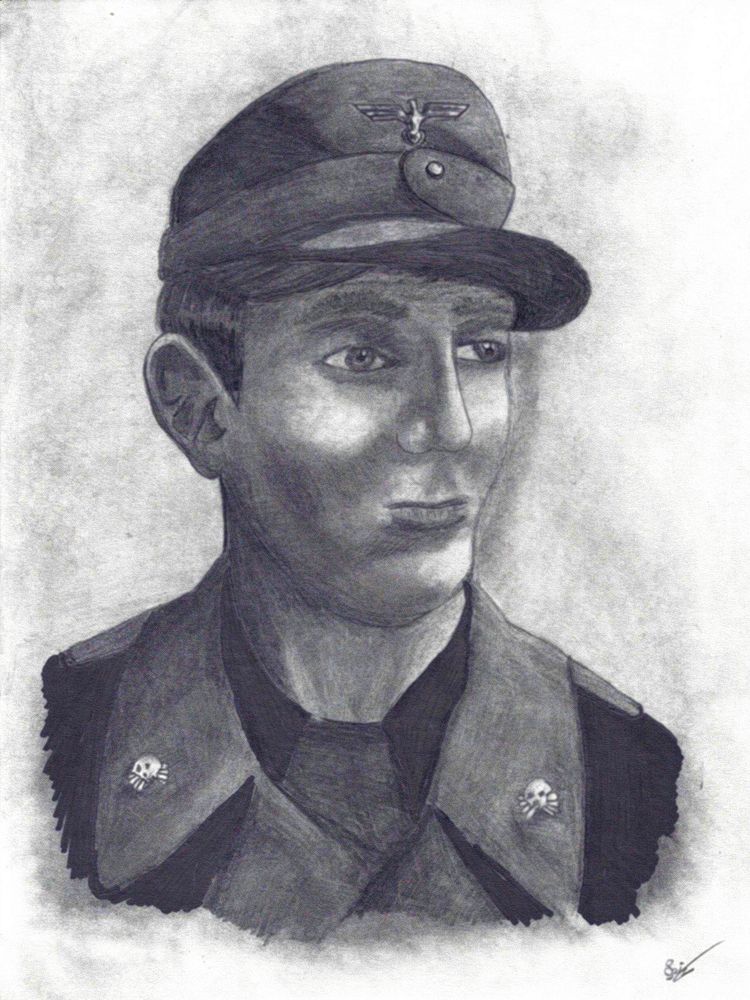 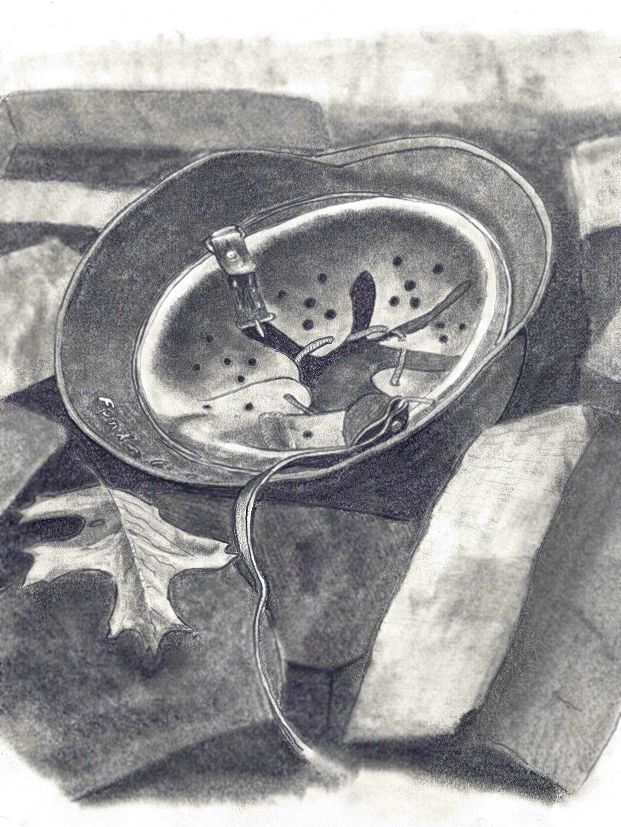 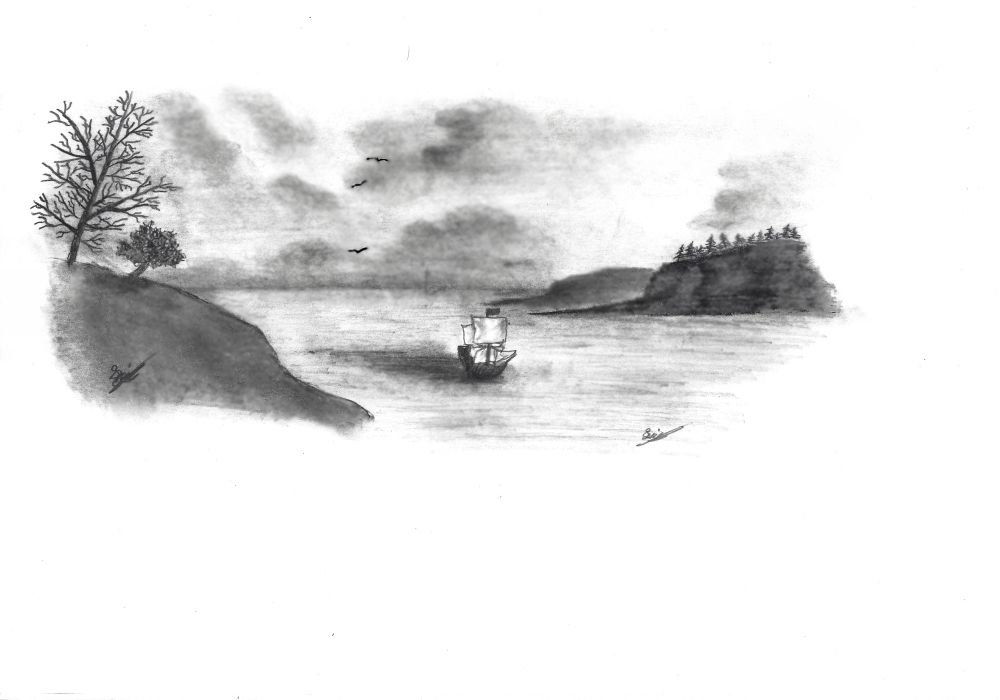 "Why do men fight who were born to be brothers?" - Confederate General James Longstreet

I was thinking the same. Maybe try and turn in some of your stories to hunting magazines and see what happens. I enjoyed reading it.

Unfortunately, my drawings are only as good as sketches.

Those are good- seriously

I met this guy when I was a service writer at the Harley dealer where he traded- he gave me 3 autographed pictures- one of Dale Jr, one of Tony Stewart and one of Sr and Jr like this one on ebay 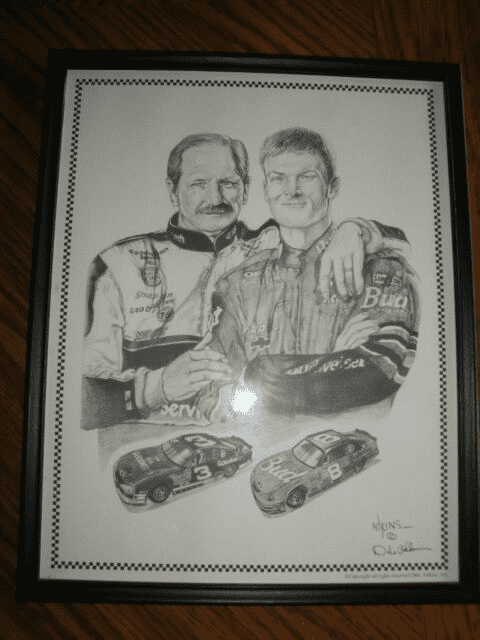 He did this as well on Amazon 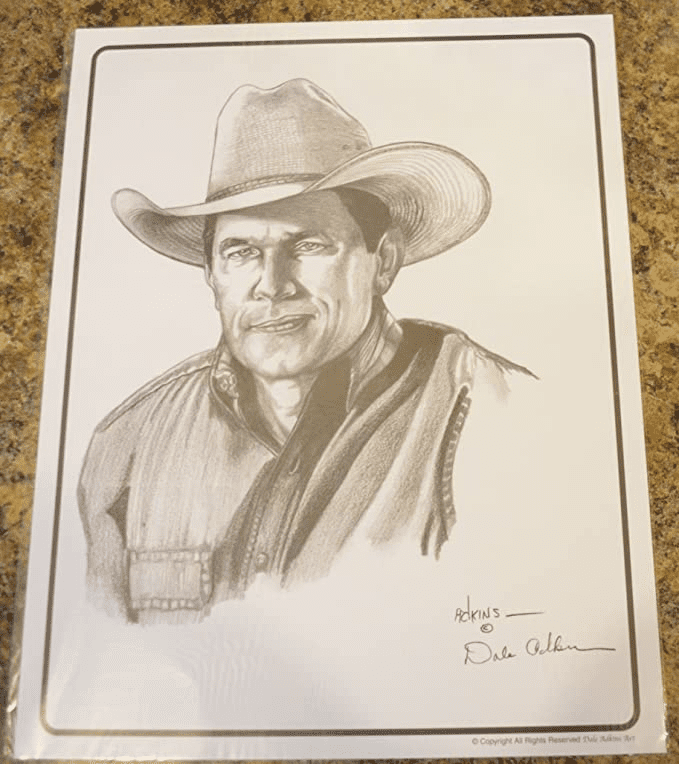 For local artist Dale Adkins, painting and doing illustrations is all consuming. He said when he is working on a piece, he is putting paint to a canvas in

he told me when we chatted once he got his start doing military stuff, mostly aircraft- sketches as you call them
Play the hand you were dealt, forget what their rules say, you know you win, when, you live life your own way-

Nice buck. Where you at in KY? I'm south central.
"No amount of evidence will ever persuade an idiot" Mark Twain

Quite a few Kentucky boys here. Western Pennyrile here.
"Accuse the other side of that which you are guilty."

Used on a daily basis by USMB member mamooth.
OP

Carter County, but only by a few feet, ha ha!
"Why do men fight who were born to be brothers?" - Confederate General James Longstreet
Q

Is it an Irish looking face ??

Carter County, but only by a few feet, ha ha!
Click to expand...

Confederate Soldier said:
I know you're gonna ask about the face... I dunno, I just don't want my face out there right now until I get a feel for the forum, and I just feel like being a dumbass I guess, lol!
Click to expand...

I got four better last night. A couple sacks of corn, a 243 and a spotlight even cure Kobeed Beeruz ! Muy bueno ! 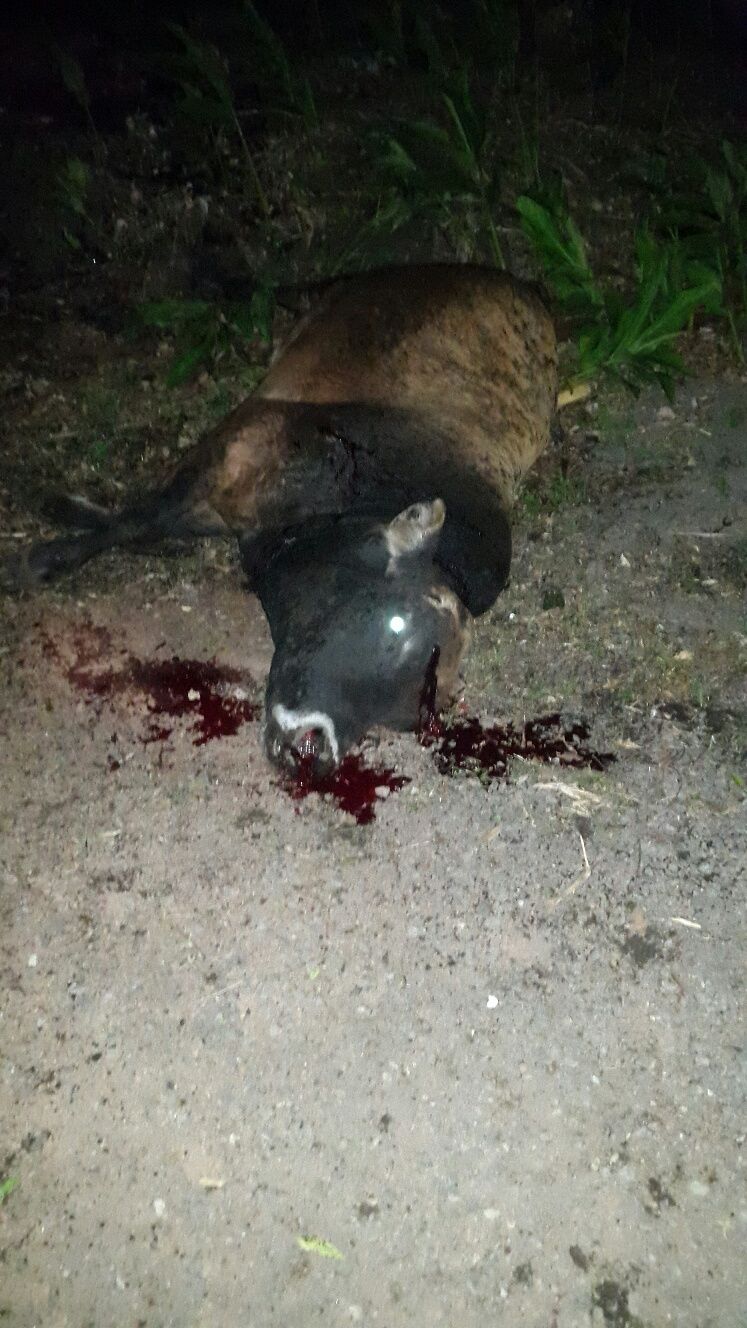 I said: LIKKMEE !
‎GIF Keyboard
You must log in or register to reply here.

Money out of thin air

My carpet is getting big bumps ???

Accountability- or, a lack there of

LONG DAY because im a tightass

Holy Moley, mother of goodness, my state is packed.

H
So with why with 50 years of political experience did France pulls their ambassador? Wow!
6 7 8

5
$243 Million Dollars spent for a joy ride into space.What a waste.
2

Is there a ‘war’ against American culture perpetuated by politicians and multiculturalism?
7 8 9