A homeless man from Miami has been arrested on allegations he murdered Ryan Rogers, the 14-year-old boy found fatally stabbed in Palm Beach Gardens.

Semmie Lee Williams, 39, was taken into custody from Miami on Wednesday. Police officials in Palm Beach Gardens are scheduled to detail his arrest at a 10 a.m. press conference. His first appearance in court also is scheduled for 10 a.m. in Palm Beach County, records show.

Palm Beach court records show he was arrested by Palm Beach Gardens police on a charge of first-degree murder with a weapon.

The murder of Ryan, a freshman at William T. Dwyer High School, shocked Palm Beach Gardens and sparked an exhaustive murder probe. He vanished on the evening Nov. 15, and his body was discovered the next day on a boulevard near Interstate 95.

I knew as soon as they were withholding the name of the person arrested - very much like Waukesha- the Murderer is Black.
A 14 yr old Murdered. 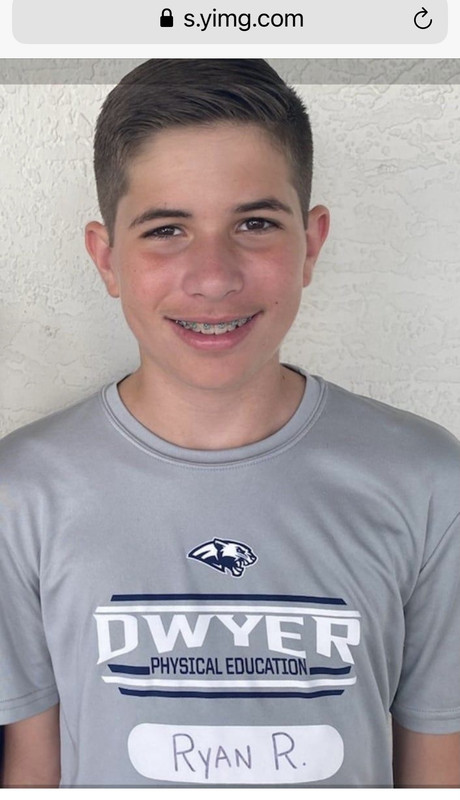 RIP
.
Mods told me to stop pointing out fake news.

Death, taxes, and not a single USMB leftist giving a shit when the murderer is black and the victim white.

I don't see the racial end all I see is a murder that has been committed.
To live is to suffer~Fritz Lang-Film Director

Moonglow said:
I don't see the racial end all I see is a murder that has been committed.
Click to expand...

I do not see a sentient human. I see a Moonglow.

You apply such completely different standards based upon the races of the perps and victims that I would think your utter hypocrisy is intentional if you were only capable of self-awareness.

HE WUZ JUSS ON HE WAY TO CHURCH! Details on the Delta Air Lines diversion to Oklahoma City when a passenger became unruly onboard, attacking a flight attendant and marshal. Waukesha, WI – The 14-year-old nephew of Milwaukee Common Council President Cavalier Johnson, who is currently running for Milwaukee mayor, was charged with the robbery and sexual assault of an 87-year-old woman. The incident occurred on Nov. 30 when the octogenarian stopped to return some books...

Black cows attack and rob anyone that has something they want. It's a 365 day purge. Every white should be armed, trained and ready to defend themselves or others. When seconds count, the police are hours away.
Vote RED. Remove Every Democrat
T

The leftists believe that whenever a person of ethnicity X commits a crime, the reason is poverty and systemic you-know-what.

Of course, if a leftist (or one of his/her loved ones) is ever the victim of a violent crime, s/he will be shocked.

On the other hand, there is little chance of that, for no matter what the leftists say, they take precautions to stay far, far away from certain folks.
You must log in or register to reply here.

The Left's hate mongering is getting people murdered

Why the death penalty? 67 year old murderer, released on parole, murders a woman with a knife.
7 8 9

Why do some Democrats want to pass new laws against violent crime, intead of enforcing the laws that are already on the books?
2

If the Constitution was written today...what would be different?
2 3 4

The Scars of Christ