We know from deductive analysis that computation offers us 'crazy' conceptions of maximums and odd values --- e.g., Zorn's lemma (occurrence of maximal elements in a 'pre-ordained' ordered chain of values) and Primes (odd numbers with no divisors).

London Fog for example is a 'well-known' clothing (trench-coat) company of great esteem/success and is considered a 'constant' in an otherwise unpredictable/chaotic 'sea' of fashions.

Establishing 'constants/anchors' in our 'universe' of dynamic changes requires an evaluation of dependability.

This is the challenge of modern capitalism/consumerism --- establishing 'sanity' in the otherwise 'insane world' of the frenzied-shopper (e.g., Black Friday).

Consider therefore an imaginary/hypothetical 'United Nations Fashion Council' (which changes membership annually with global elections and elects members from all classes/cultures of the world). Such a 'council' would not only stabilize consumerism biases detrimental to politics-oriented free-trade 'currents' (e.g., European Union), but it would also complement modern-day networking-compasses such as Facebook!

Is the Trump Administration equipped to handle such a 'game'? This question will determine America's 'brand' of leadership in this new era of commerce-driven 'IQ' (e.g., NASDAQ).

ULTRA MAGNUS: London Fog has become a 'sanity-stabilizer' in humanity's 'fashion-economics.'
CYCLONUS: It's a 'quaint' trench-coat company offering consumers 'steady design trends.'
ULTRA MAGNUS: Consumerism culture creates a demand for 'iconic brands.'
CYCLONUS: Certainly General Motors, Tylenol, and Polo are iconic brands...
ULTRA MAGNUS: The 21st Century will be about Wal-Mart and Microsoft.
CYCLONUS: Network streamlining 'couture' (e.g., 'Facebook phenomenon') represents globalization!
ULTRA MAGNUS: It's no wonder Americans like network-imagination films such as Celebrity and Toys!
CYCLONUS: Those two films starred Kenneth Branagh and Robin Williams who both appeared in Hamlet.
ULTRA MAGNUS: It's almost 'fun' to analyze 'consumerism trophies.'
CYCLONUS: Yes, it's imaginative, but it's also a 'profiteer's game' (i.e., Wall Street).
ULTRA MAGNUS: There are distinctions between piracy and ingenuity, Cyclonus!
CYCLONUS: True, but who should be elected to govern over 'fashion'?
ULTRA MAGNUS: Access to shopping resources on the modern network creates its own 'order' (i.e., QVC).
CYCLONUS: As long as competitive bargaining is part of networking, there will be piracy and monopolies.
ULTRA MAGNUS: There must be a way to appreciate the contributions of market innovators (i.e., Bill Gates)!
CYCLONUS: Maybe Hollywood should make a film about 'fashion police' starring Charlize Theron! 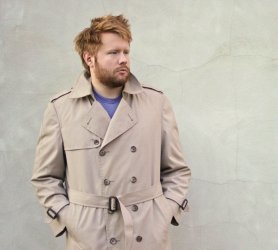 Can the CDC suspend my mortgage?

So, when will Larry Elder become the next victim of the radical left-wing lynch mob? Sex scandals to come.

ID needed for vaccine passport but not to vote?

Biden to cut some infrastructure by 96%
2