I never thought Eli Whitney was black, but apparently lots of people do.

I never thought Eli Whitney was black, but apparently lots of people do.


But it appears that thousands, maybe millions, of Americans have grown up believing otherwise. There seems to be no geographical locus for the misinformation. Commenters from Georgia, California, Kentucky, Indiana, Ohio, Virginia, Kansas, Florida, and Massachusetts insisted online on Wednesday they had been taught in school that Whitney was black. Older examples of this conviction are as plentiful as cotton bolls on a Georgia plantation: Here’s a woman indignant that Ball Park depicted Whitney as white in a TV ad. “Eli Whitney was a slave,” writes a contributor to a forum on black issues. “Name five important black people from history beside Rosa Parks, MLK Jr., Eli Whitney or Malcolm X,” a Reddit contributor requests. On another Reddit thread, commenters commiserate over their shared false memory of Whitney’s race. As of this writing, 55 percent of respondents to a BuzzFeed poll posted Wednesday say they have always believed Whitney was black. “I always knew he was white, but I always knew people who thought he was black,” says Chris Hartig, who took this photo of a poster in his Illinois high school back in 2012:

If they did believe in Whitney as a black hero of invention, it might be because plenty of authoritative sources told them as much. For example, here’s a Head Start classroom in February 1990 learning about “Black people from history” including Martin Luther King Jr., Willie Mays, and Whitney. The 1989 KRS-One song “You Must Learn,” an anthem on education and empowerment, lists Whitney among black inventors such as Garrett Morgan and Madame C.J. Walker. The video shows black men turning bales of cotton, over the mention of Whitney’s name.​
How is this possible? My guess: For the same reason we get many black invention myths. Blacks need them to validate their place in American society. Thus, blacks invented blood transfusions, air conditioning and traffic lights.

Slate suggests another reason in this case: “The irony of a black man inventing the tool that helped turn slavery into the economic engine of the antebellum South is just too poignant to resist.”

Another case of a tale “just too poignant to resist” was an episode of M*A*S*H that reprised the myth about Dr. Charles Drew, who died after he was mangled in car wreck. Drew was the father of Washington, D.C.’s Charlene Drew Jarvis.

As I recall the episode, in teaching a wounded GI who was receiving a blood transfusion not to be a racist, Hawkeye Pierce explained that Drew invented the procedure, but died after a car wreck because white doctors denied him his life-saving treatment.

The tale Pierce told contains two myths: the black-invention myth and the Jim-Crow-Killed-Drew myth. Drew pioneered blood banks, not blood transfusions, and he did not receive a transfusion because his injuries were so great the treatment was pointless. Jim Crow and racism had nothing to do with it. His family was highly appreciative of the doctors’ efforts save Drew’s life.

I never thought it either.

I did. That is what I was taught in Maryland public schools.
"Democracy Dies Under Democrats!" MarathonMike

Wonder why they taught that?

Which part is fake ... that Mr. Whitney was Caucasian, or that it's taught in schools that he's a black slave?

Because I was taught the latter in primary school.

You guys sure you aren't thinking of George Washington Carver???

Kat said:
You guys sure you aren't thinking of George Washington Carver???
Click to expand...

He didn't invent the cotton gin ... he invented peanuts. 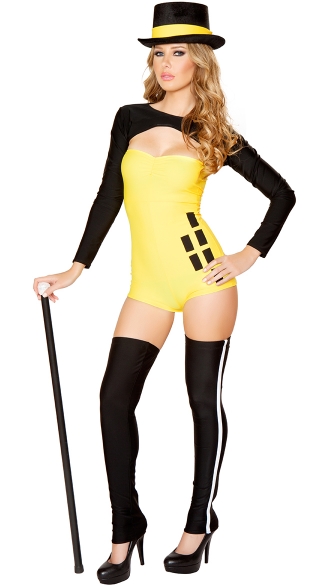 Kat said:
You guys sure you aren't thinking of George Washington Carver???
Click to expand...

He didn't invent the cotton gin ... he invented peanuts.

I know that. What I don't know is why anyone would think Eli Whitney was black. Oh well, too late to worry.

Put up or shut up time