Hilary would have listened

blackhawk said:
I have no evidence of that in regards to Hillary to me she exemplifies everything wrong with todays politics.
Click to expand...

The opening line of the article tells the story concisely............"The coronavirus is the most foreseeable disaster in history"

Of all the assessments given to Trump by the intel agencies and medical experts none of them predicted "its all going to be fine." Quite to the contrary.

Trump willfully chose to ignore the warnings because he knew taking the required measures to slow the spread of the virus would do damage to the economy.

That was just as evident then as it is now as he calls for a premature opening up of the country.
Trump administration pushing to reopen much of the U.S. next month
https://www.washingtonpost.com/nati...d42b4a-7a7b-11ea-9bee-c5bf9d2e3288_story.html

Clearly the underlying goal here is to enhance his chances of re-election. Something he could have already virtually ensured if he had prepared the country to minimize the spread of COVID-19 instead of making it worse.
Click to expand...

Hillary should be the last thing on their minds. November is coming. With it comes the punishment democrats so well deserve.

I'm trying to imagine how many billions the Clinton Cartel Foundation would have extorted from this China Flu pandemic at this point. They would be worth more than France now.

The nuclear missile we dodged cannot be overstated.

Porthos said:
All people who voted for trump are realizing their big mistake. She would have listened to her people when the covid19 warning first came. She would have not screwed up the testing. The country would be 100 percent tested by now. And we would be opening the country in a few weeks.

We dodged a HUGE bullet in Hillary. Fuck that evil whore bitch.

Anybody we lost to COVID-19 that kuuuunt might have saved (none) were worth the sacrifice to keep that filthy whore ass gash axe wound out of the white house.

easyt65 said:
What in the HELL makes the OPO think that Hillary Clinton would have listened to any warning about a threat to American lives? History and her past record clearly shows she never gave a damn about American lives...or anything / anyone other than herself.

As Secretary of State the United States was made aware of a planned Middle-East-Wide planned terrorist attack on US Consulates and compounds on the anniversary of 9/11.

To protect US citizens / the Ambassador in Benghazi she and her State Department hired a security firm that had never provided protection for anyone in a war zone and had never even provided a security team that had ever carried a weapon.

Ambassador Stevens asked her and the State Department more than a dozen times for additional security, even after a second attack that left a 4+-foot hole in the compound wall before the 3rd and final attack on 9/11 AND WAS DENIED.
-- When asked about all of his requests, that sick bitch LAUGHED and stated she thought he was JOKING, that it was all PART OF HIS SENSE OF HUMOR.

When every other nation pulled their people out of Benghazi due to the increasing violence and increasing presence of Al Qaeda in the city - after Stevens had reported Al Qaeda had opened up ANOTHER terrorist training camp there, Hillary refused to pull Stevens and other Americans out of harm's way. She abandoned them there to die!

When asked before Congress about all of these details about all of the FAILURES to keep US citizens alive Hillary screamed out her now infamous line, "AT THIS POINT, WHAT DIFFERENCE DOES IT MAKE?!"

...AND THESE ARE ONLY PART OF THE 'NOTHING' SNOWFLAKES STILL CAME POUT OF THE HEARINGS INTO THE FAILED HANDLING OF THE BENGHAZI ATTACK.

(Benghazi, btw, was one of 22 US Embassies and compounds attacked on that very same day, as ther US govt and State Department were warned would happen. 2 were over-run, and thankfully only 1 resulted in American deaths.)

That bitch didn't listen then and let Americans die, so what makes the OP - or anyone else - believe she would have listened about the coming pandemic? Joe Biden, the DNC's 2020 nominee and VP at the time during Benghazi, led the attack on President Trump after he imposed his China travel ban, calling him Xenophobic for taking such unnecessary steps...proving once again Biden has been wrong about every Foreign Policy decision he has ever made. Biden and the rest of the Democrats have not listened...until too late....just like Hillary did in the past and how she followed Biden in the attack on Trump for doing something they all agree was the right thing to do.

It's amazing to see you Trumpleton's still reflexively spew hate and tell the same tired old lies about Hillary at the mention of her name years after she left the political stage.

Neither of the dueling reports from the Democrats or Republicans had new revelations about Clinton's culpability, but they'll re-inject the issue into the 2016 campaign.

As I said, snowflakes consider leaving Americans to die when every other country pulls their people out 'competent' and doing nothing 'wrong'.

Another 'trick' snowflakes like to use is repeating Hillary was never found 'guilty' of anything....which is because the hearings were never Criminal Proceedings - they were Fact Finding sessions designed to figure out what went wrong.....and there were a LOT of things that were done wrong that came out.

Again, who the FUCK would hire a security company who had never provided security for a war zone and whose employees had never carried weapons to protect Americans in the middle of Al Qaeda territory?
- Hillary and her State Department did.

Who the HELL would hire an Al Qaeda-associated militia to protect Americans from ... Al Qaeda?
- Hillary and her State Department did.

'Nothing was found. There is nothing to see here.'

Hillary ignored the warnings of a Middle East-wide attack on US compounds on the anniversary of 9/11, ignored 2 attacks on the compound leading up to the final attack - the last pone leaving a 4-foot hole in the compound wall, and ignored DOZENS of pleas by the on-scene Ambassador for additional security.

'Nothing was found. There is nothing to see here.'

The belief by the OP that Hillary would have listened - especially when her VP at the time, Joe Biden led attacks on Trump and the opposition of a Travel ban which she herself criticized as well - is based on zero evidence to support that belief.
Click to expand...

"
“Well, I appreciate the call, governor,” John says. “I tried to call the White House. I’ll be honest, I’m conservative. Always have been. I voted for President Trump. But I just wish he would stop with the petulance. You know, this is not the time—at all. And I would tell him that to his face.”

John continues, “I can’t understand the president saying … ‘The states have to have a plan.’ It can’t just be on the states. I mean, we’re the United States of America. We’re supposed to be united.”
" 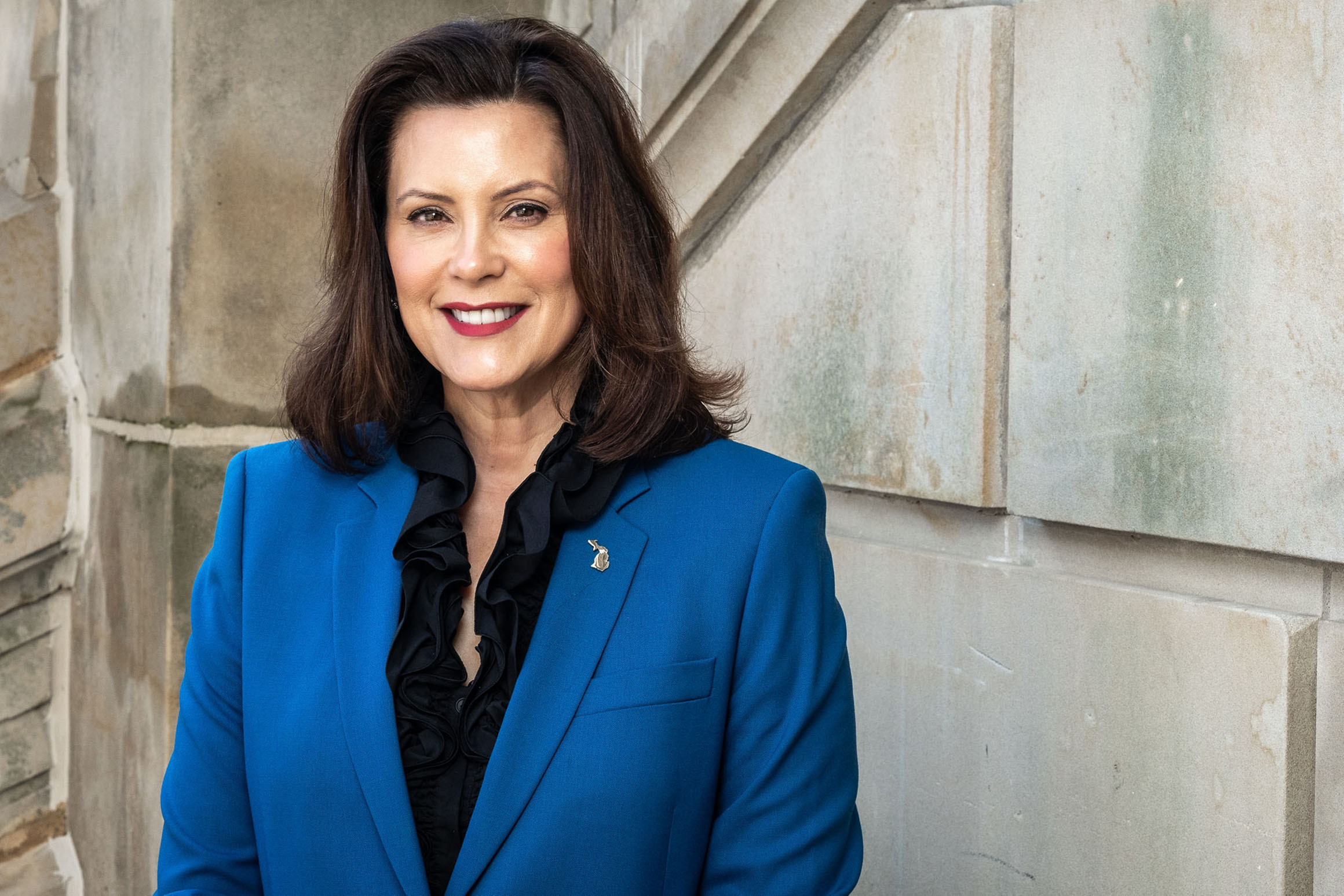 ‘The Woman in Michigan’ Goes National

Governor Gretchen Whitmer is dealing with a historic pandemic, a bullying president and a big job tryout.

President Trump BOLDLY walked up St. John's Church with a Bible in his hand.

Why the leftists bringing up Posse Comitatus are lying again

Is there anything preventing law enforcement from shooting protesters who throw tear gas grenades back at the police?