from: Global Warming Alarmists Who Say End Is Near Reach Mental Tipping Point

Writing about global warming has become a tiresome exercise. Well, not so much the writing part. What's become truly exasperating is the never-ending blather from the alarmist community that has to be written about.

The silliness just never stops. That's why not long ago we had to write that ridicule is the proper response to the global warming alarmists' claims.

Maybe they're thinking along the lines of the of the doomsayers who have throughout human history warned of imminent world disaster...

Of course we've heard this before. In March 2009, Prince Charles warned us that the world had "less than 100 months" to save itself. That was about 97 months back, so we're right there on the eve of destruction...


...Then in 2009, James Hansen, the mother of all global warming alarmists, said incoming President Barack Obama had four years to save the world.

1. “Due to global warming, the coming winters in the local regions will become milder.”
Stefan Rahmstorf, Potsdam Institute of Climate Impact Research, University of Potsdam, February 8, 2006

3. “More heat waves, no snow in the winter… Climate models… over 20 times more precise than the UN IPCC global models. In no other country do we have more precise calculations of climate consequences. They should form the basis for political planning… Temperatures in the wintertime will rise the most… there will be less cold air coming to Central Europe from the east…In the Alps winters will be 2°C warmer already between 2021 and 2050.”

OP fails to create a strawman small enough for him to beat up.

Reading your shit I reach my mental tipping point...Jesus stop.

If you will stop your eternal, mindless, and incessant hysterical handwaving, I will talk to him about stopping writing the sort of stuff that describes you and yours to a "T".

This is exactly why over recent years, interest in climate changed has dropped like a stone in water. Never brought up in the presidential debates.......invariably polls at the bottom of the bottom for voter concerns, even behind gun control. Most Americans ( actually a large majority ) don't think scientists have a handle on what controls the climate.

The main reason is........all of these predictions have fallen flat on their face while people freeze their asses off 8 months out of the year. People hate being conned.......and frankly........there are a whole host of other things they have to be concerned about. Lastly......a lot of these alarmist folks are seriously OCD on this stuff. They cant be out of this forum for more than a couple of hours without getting weirded. For years and years now in here they have been posting all the same old crap up arguing the science from their perspective. But in the real world, what has it accomplished??

skookerasbil said:
This is exactly why over recent years, interest in climate changed has dropped like a stone in water...
Click to expand...

No interest, but it's become a great punchline: 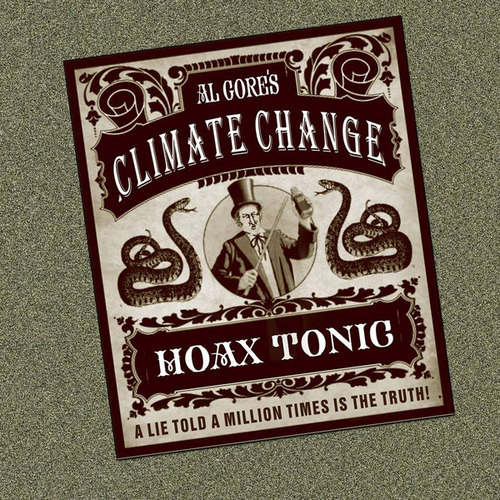 Say, WHAT? After one of the strongest El Niños on record, another one may be brewing

The Latest Thing Keeping Gorebal Warmers Up at Night

The high priests of man made global warming religion have been wrong how many time?

Warren Buffett and the Myth of the ‘Good Billionaire’

Putin, don't talk with Biden who supports SS Nazis in Ukraine. The presidential regiment attended the funeral of an SS Galicia veteran

Hundreds of Thousands of Ballots MISSING In AZ, Boxes Full of BLANK BALLOTS
6 7 8

CDZ With 9.3 million job openings in the United States, why are there still people panhandling on the corner of Intersections?
2 3