For all of you running to support Alec Baldwin, listen to this

The Light of Truth

Location
Where I can see you, but you can't see me

Lesh said:
He would have had to manually remove each round or turn the gun around (with the barrel now pointing at his face) and look into the open cylinder ends
Click to expand...

^^^
A fine illustration of abject ignorance
Wry Catcher, proving himself a foolish child...

Wry Catcher said:
Personal attacks are the sustenance of fools...I would not expect you to have an open mind or the intelligence to discern the differences...
Click to expand...

Wry Catcher said:
personal attacks are childish......they are hard to avoid when dealing with assholes.
Click to expand...

Rigby5 said:
Agreed as well.
Lots of people had knowledge as to what should be done, and could easily have done it.
But Baldwin is an actor, so does not have the expertise and should not be expected to have it.
Click to expand...

Should I go on?

rightwinger said:
Has nothing to do with the shooting
Click to expand...

Even if that were true how does that trump how women were treated by him in the past? 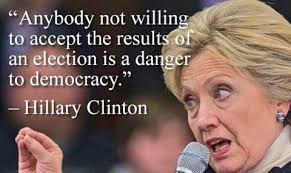 YoursTruly said:
I don't get it all this back and forth BS between the left and the right. This isn't a political issue. Baldwin didn't purposely shoot and kill anyone. He didn't know the gun was loaded. It wasn't his job to check it.

You party loyalist need to put down you party BS, and use some common sense. And stop nip nicking irrelevant crap.
Click to expand...

How would an actor be treated if he did a stabbing scene and sliced someone's throat open because he didn't check to see if the blade collapsed or not?

Rigby5 said:
Sure, but who is negligent?
Seems like a whole lot of people, but not Baldwin.
Click to expand...

It's going to be interesting seeing what happens in the future, now that multiple lefties on this board have stated that a man who picks up a gun without checking it, points it at an innocent person, pulls the trigger, and kills her isn't liable for anything.

I'm certainly not going to forget this, and I'll be sure to remind all of you what you said.

hadit said:
How would an actor be treated if he did a stabbing scene and sliced someone's throat open because he didn't check to see if the blade collapsed or not?
Click to expand...

Punishment should be for those who intentionally did something wrong, to teach them it's wrong. They know it's wrong and they do it anyways. Punish those people.
The F'n prop people are the ones responsible for the props. Not the actors, for pete's sakes.

I mean dayum, if you get your brakes fixed one day, and the next they fail and you kill someone, why the hell should the driver be blamed with the only thing he did was pay for the brake job.

This whole thing reeks of political loyalty to one side or the other. And it's got nothing to do with politics. You party loyalist are just trying to make it political.
Last edited: Oct 27, 2021

Rigby5 said:
Sure, but who is negligent?
Seems like a whole lot of people, but not Baldwin.
Click to expand...

How is that possible?

Baldwin was and is the producer. The producer, as you know, is responsible for everything.

The set was in chaos. That is the responsibility of the producer. That would be Baldwin, who is well known to have anger and rage issues.

He allowed the guns to not be secured in a safe when they were not being used for filming. That's another breach of protocol.

Instead of an armorer, it was an assistant director who handed the weapon to Baldwin and said that the gun was clear.

Baldwin was practicing "cross drawing" the gun and pointing it at the camera. Baldwin pulled the trigger.

YoursTruly said:
Punishment should be for those in intentionally did something wrong, to teach them it's wrong. Not for people who already know something it wrong.
Click to expand...

Interesting. So if someone who works at a gas station, let's say, forgets to turn off a pump, spills gas all over, then it ignites and kills five people, that person should face no consequences? They didn't intentionally do anything wrong, after all.

Markle said:
Given that those are all known facts, how is Alec Baldwin NOT guilty of involuntary manslaughter?
Click to expand...

Because he was not responsible for clearing the weapon as safe
.
The Jerk Store called….They are running out of YOU!
R

rightwinger said:
Because he was not responsible for clearing the weapon as safe
Click to expand...

According to what? Some silly Hollywood rules? The law is a different matter entirely.

Rigby5 said:
Fine.
I can agree with that.
I would have ensured the gun was not loaded with anything but blanks, but it is unrealistic to expect Baldwin to know what to do.
He should have been trained or everything done for him.
Click to expand...

Lesh said:
And everyone had to hear those shots going off
Click to expand...

marvin martian said:
Interesting. So if someone who works at a gas station, let's say, forgets to turn off a pump, spills gas all over, then it ignites and kills five people, that person should face no consequences? They didn't intentionally do anything wrong, after all.
Click to expand...


Next. This is too easy.

Markle said:
He appeared in dozens of movies where guns were used. How did Baldwin NOT know what was proper protocol in the use of guns on a set?
Click to expand...

Proper protocal would be an actor not having the responsibility to check the props before using them in a scene.
Common sense people.

Rogue AI said:
According to what? Some silly Hollywood rules? The law is a different matter entirely.
Click to expand...

It's a prop gun.
The responsible person is the one who loaded the gun with real bullets. Holy friggin crap, does no one have any common sense now a days?

They do not supersede the laws, as many are pretending, particularly when a death is involved. It's those silly rules that remove the actual responsibility for gun handling away from the person holding the gun.

So a million blanks are loaded into prop guns, with complete success, and so every prop gun needs to be checked, rechecked, then checked by someone else, who checks their check.

Have you people lost your friggin mind?

Rigby5 said:
Wrong.
Producers do not enforce anything.
They usually are not on the set at all.
Click to expand...

Responsibilities of a Producer During Preproduction​

The producer is one of the first people to start working on a film. During pre-production, the producer works to gather investment and financing in the film.
In trying to sell the project, the producer assembles a small creative team to help package the pitch to production companies and studios. Along with a team of writers, the producer works to find a director (if one hasn’t been attached to the project already) and may reach out to a few big-name actors for the leading roles.
A successful producer will get the green light from a production company or studio, or manage to arrange financing from investors to launch the film or TV show.
https://www.masterclass.com/classes/james-patterson-teaches-writing


Responsibilities of a Producer During Production​

As production gets under way, a producer’s responsibilities shift to include the following:


Responsibilities of a Producer During Post-Production​

The producer makes the key decisions on marketing plans, including public relations, advertising, distribution, and release.

YoursTruly said:
It's a prop gun.
The responsible person is the one who loaded the gun with real bullets. Holy friggin crap, does no one have any common sense now a days?

This BS cancel culture is whack.
Click to expand...

It's a real gun, capable of killing someone, obviously. The responsible person is the person who pointed it and pulled the trigger. It is their responsibility to check if it's loaded or not. Many people sit in prison because they thought a gun was unloaded. This ridiculous double standard to defend a Hollywood jackass is where the common sense is missing.

LAUGHatLEFTISTS said:
If this were Charleton Heston, the demleftists would be attacking the 2A, drafting new gun laws and making political speeches daily. Their wacko voters would be protesting in every big city in America.
Click to expand...

Dems Want Unrealized Gains on Taxes in the Budget for the Wealthy?

Ruminations of a senior citizen on Hilaria Baldwin.

Waukesha is already OLD NEWS.....why is that? Political expediency?
2

Jesus Is Better Than Santa