Here's a media-culture 'divination tale' meant to ask the question, "How much idealism can consumerism/celebrity culture actually generate for youngsters dreaming of a college education?" 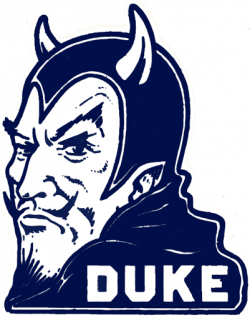 SHIVA: Duke has become an 'American culture staple' (like Corn Flakes, JFK, and Microsoft)!
VISHNU: You've always been a 'businessman,' Lord Shiva.
SHIVA: I'm a messenger of war, Lord Vishnu (you know that!), so I always invest (mentally) in 'competition.'
VISHNU: Are you a fan of Wall Street and Planet Hollywood?
SHIVA: The advocacy of commerce-culture through media totems (e.g., Wall Street, Starbucks) is wise...
VISHNU: I suppose you would purchase Xbox video games for your child...
SHIVA: I'm not opposed to my son playing college basketball Duke simulation games on Xbox for the holidays.
VISHNU: Kids zone out to television, video games, and the Internet (e.g., Facebook) these days!
SHIVA: What's wrong with a little Duke basketball highlight-reel searching on YouTube on any given Sunday?
VISHNU: Just imagine 'pro-democracy' political philosophers grandstanding on stage about 'Duke hype.'
SHIVA: There's always a colorful shining knight for every muscular society sentiment about social cohesion.
VISHNU: Duke's brand of 'high-brow' multiculturalism (e.g., student-athlete achievements) is symbolic.
SHIVA: It's historic! No other men's college team (in any sport) has produced as much 'prestige' for athletes.
VISHNU: Well, Notre Dame college football (the iconic Fightin' Irish) has also become a 'cultural standard.'
SHIVA: That's certainly arguable, but Duke basketball is a pronounced presentation of multiculturalism.
VISHNU: Why do you argue that?
SHIVA: Caucasian and minority athletes playing together without helmets makes you think of sportsmanship.
VISHNU: There are definitive 'political overtones' to our media-culture of team-biased fanfare.
SHIVA: Sure. Duke's geographical location has people talking about the 'ethnic composition' of America.
VISHNU: You sound like a used-car salesman...

While Lord Vishnu remained sceptical about the 'general reach' of media in reaching the masses with messages about collegiate culture that Lord Shiva was 'hyping,' he agreed with his 'divine peer' that dialogue regarding the role that television plays in circulating liberal-politics views in academics illuminated the spiritual profitability of modern media. When Shiva offered his friend Vishnu a commemorative Duke Blue Devils men's sweatshirt as a token of his friendly intention to discuss consumerism-consciousness that was surprisingly 'sophisticated,' Vishnu told Shiva, "It seems that television is making us both 'mob fans'!" Media was changing everything --- news, etiquette, and the American Dream --- and President Donald Trump (a former casino-mogul) wanted to see a Hollywood film-remake of the NCAA-inquiry film Blue Chips! 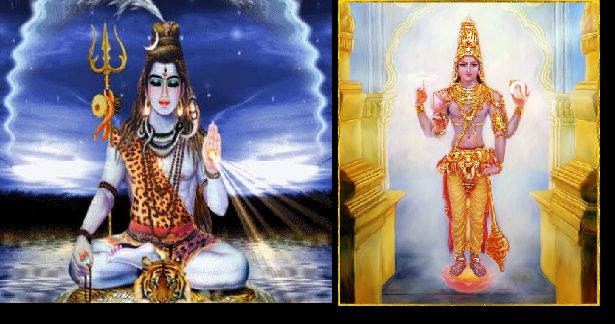 I like this one better than Shiva and Leatherface.
You must log in or register to reply here.

S
BARR told Trump to his face, "you're going to lose, you're humiliating yourself: pettiness, acrimony, punching down, chaos--we're tired of this shit"
15 16 17