Does the Earth 'Hum'?

Ok so the past several years I've noticed a humming sound when I'm in the house. It isn't anything in the house, like a fridge or tv or something; it's definitely coming from the outside. It's a low-toned hum, constant, steady, deep. I notice it most when the house is empty of people and is quiet, especially when the refrigerator is in self-defrost mode and is off. Even when the fridge is on I can still hear it. I hear it best in our family room, kitchen (both are in the back of the house), the garage (with the door closed and it's very noticeable in the car but I can still hear it if I'm standing the garage), and our bedroom and bathroom (bedroom is in the front of the house, bathroom is in the back of the house). It doesn't increase nor lessen if I open the windows, although outside noises (cars, trucks, kids playing, birds, etc) will often make me notice the hum less . . . . outside noises distract me from noticing I guess. I notice it less in other rooms of the house and don't hear it when I'm outside.

Here's the thing . . I've also noticed it's absence. It goes off or stops at times, although I can't quite get a feel for a pattern. Over the summer I didn't notice it much at all but all the windows were open if nice or the A/C was on if hot and that was enough to mask the hum. Also, the kids were home and it's just generally noisier in the house in the summer. Since I notice it's absence --- there at times when it isn't there -- it would lead me to think that it's some type of machinery or electrical pulse or . . . ? I live quite near a nuke power plant and thought that maybe it has something to do with that but I have no idea. Or could it be a noise that the earth itself is emitting? If so, what is it and why/how does it start/stop? The hubs and my oldest have also heard it so I'm not imagining it nor is it something that is just going on with my ears/hearing.

I've been looking around the internet and found this:

The Hum is a generic name for a series of phenomena involving a persistent and invasive low-frequency humming noise not audible to all people. Hums have been reported in various geographical locations. In some cases a source has been located. A Hum on the Big Island of Hawaii, typically related to volcanic action, is heard in locations dozens of miles apart. The Hum is most often described as sounding somewhat like a distant idling diesel engine. Typically, the Hum is difficult to detect with microphones, and its source and nature are hard to localize.

The Hum is sometimes prefixed with the name of a locality where the problem has been particularly publicized: e.g., the "Bristol Hum", the "Taos Hum", or the "Bondi Hum".[1]

The essential element that defines the Hum is what is perceived as a persistent low-frequency sound, often described as being comparable to that of a distant diesel engine idling, or to some similar low-pitched sound for which obvious sources (e.g., household appliances, traffic noise, etc.) have been ruled out.

Other elements seem to be significantly associated with the Hum, being reported by an important proportion of hearers, but not by all of them. Many people hear the Hum only, or much more, inside buildings as compared with outdoors. Many also perceive vibrations that can be felt through the body. Earplugs are reported as not decreasing the Hum.[2] The Hum is often perceived more intensely during the night.

Description: On 15 November 2006, Dr Tom Moir of the Massey University in Auckland, New Zealand made a recording of the Auckland Hum and has published it on the university's website.[3][4] The captured hum's power spectral density peaks at a frequency of 56 hertz.[5] In 2009, the head of audiology at Addenbrooke's Hospital in Cambridge, Dr David Baguley, said that he believed people's problems with hum were based on the physical world about one-third of the time and the other two-thirds stemmed from people focusing too keenly on innocuous background sounds.[6]

History: In Britain, the most famous example was the Bristol hum that made headlines in the late 1970s.[6] It was during the 1990s that the Hum phenomenon began to be reported in North America and to be known to the American public, when a study by the University of New Mexico and the complaints from many citizens living near the town of Taos, New Mexico, caught the attention of the media. However, in the 1970s and 1980s, a similar phenomenon had been the object of complaints from citizens, of media reports and of studies. It is difficult to tell if the Hum reported in those earlier cases and the Hum that began to be increasingly reported in North America in the 1990s should be considered identical or of different natures.[citation needed]

On June 9th, 2011, it was reported that residents of the village of Woodland, England are currently experiencing a hum that has already lasted for over two months.[7]

This phenomenon has also been reported since 2010 throughout Windsor and Essex Counties in Ontario, Canada,[8] where some residents claim it to be correlated with the time of day, or week, while others seem unaffected or unable to hear it.[9]

Explanations: In the case of Kokomo, Indiana, a city with heavy industries, the source of the hum was thought to have been traced to two sources. The first was a pair of fans in a cooling tower at the local DaimlerChrysler casting plant emitting a 36 Hz tone. The second was an air compressor intake at the Haynes International plant emitting a 10 Hz tone.[10][11]
Click to expand...

More info at link: The Hum - Wikipedia, the free encyclopedia

Does anyone else have any info/thoughts on this?
Last edited: Oct 19, 2011

I hear a hum all the time, then again I stuck my head in Ritchie Blackmore's Marshall stacks when I was younger 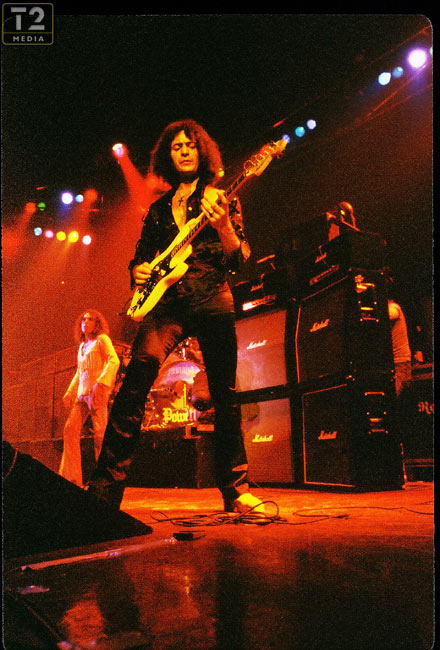 When I first saw this post, I thought it was a totally crazy question to even be asking. But, now you totally got me thinking about this. And I really want to look into the issue more. Have you found any new information regarding this? Really interesting.

some sense aura's as well

i would imagine everything physical to have some sort of atomic frequency that can resonate, maybe even create it's own harmonics

so i don't discount sorts who claim to sense it

The hum of the Earth

ABSTRACT
The Earth undergoes continuous oscillations, and free oscillation peaks have been consistently identified in seismic records in the frequency range 2-7 mHz, on days without significant earthquakes. The level of daily excitation of this 'hum' is equivalent to that of magnitude 5.75 to 6.0 earthquakes, which cannot be explained by summing the contributions of small earthquakes. As slow or silent earthquakes have been ruled out as a source for the hum (except in a few isolated cases), turbulent motions in the atmosphere or processes in the oceans have been invoked as the excitation mechanism. We have developed an array-based method to detect and locate sources of the excitation of the hum. Our results demonstrate that the Earth's hum originates mainly in the northern Pacific Ocean during Northern Hemispheric winter, and in the Southern oceans during Southern Hemispheric winter. We conclude that the Earth's hum is generated by the interaction between atmosphere, ocean and sea floor, problably through the conversion of storm energy to oceanic infragravity waves that interact with seafloor topography.
O

Another explanation, and an application.

Now, Kiwamu Nishida at the University of Tokyo and his colleagues have realized an alternative way to image the Earth that is not reliant on the presence of earthquakes. The geophysicists instead track surface waves generated through the interaction of the Earth's atmosphere and surface &#8211; a phenomenon known as the Earth's seismic "hum".

Mother Nature calls
Strange as it may seem, the Earth's atmosphere continuously rings out in a chorus of frequencies just below the reach of the human ear. This phenomenon is expressed at the Earth's surface as "infrasonic" waves &#8211; that is, waves with frequencies ranging 0.01&#8211;10 Hz &#8211; that are known to exist from acoustic recordings around the globe.

Until now, however, researchers have been unable to link variations in the Earth's hum with features in the mantle. This is largely because of the complicated processes involved the hum's generation and the presence of various other sources of ambient seismic noise

Hey, thanks for the replies. I posted that yesterday because the hum was really, really noticeable and was getting on my nerves. lol It was a damp, dreary, rainy day and the drone of the hum was just persistent and steady and it seemed louder than usual, or at least at a level that I couldn't ignore. We lost power last night for about 1 1/2 hours but I still heard it which reinforces that it's not something from within the house. Today is clear with lots of ominous dark clouds in the sky but the sun is also in and out, the temps have dropped quite a bit since this morning and it's really windy (don't know if any of those things contribute to the hum just thought I'd mention it). I don't hear the hum today.

I have no idea of there's a factory or something around here that I don't know about and that's what's making the sound, or if it's something the power plant produces or if it could just be the earth so I thought I'd ask.

@ us . . . yeah, I hear the light bulb buzzing sound often, especially when one is about to blow. There are power lines about two miles from here and I know they produce sound. Hmmm, maybe it's the power lines (although the sound I hear is a hum rather than a 'buzzy' sound that electrical lines make) and the weather amplified it?

@TakePart . . . no, although I've googled specifically for this area and came up with zilch. When I googled 'hum' or 'earth hum' that's when I found the wiki info. I'm still not convinced that it's not either the power plant or factory or something but I can't find a pattern of any sort, which I'd think there would be. And with the weather so cloudy and heavy yesterday I thought that maybe it was a sound that is always there via the earth but not as noticeable and the clouds were magnifying it or something. lol I don't know but since my hubs and daughter have also heard it I know it's not just me. Whew!

If you put a seashell up to your ear you can hear the ocean.

Does the Earth 'Hum'?

Only when it has forgotten the lyrics.
OP

Mysterious hum driving people crazy around the world - NBC News.com
You must log in or register to reply here.

If The US Is Involved In Political Assassination Does That Make Us Fair Game For Revenge?
2

B
Little donny jr. Thinks He Should Run The NRA To Keep His Political Aspirations Alive

6 minutes ago
Andylusion
A
View more…