Going to use this thread to post pics of our doggies. I don't have any of Suki at the moment, but I have a couple of Cooper. Next time I will work on getting images of the other two - although they don't like their picture taken!

Cooper LOVES having his photo taken, as you can see. Once he realised I was taking his picture, he sat down, crossed his front paw and looked directly at me, which is why this photo looks so good!

This one is a little blurry and dark, as it was taken in the laundry. Cooper is slumped over his water bowl after a good run around the yard with the ball. He just flops down in front of it, laps up water, gets up, drips water everywhere, and then goes back to the bowl about a half dozen times before he's finally had enough.
http://gkrkarateblog.livejournal.com/

Keep Updated With All My Karate Progress​

come on you know the rules....pics of all of them....or they dont exist lol
"A lie ain't a side of a story. It's just a lie." snoop the wire

I took some more last night, just have to see how well they turned out!
http://gkrkarateblog.livejournal.com/

Keep Updated With All My Karate Progress​
OP

Here's Trever. He doesn't like the camera, so he isn't really looking at it, but at least I got a picture of him!

For some reason, the one of Suki isn't working. I will work on it and hopefully will have it up. 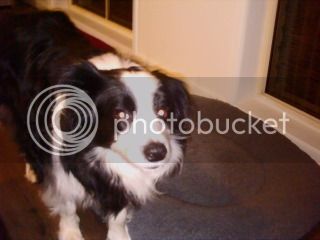 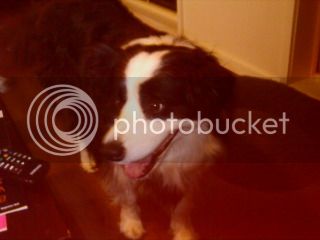 They are far from perfect, but she hates the camera, like Trevor!

Here's another of Cooper posing for me last night: 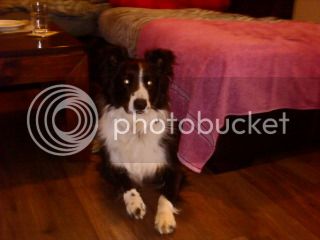 Keep Updated With All My Karate Progress​

You have BC's. Great dogs. My old Jake passed earlier this year.

Great trial dog and a super pet who is deeply missied.

Super nice dogs. I know they have a great home.
You must log in or register to reply here.

Oh. You. Dint...oh...my...GAWD HELP ME HELP ME sweet heavenly mother

Proofs the case of Mr Nasralny is a fake

Do Atheists Have a Moral Code?

Another Of Bernie Sanders Lies