Concerning Israel and Obama, Republcians should have checked with the Israelis -opps 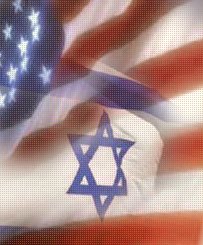 A new poll published in Haaretz, the left-of-centre Hebrew daily newspaper, found that 69 per cent of Israelis think that Mr Obama's treatment of Israel was ''friendly and fair''.

Roni Richtman, a 21-year-old student at Jerusalem's Hebrew University, said he appreciated the ''firm but understanding'' manner in which the Americans handled the dispute.

Sarit Tamim, 56, said she didn't trust Mr Obama initially, but that he had ''grown to be a good guy''.

''He's been good with Israel so far  I thought he even could have been a bit rougher with [Prime Minister Benjamin] Netanyahu,'' she said.

Support for Obama up in Israel

On the whole, Obama's popularity may be declining in American public opinion, but a sweeping majority of Israelis think his treatment of this country is friendly and fair.

Oops, the American White Wing is at it again. Smearing the President of the United States of America with lies and slander. While they desperately attempt to take up the cause of the Jews, seems the Jews aren't having any of it. Worse for the Confederate Republican Party of Teabags, seems Israel actually LIKES Obama and supports him and the vast majority believe he is actually fair.

At one time, his approval rating in Israel was a measly 6%. But now, none of the American White Wing's visions of Armageddon have come true. Israel knows the Wingnut White for what they truly are.

If it keeps going on like this, like the boy who cried "wolf" and like the little chicken who thought the sky was falling, the Republican White won't be trusted by anyone, not even "teabags".
OP
R

This is one thread the White Wing wants to completely ignore.

You mean Israel-firsters, NOT Republicans or conservatives.

Alan Dershowitz said today that Dems are already kissing FL Senate goodbye and NY may even be in play
Click to expand...

Uh huh, Israels papers start with headlines like, "24% of Israelis fear Obama", then in the rest of the Article, you find out that 67% like him. That's something FOX would do. But it's OK. I understand why those on the right lie. What else do they have? Not policy, obviously. Not a slam, merely an observation.
You must log in or register to reply here.

How to speak Democrat

Republicans: Everything will be OK

Joe Biden, King Of The Jungle