Ok ... I know the P-51 gets a lot of love for it's characteristics and performance but I'm not picking that plane and my reasoning is simple, we entered the war in late '41 this is a full year after the Germans had lost the Battle of Britton and a large number of their experianced pilots. I know the P-51 has some great kill ratios, but the level of compitition had dropped.

I'm more inclined to go with the Hurricane/Spitfire

Zero (too fragile in my book)
262 (came in too late though most were only shot down with taking off or landing)
Hellcat (one tough bugger)
Corsair (made some early maintance issues)
190 (could have been great, before the pilot loss)
Lightning (same gripe as with 51 ... Who was flying those other planes?)

Stuka Dive Bomber was the scariest - had this screeching sound that panicked targets on the ground.

Kept the German fighters off of the bomber groups.

The F4U Corsair has a pretty colorful history. The gull wing plane was developed as a Carrier plane but novice Navy pilots had trouble seeing past the nose and crashes were not uncommon. Marines used the power and speed of the well built plane effectively amd the legendary Black Sheep flew Corsairs. The plane was so strong that a Corsair chasing a flimsy Japanese fighter at extreme high altitude had it's guns jam due to the cold and flew close enough to the Japanese plane to cut it's tail off with the powerful Corsair prop. The Japanese plane went down and the Corsair lost about 4 inches off the prop ans flew back to base.
Last edited: Sep 29, 2011

Without a doubt, the P-51D Mustang!
"Democrats haven't been this angry since the Republicans freed their slaves"
- Reddit

Like anything else when comparing things do them during their time frame. The jet fighter at the end of the war in a one on one fight wins hands down against all the others and would rank as the best. However this is a list year by year of the best fighter.

Me 262s were shot down taking off and landing because that's where they were most vulnerable...Couldn't firewall the throttle without blowing up the engines.

It was also misused, with many early variants being used as offensive bombers, rather than for air superiority over Germany...Change that one factor and Hitler could've forced a stalemate the strategic air war, despite the P-51.

But if worms had machine guns.....

Don't think he could have forced a stalemate. 51's were being made a lot faster then 262's ... Yes, the 262's would have mopped the skys, but they would have to land someplace to rearm ... They would fall pray to hunter groups of 51's

Firehorse said:
Don't think he could have forced a stalemate. 51's were being made a lot faster then 262's ... Yes, the 262's would have mopped the skys, but they would have to land someplace to rearm ... They would fall pray to hunter groups of 51's
Click to expand...

Were'nt most of Germany's best pilots dead by then also?

You have swarms of 262s making swiss cheese out of bomber formations and there's no reason for the P-51s to even be there.

No bombers overhead frees up 109s and D-9s to fly cover for the 262 bases...The entire dynamic or the air war over German airspace is changed. 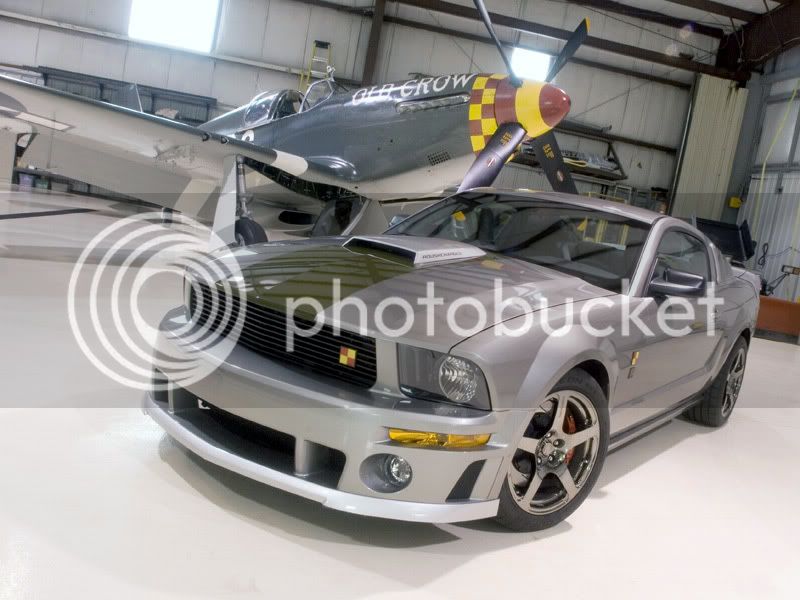 The tactic of the 262 (vs bombers) is the simple slash through formation at speed and leave any pursuit wondering where you went.


I don't think the either the Mustang or the Corsair can match a 19:1 kill ratio.
“If you’re not ready to die for it, put the word ‘freedom’ out of your vocabulary.”

Oddball said:
You have swarms of 262s making swiss cheese out of bomber formations and there's no reason for the P-51s to even be there.

No bombers overhead frees up 109s and D-9s to fly cover for the 262 bases...The entire dynamic or the air war over German airspace is changed.
Click to expand...

The Messerschmitt Me 262 Schwalbe ("Swallow") was the world's first operational jet-powered fighter aircraft.[5] Design work started before World War II began, but engine problems prevented the aircraft from attaining operational status with the Luftwaffe until mid-1944. Compared with Allied fighters of its day, including the jet-powered Gloster Meteor, it was much faster and better armed.[6]

In combat, when properly flown, it proved difficult to counter due to its speed. Me 262 pilots claimed a total of 542 Allied kills[7] (although higher claims are sometimes made)[Notes 1] against the loss of about 100 Me 262s.[citation needed] The design was pressed into a variety of roles, including light bomber, reconnaissance and even experimental night fighter versions.

The Me 262 was one of the most advanced aviation designs in operational use during World War II.[9] The Allies countered its potential effectiveness in the air by relentlessly attacking the aircraft on the ground, or while they were taking off or landing. Maintenance problems and a lack of fuel during the deteriorating late-war situation also reduced the effectiveness of the aircraft as a fighting force. In the end, the Me 262 had a negligible impact on the course of the war due to its late introduction and the small numbers that were deployed in operational service.[10]

The Me 262 influenced the designs of post-war aircraft such as the North American F-86 Sabre and Boeing B-47 Stratojet.[9] 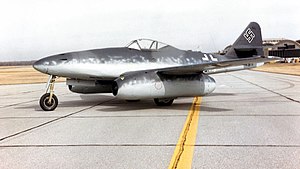 Messerschmitt Me 262 - Wikipedia, the free encyclopedia
I

Without bombers over Germany, you're not going to get at their assembly plants either.

General Arnold was already under a lot of pressure because of the ghastly attrition rate of the 8th AF...262s stay home for an air superiority role and the odds of forcing a stalemate in the west go way up.

The Mustang, Corsair and Spitfire were all beautiful machines. By the time the Allies were invading, the Mustang really had no opposition left, but that was the idea.

A story of WW2 tells of a German soldier advising a much younger soldier on how to determine which country owned the aircraft above. He said, "If the airplane appears to be brown, it's British. If it appears to be silver, it's American. If it doesn't appear at all, it's German".

That said, you just gotta be impressed with the Hellcat. A broke nosed brawler that shot up the Zeroes. Not very pretty, but it got the job done just like the B-24.

The climate is the product of Man's activity and Man can control the climate and direct it.

The price of oil is completely beyond the control of Man there is absolutely nothing that can be planned or executed to affect it.

What was The US doing while Germany was developing the ME262? The Brits were shocked that the US had virtually no espionage capability well into WW2. The US thought Japan couldn't make a plane that would fly or a ship that float and had no idea about German V-1 rockets or jet technology.
O

Well, we had a bunch of military conservatives that thought that Goddard was nuts.

Old Rocks said:
Well, we had a bunch of military conservatives that thought that Goddard was nuts.
Click to expand...

You need to do better than that rocky. There were few conservatives in the FDR administration. As a mater of fact the Brits were also shocked about the communist infiltration in the FDR administration. The dying (probably mentally impared due to strokes) president used to call the monster of Russia "uncle Joe" with cheap jokes at the expense of Churchill.
You must log in or register to reply here.