Americans' evaluation of the job Congress is doing is the worst Gallup has ever measured, with 13% approving.

How's that only knowing how to say "no" working for you? Wink wink.

The most recent Fox News poll had the approval rating at 10%.

Of course everyone disapproves of "Congress". The Dems hate the Repub House and the Repubs hate the Dem Senate.
“The party told you to reject the evidence of your eyes and ears. It was their final, most essential command.” -1984 George Orwell
The meaning of peace is the absence of opposition to socialism. - Karl Marx
Remember, democracy never lasts long. It soon wastes, exhausts, and murders itself. --John Adams
You can't spell LIBERALS without LIES !
“I tried to convince myself that because Brett did not rape me” - Dr. Christine Ford testimony.

But why would anyone blame congress? Everyone with half a brain knows it is all Obama's fault.

I think one of the best and most accurate polls are produced by Rasmussen.

People have a low regard for Congress but they tend to re-elect their representative. This poll is pretty meaningless.

Yah, we think they're a bunch of idiots and then we re-elect our idiot.

It's simple enough. When the economy hits rock bottom they blame congress for not doing enough to counter Obama's mismanagement. Democrats have held the majority in the senate for four years. The republican majority in the house is barely 8 months old. Give them a chance.
W

Poll shows a new low in Americans approval of Congress -- 14%
October 5,`11  &#8201;New polling shows congressional popularity is at an all-time low of 14 percent. Youd be surprised at some of the things in history that have been more popular than the current Congress.

After nine months of contentious battles on Capitol Hill, Americans have reached a new level of disgust toward Congress that has left nearly all voters angry at their leaders and doubtful that they can fix the problems facing the country. Whether Republican, Democrat or independent, more Americans disapprove of Congress than at any point in more than two decades of Washington Post-ABC News polling. Just 14 percent of the public approves of the job Congress is doing, according to the latest poll. That is lower than just before the 1994, 2006 and 2010 elections, when the majority party was on the verge of losing power in the House.

For most its not just a casual dislike of Congress: Sixty-two percent say they strongly disapprove of congressional job performance. An additional 20 percent somewhat disapprove. Only 3 percent of Americans said they strongly approve of the performance of lawmakers on Capitol Hill  essentially as low as possible, given the polls margin of error of four percentage points. With Democrats running the Senate and Republicans in charge of the House, no group of voters is pleased. Just 18 percent of Democrats, 13 percent of independents and 13 percent of Republicans approve of Congress. Government right now, its so separated and so divided, said Jason DeMello, 37, a registered Democrat in Haverhill, Mass. As a normal, average American, its discouraging that these are the people leading the country.

DeMello said he voted for Barack Obama and believes that the president needs more time to make the changes he promised, but he is losing faith in Congress. I remember when 9/11, that unfortunate day, you saw all the American flags hanging on houses, he said. And it went away. It went away so quickly. Wheres the patriotism? Everyone is out to bicker and argue instead of coming together. Aaron Grady, 18, of Slidell, La., said that Congress is pretty hit-and-miss with me. A lot of the things they do are not right. And they get some things done that I can agree with. Grady, who is unemployed, did not name specific things that pleased or displeased him.

The public distaste for Congress follows a prolonged fight in July and August over increasing the governments ability to borrow money. As part of a deal to raise the debt ceiling, lawmakers agreed to find at least $1.2 trillion in savings or else have a comparable amount of cuts automatically made to domestic and defense spending over the next decade. A special bipartisan congressional committee is tasked with finding those savings. That complicated arrangement, after months of private negotiations and public disputes, has left both Congress and the president politically wounded.

I'd gladly trade in Boxer, Feinstein and Pelosi...for starters... 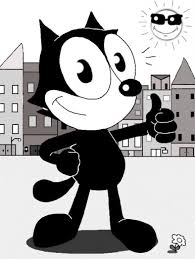 Americans are philosophically divided into impasse politics and that division in the American people is being reflected in Congress.

We see examples of impasse politics every damned day on this board.
B

Like the Congressional approval rating, impasse politics is a race to the bottom.
Bet 99% of us all arrive at the same time as it continues.

Please help me out! What is meant by "impasse politics?"


editec said:
Americans are philosophically divided into impasse politics and that division in the American people is being reflected in Congress.

We see examples of impasse politics every damned day on this board.
Click to expand...

But having said that, how does this (impasse politics") fit the description of Congress. The accomplishment of preventing the passage of legislation does not mean that it is in an "impasse." Even when Congress appears to be doing nothing, they are actively doing something.

The Members of Congress may not be loyal and working in the best interest of the American people, they are actively working in the best interest of the party (either side). And the needs of the "party" must come before the needs of the people or the economy that supports Congress. It is the power and influence of the "party" (and its appearance of success) that that brings the jobs, power and influence of the Members. If they win, they have a job, alone with the staff. They get to pay themselves, before they take care of the people. It is not like they are making any sacrifice. They will let the nations jobs to outsourcer, let unemployment rise, and even allow essential services to be interrupted,; but they are still paid.

Even when Congress seems to be at an impasse, it isn't. It is done by design - it is done to further the party objectives --- not the people.

appleannie1 said:
Americans' evaluation of the job Congress is doing is the worst Gallup has ever measured, with 13% approving.

How's that only knowing how to say "no" working for you? Wink wink.
Click to expand...

I'm sorry, are you assuming this poll shows encouraging support for one party in Congress but disapproval for the other one? I'm a conservative and I strongly disapprove of the job Congress is doing but for different reasons than a liberal would and that disapproval will continue until these people start remembering they are not little dictators sent there to ram unwanted law down our throats. Congress represents government to the people - not a particular party. I'd like to think you already knew that it is NO secret a lot of people have a strong anti-government thing going on right now. Are people pleased with their government? Not at all. Maybe you missed the poll question about whether people believe Congress is governing with the consent of the people or not -79% of the people say our own government is governing WITHOUT the consent of the people. The disapproval ratings for our GOVERNMENT are pretty significant. When they get this far out of whack it usually indicates a sharp course correction is about to be made. Midterm results are always a strong indication of what is to come in the general election if those in power refuse to heed the warning.

Whose course do you think is going to be "corrected" come 2012? Wink-wink.

No Republican won their election at midterm by promising to work WITH Democrats and Obama -but by promising to OPPOSE them. Think they realistically stand a chance of being re-elected if they come back and instead of talking about how they stood up to Democrats said they had broken their campaign promise and decided to be the Democrats' lackey instead? LOL Only way to know what the constituents of each Congressperson up for re-election really think about the job they are each doing individually is to check their individual approval ratings and it isn't looking too good for one party in particular come 2012. Wink wink.
Liberals and leftists are near sociopathic liars, many have crossed into blatant sociopathy. They believe it is completely acceptable because they think their goals are so PURE and so NOBLE-Y, it justifies the use of just about any means to achieve them. Nothing is beneath them. If you really want to know what the left is up to, you must ignore what they SAY and watch what they DO.​
W

Its official: Congress ended its least-productive year in modern history after passing 80 bills  fewer than during any other session since year-end records began being kept in 1947. Furthermore, an analysis by The Washington Times of the scope of such activities as time spent in debate, number of conference reports produced and votes taken on the House and Senate floors found that Congress set a record for legislative futility by accomplishing less in 2011 than any other year in history.

The Senates record was weakest by a huge margin, according to the futility index, and the House had its 10th-worst session on record. Of the bills the 112th Congress did pass, the majority were housekeeping measures, such as naming post office buildings or extending existing laws. Sometimes, it was too difficult for the two chambers to hammer out agreements. More often, the Senate failed to reach agreement within the chamber.

That left much of the machinery of the federal government on autopilot, with the exception of spending, where monumental clashes dominated the legislative session. Absent unified party control with a bolstered Senate majority, I think its just very hard to get things done, particularly in a period when revenues arent growing and the decisions are how to cut, and how to cut in the long term, said Sarah Binder, who studies Congress as a Brookings Institution scholar and professor at George Washington University. Congress just isnt very good at solving long-term problems.

The futility record could be short-lived. The full House returns from a monthlong Christmas break on Tuesday to begin the second session, but all sides expect election-year paralysis, meaning some of the usually routine bills may run into trouble.

appleannie1 said:
Americans' evaluation of the job Congress is doing is the worst Gallup has ever measured, with 13% approving.

How's that only knowing how to say "no" working for you? Wink wink.
Click to expand...

Obama is causing all of that!

Amazing that a higher precentage of Republicans approve of congress than the % of Democrats do.
You must log in or register to reply here.

A Childrens Primer on Politics?

More Support of Israel from The Liberal Democrats

N
Congress is overwhelmed virtually all the time

Biden Sets Yet Another Disapproval Record
2