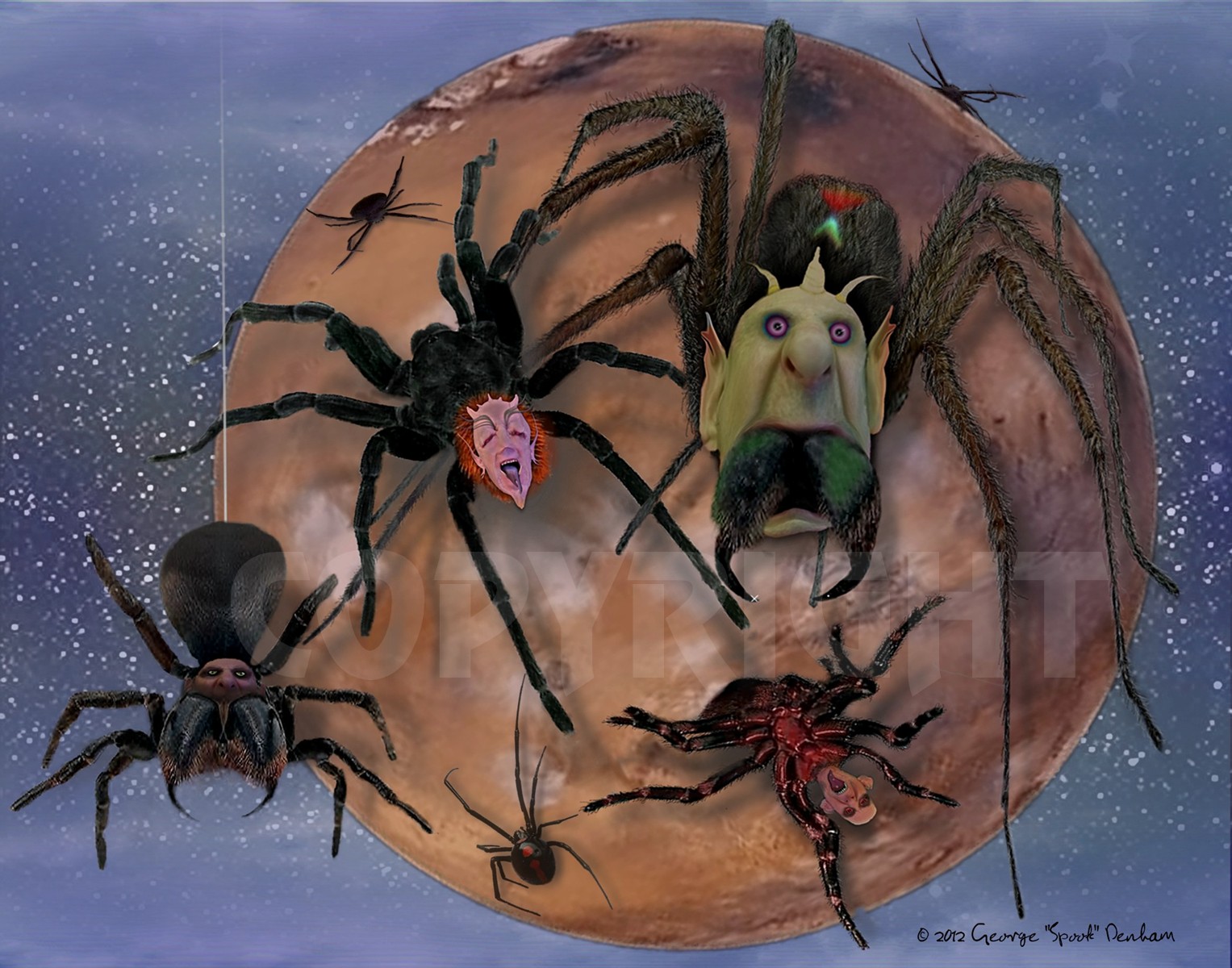 ...is an insidious evil plan to slow the earth down by Martians so Earth will rotate at 24 hours 37 minutes and 22.63 seconds every day thereby making Earth days more acceptable to Martians.

Those damn spiders from Mars are evil I tell you!

First US Offshore Wind Farm Opens Off Rhode Island's Coast
December 12, 2016 — The nation's first offshore wind farm has opened off the coast of Rhode Island, ushering in a new era in the U.S. for the industry.

Deepwater Wind built five turbines 3 miles off Block Island to power about 17,000 homes, a project costing about $300 million. It announced Monday that the wind farm has begun producing energy for the grid. Deepwater Wind CEO Jeffrey Grybowski calls the opening a momentous occasion that unlocks the code of how to do offshore wind in the U.S. at a crucial time when states are trying to figure out how to replace aging power plants. “We're more confident than ever that this is just the start of a new U.S. renewable energy industry that will put thousands of Americans to work and power communities up and down the East Coast for decades to come,'' he said in a statement Monday.

Three wind turbines from the Deepwater Wind project off Block Island, Rhode Island​
Abigail Ross Hopper, director of the Bureau of Ocean Energy Management, said the wind farm proves that offshore wind can happen safely and efficiently. “We've gone from the theoretical to the actual and you can't replace that with any model,” she told The Associated Press in a recent interview. “To be able to go and see turbines spinning in U.S. waters is incredible.”

Deepwater Wind installed the wind farm over two years, with the five turbines installed in August. National Grid is buying the output. It had planned to open the wind farm in November, but it took more time to get final approvals from regulators. The company said this month that a turbine wasn't turning because its generator was damaged by a drill bit left inside but that the issue wouldn't delay the startup. Deepwater Wind was selected as the state's offshore wind developer in 2008. Many Block Island residents supported the wind farm as a way to drive down the island's high energy costs, though some opposed it out of fear that the turbines would dramatically alter ocean views that both residents and visitors enjoy. 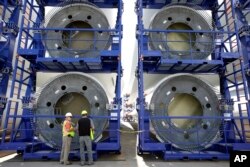 Workers stand near over-sized racks holding sections of wind turbine towers at a staging site at Port of Providence, in Providence, Rhode Island​
The wind farm is expected to supply about 30 megawatts of electricity annually. National Grid said that is more than enough to meet Block Island's current demand and the excess will be redirected to mainland Rhode Island through a submarine cable. The offshore wind industry is far more advanced in Europe. Grybowski said the industry is focusing on markets where states have indicated a strong interest in developing an offshore resource, including New York and Massachusetts. Deepwater Wind is negotiating with a New York utility to build a 15-turbine wind farm off eastern Long Island.

Comey had the FBI only look at emails from hillary to huma, not from huma to KGB

how to defeat the evil nation of chaz without loss of life !
2 3

Covid Antivaxxers are not a suicide cult. It is worse.
4 5 6

I think he is right about this
2

Biden using your money for hotels for illegals while homeless Vets sleep on the streets. Is that the new American Way?
3 4 5

The Olympic Gymnastic Session is Racist!!!
5 6 7