GSA chairwoman says threatened, top Detroit officials. This has gone way beyond a partisan disagreement over numbers of votes. This is a violent criminal takeover, using the stupidest of liberals for cover. 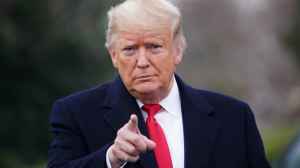 When you are president and head of the Executive Branch, you can order your appointees to do things. So why does Trump lament that perhaps the most important department head in his administration, Bill Barr, looks the other way as official after official receives death threats if they don’t stop standing up for election integrity?

These are clear cases where the DOJ should already have been heavily involved, and revealing to the world what kind of people we are up against. These are not just disagreements over election numbers. These are violent thugs.

In Wayne County two Republican election certifiers at first refused to certify the results, then reversed course after receiving the most despicable kinds of threats.

“I have received text messages with graphic photos of naked, dead women. And then a photo of my daughter, letting me know that that’s what’s going to happen to my daughter,”

This is a critical county which includes Detroit. These are key election officials. This should have skyrocketed to the top of Bill Barr’s to-do list. And Trump’s.

It is hardly enough that Michigan AG Dana Nessel says she is investigating. She has been making threats to witnesses of fraud herself (“Michigan Attorney General Attempts Election Interference by Intimidating Trump Lawsuit #DetroitLeaks Witness“)
Click to expand...

Because there isn't any fraud.

You rubes just don't know what's happening.
You must log in or register to reply here.

FLASHBACK: Biden Suggested Only “Dictators” Legislate By Executive Order, Then He Signs 33 In His First Week
2

Why are these things going on?

Jesus Wasn't the Only Man to Be Crucified. Here's the History Behind This Brutal Practice.

The Republican Party is embracing lunacy and madness
8 9 10