Why I support reparations — and all conservatives should

Relative Ethics said:
Without European exploitation, Africa may have been as rich as Europe.

Before Russian Revolution, Russia was one of the poorest Nations. Up to late 1940s, starvation was a reality in some regions. During WWII starvation was universal. Now Russia is a First World nation.

I am grateful to Russia for playing the greatest role of any mortal humans in defeating Nazi Germany and saving Humankind. I am proud of Leon Trotsky and Jewish scientists who helped make Russia a Superpower and a First World Nation.
Click to expand...

Russia is not a first world nation

its Central America with nukes

but collectively the country is a mess
Psalm 14:1 The fool says in his heart, "There is no God."
I

IM2 said:
This speaks for itself.

Why I support reparations — and all conservatives should

Like most conservatives, I’ve scoffed at the idea of reparations or a formal apology for slavery. I did not own slaves, so why would I support my government using my tax dollars for reparations or issuing an apology? Further, no one in the United States has been legally enslaved since 1865, so why are Black people today owed anything more than the same freedoms and opportunities that I enjoy?

I remain unconvinced that an apology would have much real value, but the more substantive notion of reparations is worth discussing. In fact, it could be argued that the idea fits within the conservative philosophy. We’ll come back to that. But it is undeniable that White people have disproportionately benefitted from both the labor and the legacy of slavery, and — crucially — will continue to do so for generations to come.

When slavery was abolished after a bloody civil war, African Americans were dispersed into a world that was overtly hostile to them. Reconstruction efforts were bitterly resisted by most Southern Whites, and attempts to educate and employ former slaves happened only in fits and starts. The government even reneged on its “40 acres and a mule” pledge. After slavery, prejudice and indifference continued to fuel social and economic disparity.

The result is unsurprising. As noted by scholars A. Kirsten Mullen and William A. Darity Jr., co-authors of “From Here to Equality: Reparations for Black Americans in the Twenty-First Century,” data from the 2016 Survey of Consumer Finances showed that median Black household net worth averaged $17,600 — a little more than one-tenth of median White net worth. As Mullen and Darity write, “white parents, on average, can provide their children with wealth-related intergenerational advantages to a far greater degree than black parents. When parents offer gifts to help children buy a home, avoid student debt, or start a business, those children are more able to retain and build on their wealth over their own lifetimes.”

Black author and activist Randall Robinson has argued that even laws such as those on affirmative action “will never close the economic gap. This gap is structural. … blacks, even middle-class blacks, have no paper assets to speak of. They may be salaried, but they’re only a few months away from poverty if they should lose those jobs, because … they’ve had nothing to hand down from generation to generation because of the ravages of discrimination and segregation, which were based in law until recently.”

In addition to the discrepancy in inherited wealth, even conservatives should be able to acknowledge that Whites enjoy generational associations in the business world, where who you know often counts more than what you know — a reality based not so much on overt racism as on employment and promotion

Who gets reparations? All blacks? Not everyone who is here had family who were slaves.How do you think the Black Community is going to react if some do and others don’t?
What are you going to tell those whose family came after 1865 or if THEY came to this Country?
Thick Black against Black Violence is bad now? You ain’t seen nothing yet !!!

IM2 said:
I support democrats because:

I asked your fellow DemoKKKrat below if this is true, and he said "Yes, absolutely!" 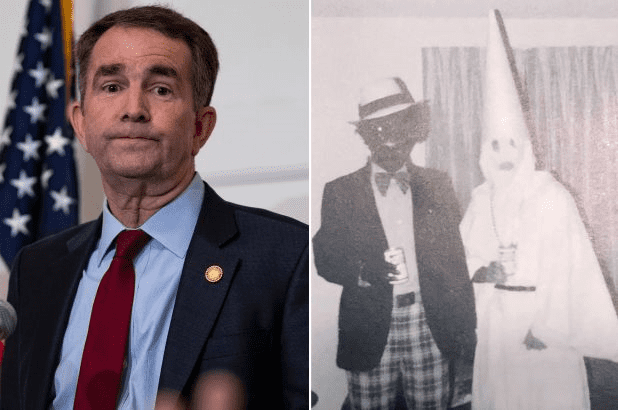 Joe Biden is white trash
You must log in or register to reply here.

Thought I Knew the Biggest Horrors of Systemic Racism -- Until -- Soap Dispensers.

Are reparations even possible?
2 3

Why Liberals Are Just Making This Up!

Will Mike Pence ever stand up for himself?
4 5 6

Shades Of Nazi Germany: Biden Wants Americans To Report / Turn In 'Radicalized' Friends And Family To His Govt
23 24 25

How about another stimulus check to fix the problems Biden created?
13 14 15

Would Jesus approve of this non-Christian?
2 3

New Strategy From Rittenhouse Defense Team; He Was Just Hunting
22 23 24